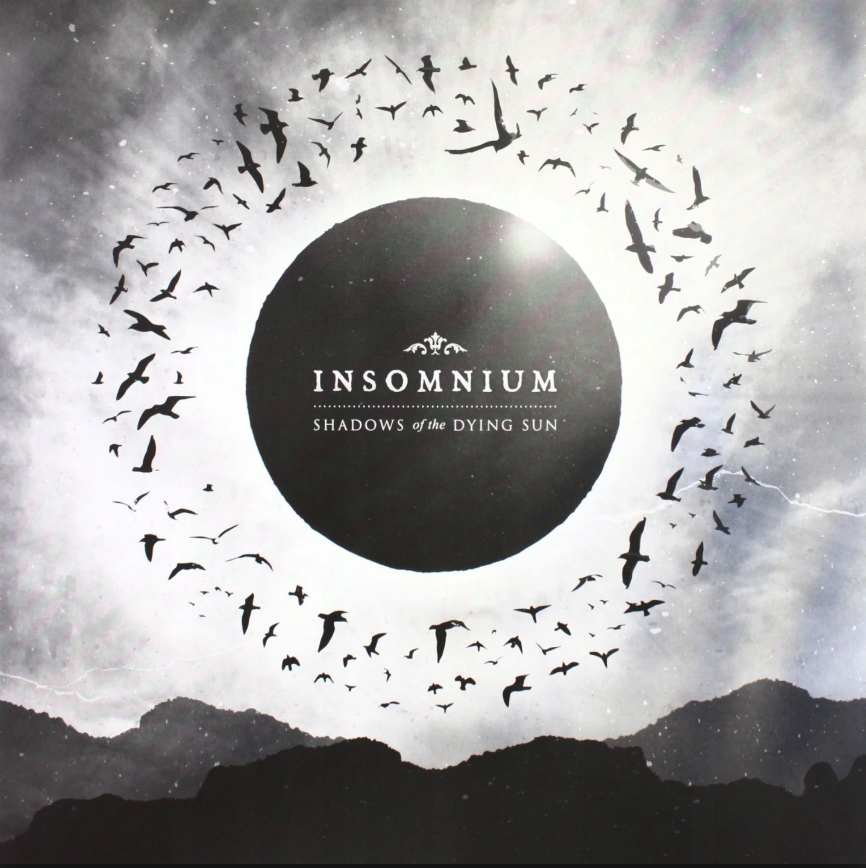 ‘Shadow of the Dying Sun’ is the sixth studio release from Finland’s melodic death metal scene Insomnium. They have come a long way in their musical progress since their Demo release in 1999. Insomnium creations are filled with obscure sounds and haunting melodies encompassed by very dark lyrics about pain, life, nature and experiences that change us. We had the opportunity and pleasure to catch up, although very briefly, with the band during their stop at Download Festival 2015 to share a beer and discuss their music, inspirations and future projects.

HMA: Playing at Download Festival is quite a big deal, are you excited?

Insomnium: Yeah, it’s really, really good to be here finally. All the past years, I’ve been looking at the download line-up thinking: “Fuck, this is a really big festival, I need to be there someday” and now, finally we are here, so of course we’re happy.

HMA: Have you watched any bands today?

Insomnium: No we left early from Manchester at 2:00 and we came here at 3. Basically, we tried to watch a show but then we walked halfway through the 2nd tent and then I saw the tent in the distance over there. Fuck, that’s so fucking long way.

HMA: How has been the response from your last album ‘Shadows Of The Dying Sun’?

Insomnium: Yeah, we are really happy with the response. Basically, when we’ve got the album wrapped up, we knew that it will be released from by them. The reviews keep coming in and all that basic feedback and it’s really, really positive. It seems that everybody likes it, even the people who are not like true metal heads or something. But they are still really, really good response throughout the album

HMA: Your lyrics are very, very dark seem to be centred on themes of nature, pain, sorrow and darkness; where do you get your inspirations?

Insomnium: Niilo Sevänen and Ville Friman have a really different approach. Ville uses more life events and what’s happening around him and what’s happening in the world. They serve as his inspiration and how fucked up things are at the moment, that’s mainly his approach. Niilo gets the inspiration from literature and poems and that kind of stuff. Niilo is more like the fantasy-oriented person in that sense.

HMA: Are you involved at all in the artwork? Do you decide how to do the after work for your albums?

Insomnium: Well, we have used Wille Naukkarinen for the past few albums. He has always got an album, point and message basically. He just sends us the rough sketches and then we comment on them. What needs to be changed and what kind of atmosphere we are looking for, that kind of stuff. We are not doing them ourselves of course. It’s just like giving tips of what we want more than what kind of feeling of the pictures should be, he is really good at interpreting our style, really doing well.

HMA: What are the future plans for Insomnium?

Insomnium: We are playing a few some more festivals this summer and then we are going to start our North American tour at the beginning of August. It will be hot as hell.

HMA: Are you supporting or headlining?

Insomnium: No, we are headlining the tour, five weeks.

Insomnium: Well yeah, it’s been going good there. It’s supporting tour on January in the States for five weeks also.

HMA: You have a European tour planned?

Insomnium: Well, there are some discussions going on but nothing confirmed at the moment, so I really can’t say anything about that. There might be or they may not be, I don’t know yet.

HMA: Hopefully there will be some plans soon for EU tour. Thank you so much for taking the time to talk to us.