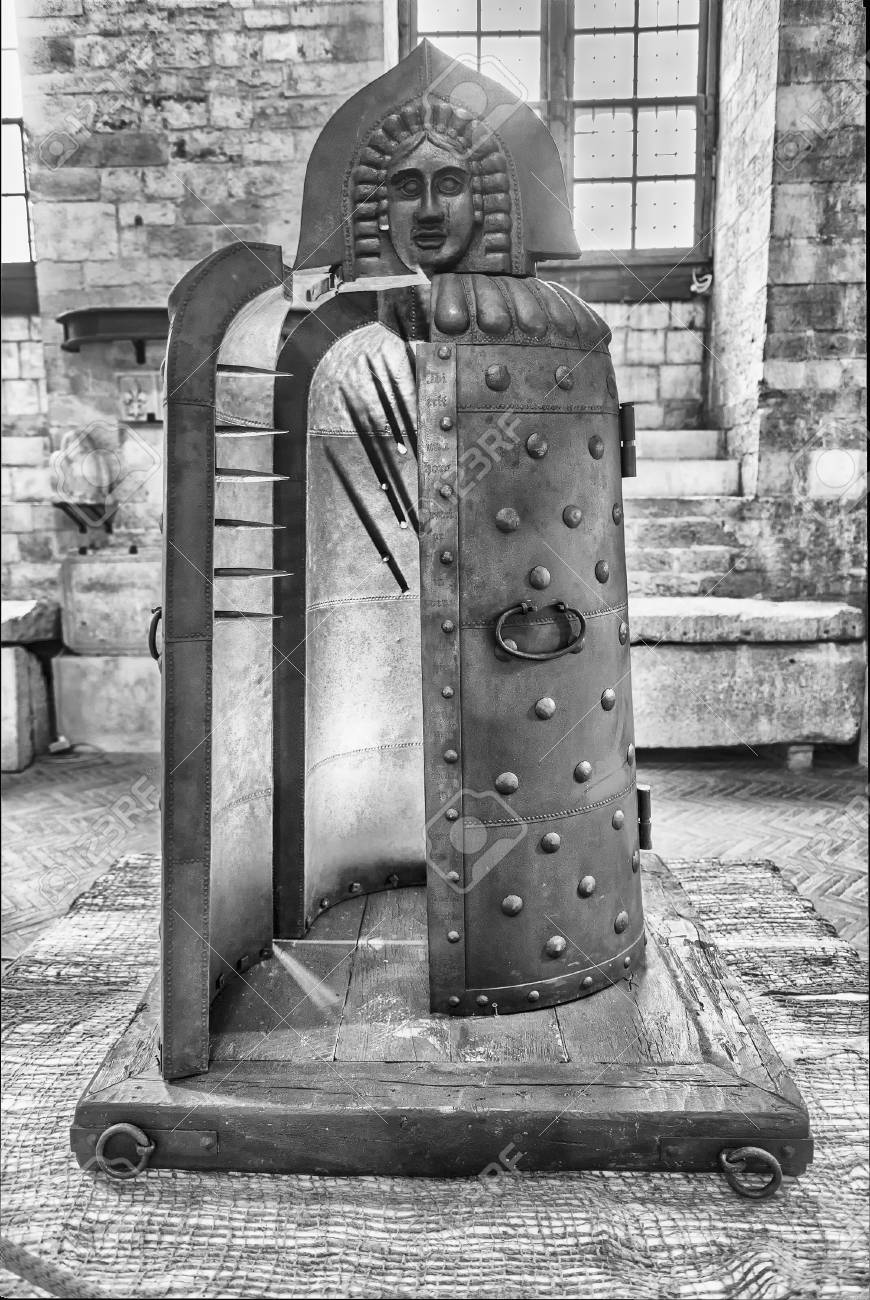 CRUX, an instrument of capital punishment, used by several ancient nations, especially the Romans and Carthaginians. The word Cross is also applied to Persian and Egyptian punishments, but Casaubon (Exer. Antibaron. XVI.77) doubts whether they describe the Roman method of crucifixion. From Seneca (Cons. ad Marc. XX, Epist. XIV.1) we learn the latter to have been of two kinds, the less usual sort being rather impalement than what we should describe by the word crucifixion, as the criminal was transfixed by a pole, which passed through the back and spine and came out at the mouth.

The cross was of several kinds; one in the shape of an X, called crux Andreana, because tradition reports St. Andrew to have suffered upon it; another was formed like a T, as we learn from Lucian (Judic. Vocal. XII), who makes it the subject of a charge against the letter.

The third, and most common sort, was made of two pieces of wood crossed, so as to make four right angles. It was on this, according to the unanimous testimony of the fathers who sought to confirm it by Scripture itself (Lips. De Cruce, I.9), that our Saviour suffered. The punishment, as is well known, was chiefly inflicted on slaves, and the worst kind of malefactors (Juv. VI.219; Hor. Sat. I.3.82). The manner of it was as follows:— The criminal, after sentence pronounced, carried his cross to the place of execution; a custom mentioned by Plutarch (De Tard. Dei Vind), and Artemidorus (Oneir. II.61), as well as in the Gospels. From Livy (XXXIII.36) and Valerius Maximus (I.7), scourging appears to have formed a part of this, as of other capital punishments among the Romans. The scourging of our Saviour, however, is not to be regarded in this light, for, as Grotius and Hammond have observed, it was inflicted before sentence was pronounced (St. Luke, xxiii.16; St. John, XIX.1, 6). The criminal was next stripped of his clothes and nailed or bound to the cross. The latter was the more painful method, as the sufferer was left to die of hunger. Instances are recorded of persons who survived nine days. It was usual to leave the body on the cross after death. The breaking of the legs of the thieves, mentioned in the Gospels, p371was accidental;a because by the Jewish law, it is expressly remarked, the bodies could not remain on the cross during the Sabbath-day. (Lipsius, De Cruce; Casaubon, Exer. Antibaron. XVI.77.)

FURCA, which properly means a fork, was also p563the name of an instrument of punishment. It was a piece of wood in the form of the letter A, which was placed upon the shoulders of the offender, whose hands were tied to it. Slaves were frequently punished in this way, and were obliged to carry about the furca wherever they went (Donat. ad Ter. Andr. III.5.12; Plut. Coriol. 24; Plaut. Cas. II.6.37); whence the appellation of furcifer was applied to a man as a term of reproach (Cic. in Vatin. 6).a The furca was used in the ancient mode of capital punishment among the Romans; the criminal was tied to it, and then scourged to death (Liv. I.26; Suet. Ner. 49).b The patibulum was also an instrument of punishment, resembling the furca; it appears to have been in the form of the letter ? (Plaut. Mil. II.4.7, Mostell. I.1.53). Both the furca and patibulum were also employed as crosses,c to which criminals were nailed (in furca suspendere, Dig. 48 tit. 13 s.6; tit. 19 s.28 §15; tit. 19 s.38). See Lipsius, de Cruce.