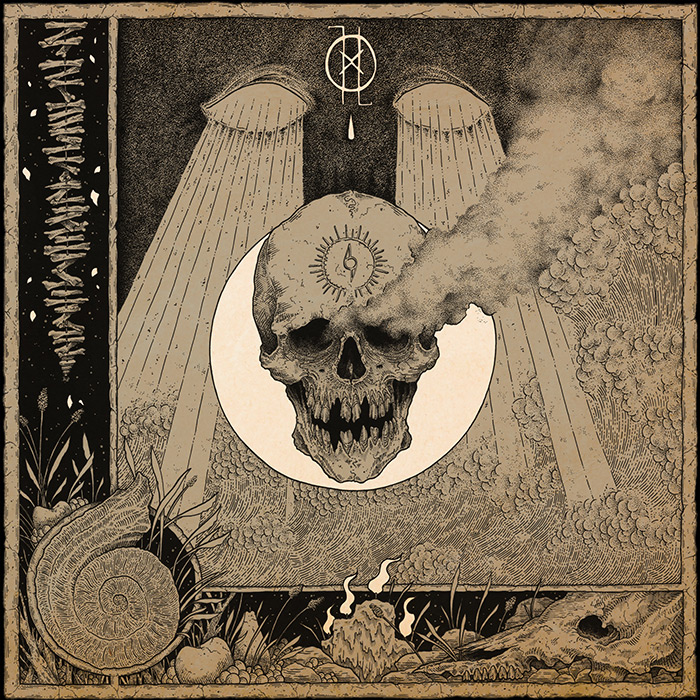 Art should be self indulgent

I’ve drawn ever since I could hold a pencil. I know it’s cliche, but it’s true. As far as I can remember it’s always been the weird stuff, monsters and demons etc. I’m really grateful that my parents let me roll with it from a young age, and just kept me fully stocked with pencils and paper. Every so often they’d ask about a drawing, but they never tried to persuade me to draw a house with a rainbow or anything. In school I always looked forward to art class. I remember being excited to try all the different materials and see the different textures they produced. I leaned more towards pencils and water colours than anything else.

After I left school I tried two different art classes in college. Only part-time evening classes, nothing serious. The first had one lesson that involved drawing. The rest of the course was painting or pastels. I stuck it out until the end, but didn’t feel I took that much away from it. The second class seemed to be aimed more towards drawing, pattern, technique etc but unfortunately it was cut short due to lack of participants. Ever since then my classroom has been a corner of the house with my desk and pens.

It’s only been the past 3 or so years that I’ve been doing regular artwork for bands. It started out from someone liking the work I was creating for myself and posting online. Once I’d posted the end result and people knew it was for a band, that set the ball rolling. I’m fortunate that 90% of the bands who get in touch play the kind of music I generally listen to. I use music as a constant source of inspiration, usually the dark noisy stuff, so I guess that comes out in my drawing.

I’d describe my technique as traditional pen and ink illustration. I draw up a rough sketch for composition purposes, then use a light pad to produce a cleaner sketch. Then use the light pad to ink over the clean sketch. My main tools are HB pencils, pigment liners, and my light pad. I’ve only had it for a year or so, but it’s helped me clean up my work so much. I never work without it now. I do use Photoshop for a couple of finishing touches. For instance I usually add a coloured filter to help the details come forward a little more. I’ll also add my name digitally, as well as signing the piece by hand within the drawing.

I feel the bands I’ve worked with up until now have respected my work enough to see what I come up with for them, and for that I’m eternally grateful, it’s a big compliment. One of my favourite commissions was for a band called Sunwolf. They gave me the opportunity to listen through their album and draw what I heard. The end result was a set of three black and white prints. To be given that freedom, and artistic respect, is a huge compliment.

The moment you create to please others before yourself, you’re doing it wrong. Obviously when it comes to client work, it helps to be able to work with their ideas, but only if you both sides are happy with the end result. Never cut yourself short. There’s a huge difference between picking an artist to draw the images that you have in your head just because they can draw, and picking an artist based on their portfolio of work to suit the band’s style. When it comes to personal work, my aim is to draw for me. To draw what I want to see, or at least try. I don’t hold back in case someone happens to be offended, but I also don’t set out to shock. I haven’t had any hate mail yet, so that’s good, I think. Other than a few questions about some of the female characters in my early work from people concerned I was maybe being misogynistic. I wasn’t.

Music and visual art couldn’t be a more perfect combination in my opinion. Both can tell different sides to the same story, and bringing them together makes perfect sense. I often find art makes me hear music, and music often makes me see landscapes and characters. I use music as my main source of inspiration. I’ll often look back at completed work, and remember what I was listening to whilst drawing certain parts. In regards to using symbolism in my work, it’s more a sense of what it means to others rather than myself. I love reading how people with differing mindsets use various symbols, and it’s what that means on a psychological level that intrigues me. I see the universe through a thick pair of Atheist goggles. But that doesn’t stop me being in awe of the stories, theories, and imagery that comes with the natural wonder we have as human beings.

I’m a big fan of Greek mythology. Mainly how the stars and constellations we see, all have names, purposes and stories. When it comes to my work being dark in a thematic sense, it stems from my love of the strange from being young. As I’ve gotten older I’ve found a lot of the old renaissance dark art offers a lot of inspiration. Small snippets of a larger story, filled with clues and hints. During the times of letting things settle I like to read, walk my dogs, and write music. I’m also an avid gamer. I’m currently reading House Of Leaves. It’s a tough read, but the rewards are worth it so far. It’s the only book I’ve read that brings on my anxiety. There’s a lot to learn about human psychology and the way we’re wired. I’m also reading The Satanic Bible. Learning the reasons why certain rituals are performed, and how.

If I had to pick one piece of cover art that sums up my style, I’d probably pick the album art I did for Underling in 2015. They gave me a brief description of the theme, and let me have fun with it. The album is called ‘Bloodworship’ and deals with a lot of personal issues and life events certain members of the band had experienced. I wanted to show signs of light within dark, life alongside death, and the act of releasing stress and/or worry. The collection of small bones on the left, I saw as a monument to the various things we deal with, and how we’re often still stood upright and able to recollect what it took to get through them. The music is intense, in your face, and relentless, so I felt the cover had to be seen in a similar sense. I used a mix of stippling and crosshatch.

I’ve done two small exhibits. The first being in a local tattoo shop alongside other artists of various styles. It was possibly one of the scariest things I’ve done when it comes to sharing my artwork. There’s a monumental shift from sharing work online and knowing there are a good number of eyes on each piece, to being in the same room as someone you’ve never met, standing in front of something you’ve created, taking it all in and judging (rightly so) every corner. It’s light years out of my comfort zone, but that’s why I did it.

The second exhibit was an all day metal event last year. A full day of doom/stoner bands, with an area of the building dedicated to a group of respected visual artists. To be included within that group was an honour. It took me a short while to agree to attending. Not because I couldn’t decide if I wanted to or not (I most definitely did) but my anxiety and comfort-zone reigns started to pull tighter. In the end I agreed and it was one of the best decisions I’ve made yet. I had the pleasure of meeting a lot of new friends, and also meeting other bands/artists face to face, whom I’d spoken to online over the years. Exhibiting work definitely isn’t going to become a regular thing, but I’ll definitely do it again at some point, if only to see other artists’ work in person.