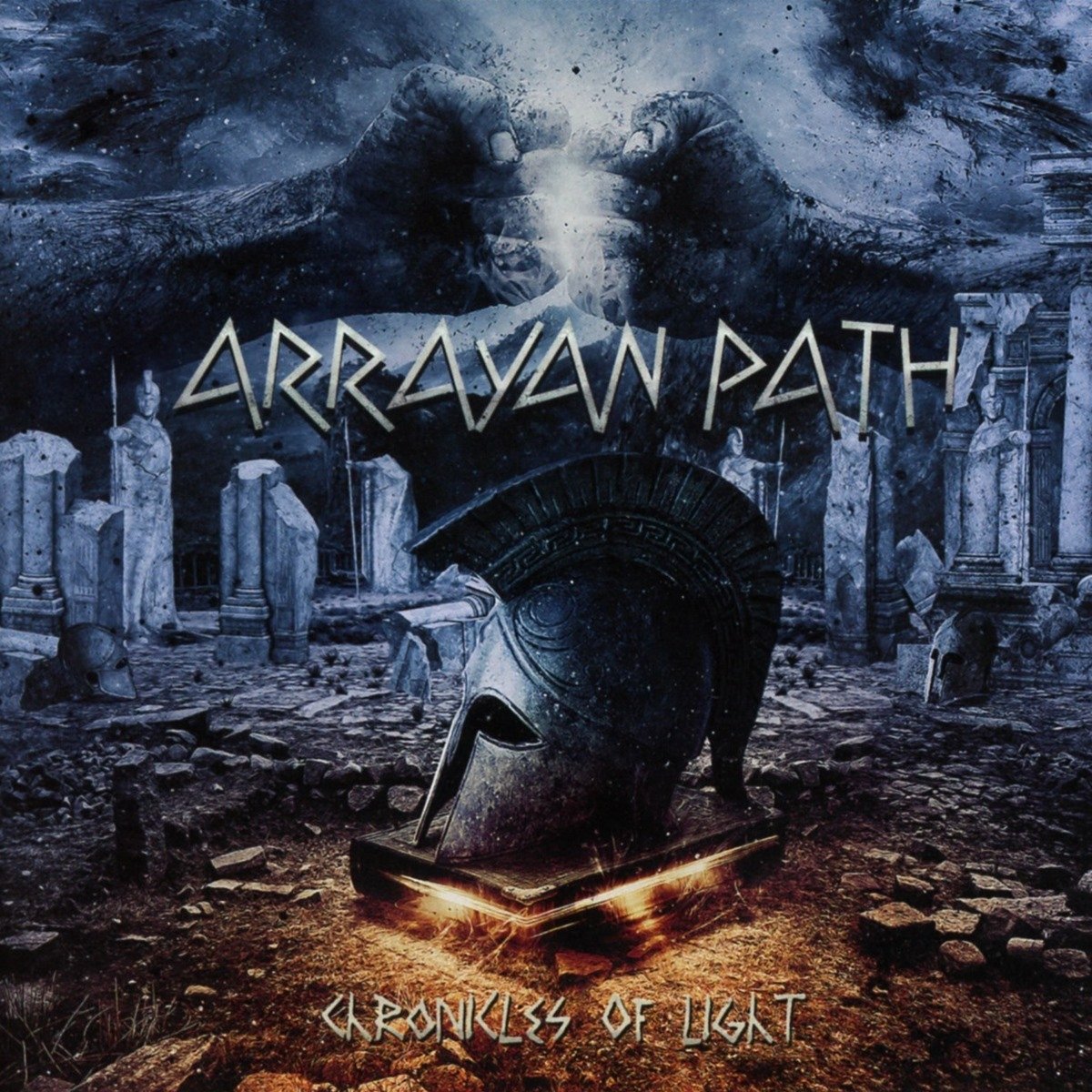 Known as Arryan Path until March 2011 when the band changed the name to Arrayan Path. “Arrayán” (Luma apiculata) is a type of plant that grows in the American continents, so an Arrayan Path would be some sort of an alley. The band was formed by Nicholas Leptos and Clement Fung in the United States. Leptos has since moved back to Cyprus. Since the release of the first album ‘Road to Macedonia’ Arryan Path was ‘re/activated’ in 2010 and has released another 4 albums since then, ‘Terra Incognita’, ‘Ira Imperium’, ‘IV:Stigmata’ and ‘Chronicles of light’.

HMA: Welcome to Heavy Music Artwork. What can you tell me about ‘Chronicles of Light’?

Nicholas Leptos: This is our 5th album and we are really proud of it. It has been a long journey since we started recording it but now we are very satisfied with the result. In this album, we have given a lot of emphasis to the melody but at the same time, this is our heaviest album to date.

HMA: Most of the band aesthetics are taken from ancient Greece. Are world cultures losing their identity and the connection to history?

NL: Well yes, with the globalization effect all over the world, it is sad that the little things that ‘betray’ the origins of the culture of each country are beginning to slowly disappear and fade away. Now they are considered ‘cliches’ and dated but in reality, it is what distinguishes each country and each culture, and what gives it its uniqueness.

HMA: How would you describe your music and sound?

NL: Arrayan Path does not have a specific style. We are described as epic/power metal but we have other elements in our music as well, such as ethnic, thrash, hard rock and even folk! The basic sound is metal and that’s what’s important. But we are moving around that ‘frame’ of genres. We don’t want to go overboard and start playing death metal for example. But it is always unexpected what you will hear next. And that was our goal!

HMA: Any song you like to point out that stands out in ‘Chronicles of Light’?

I like all the songs to tell you the truth. If I have to choose a few that stand out, well I would say, ‘Solomon seed’, ‘Gabriel is rising’ ‘December’ and ‘Ignore the pain’. For various reasons.

HMA: What are your main influences and creative inspirations apart of course from Greek history?

NL: All the cultures, mythologies and history from all over the world! Sometimes personal experiences as well. We don’t have limitations.

HMA: Lastly, can you discuss your album art and how it evolved since the band formed in 1997?

NL: Well I like all our artworks but while technology changes, the artworks are changing and the standards are going up as well. I think every one of our covers was representing the music really well. The artwork for album number 4 (IV: Stigmata) is still my favourite though. It has that certain ‘blackness’; that feeling that was very well apparent in the music, making it our darkest album.