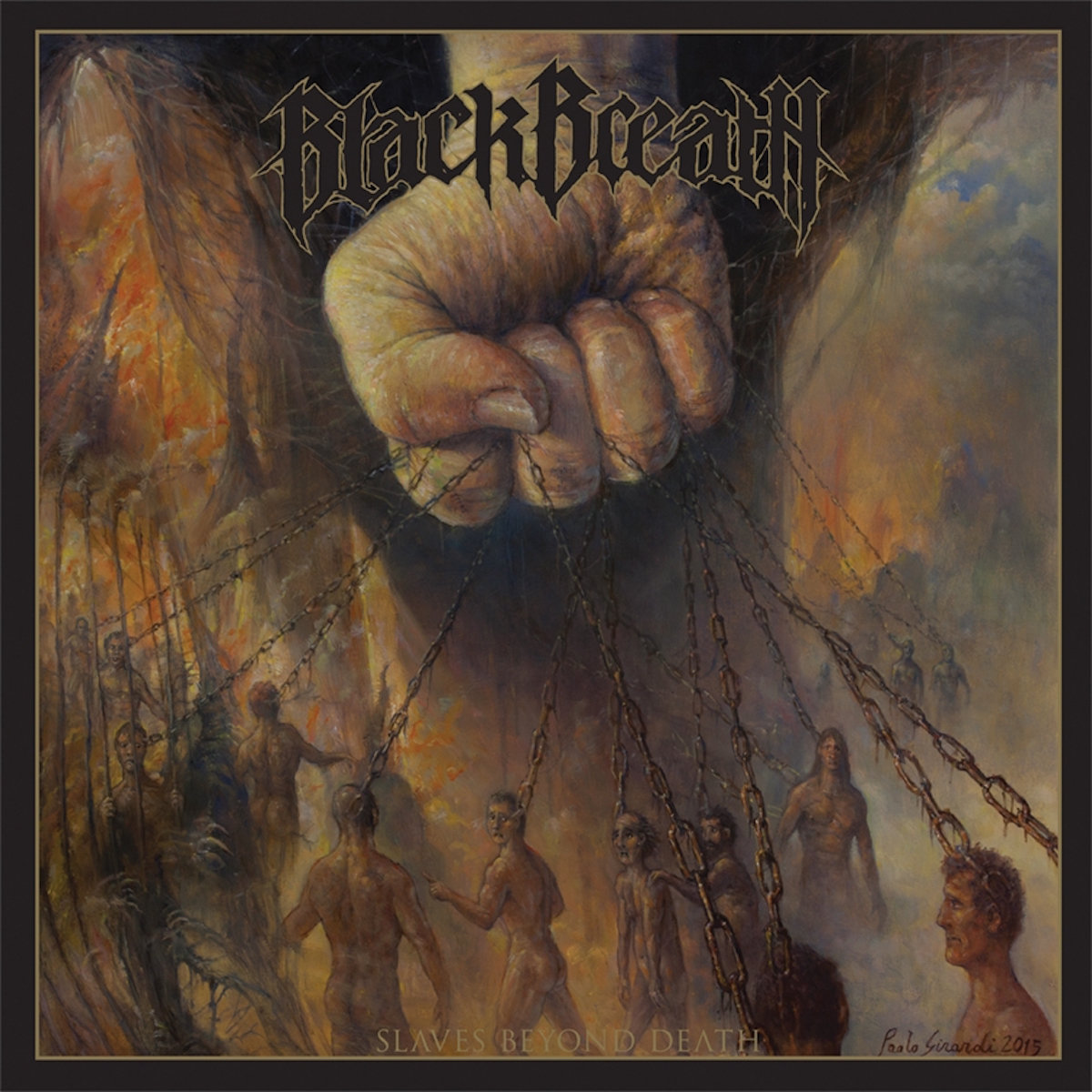 The Bringing of Light

Black breath formed in 2006 out of accretion of the digest for this so-called civilization and have been raging ever since.

HMA: Welcome Black Breath to Heavy Music Artwork. So who are the ‘Slaves Beyond Death’?

Neil McAdams: Enjoy what little joy you may take from this life because soon we will all be slaves beyond death.

HMA: What was the biggest challenges that you encountered when creating this record?

NM: Jamie was recovering from being hit by a car. Broke his leg in 4 places. He pulled it off and dropped some of the sickest drums in modern music. You cannot stop us.

HMA: Would you say that the album best represent Black Breath best work to date?

NM: I always think whatever new we are doing is the best shit. And then you push the envelope and do something better, more challenging. It’s definitely the most involved record to date.

HMA: I really like the cover art for your first album ‘Heavy Breathing’. Who is the artist and how was the cover conceived?

NM: The artist is someone who goes by the name R. Crucian and is titled “Neophyte In His Sanctum”. I cannot say any more.

HMA: I know it might tell us, go and look online… But since we have this opportunity. Could you please tell us what Black Breath is?

NM: Black Breath is a group of friends that have known and been playing in the same scenes for last 15 years.  We are dedicated to providing quality Luciferian rock and roll to the people of this world.

HMA: Paolo Girardi is responsible for the cover art. A significant departure from your previous covers. How did you get to PG and decided that his style is what ‘Slaves Beyond Death’ need?

NM: We just hit him up. He does amazing dark work. This was the first time we ever had album art done outside of the band.

HMA: On your Metal Archives profile page we read under Lyrical themes: Occultism, Satanism. Can you give us some more details? What is your take on it?

NM: Occultism is the practice of exploring hidden knowledge.  Satanism is a somewhat misleading term.  The modern and conventional idea of Satan is highly misinterpreted and completely developed by the Catholic Church. Would you believe a book written by plantation owners about the struggle of slaves in America?  it would be highly prejudiced by the plantation owners belief system. This is similar to how satanism is perceived today. Luciferian to me is a much more realistic term. The bringing of light. The pursuit of knowledge despite the fact that knowledge is painful.

HMA: Lastly… Is it all mumbo jumbo, interesting myth to inspire our miserable lives or Lucifer is much more attractive than Yahweh?

NM: It’s exactly what you want it to be. But I personally have no interest in consigning my soul to a cruel and jealous god. Thank you for using the unspoken name of God.