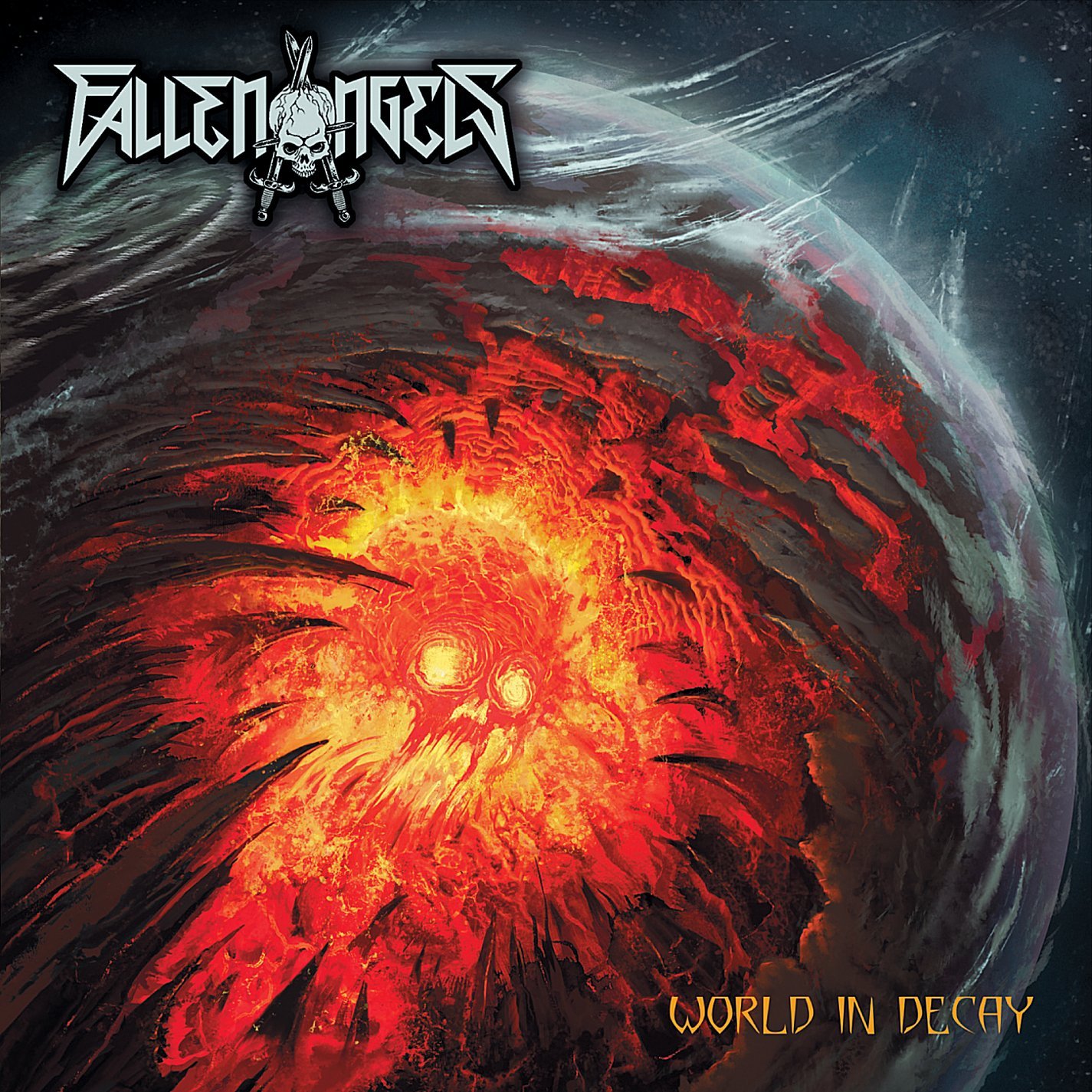 Seattle’s premier thrash band, formed in 2002. Fallen Angels have continued to be part of the underground music scene throughout the Pacific Northwest of the US since their inception, garnering growing respect from their peers in the metal scene and new fans with every show. In 2007 their music grabbed the attention of Metal On Metal Records and the band was offered a record contract. Their latest album, WORLD IN DECAY, seems poised to launch them onto the global stage.

HMA: Your latest offering ‘World in Decay’ is seriously ripping, how much work went into putting together?

Erik Hansen: A lot. This album went together a little slower than “Engines of Oppression” or “Rise From Ashes”, we had a couple new members come in and we had to get used to how everyone operates. The songs were mostly done a couple years prior to the release but we had delays with figuring out where we were going to record and there were some scheduling conflicts with Michael Rosen that led to album getting finished later but the end result was well worth the effort, we’re very pleased with how everything came together.

HMA: Compared to ‘Engines of Oppression’ are you happy with the way the ‘World in Decay’ evolved?

EH: Yes I’m very happy with the evolution of the music, for me personally as a musician I like to grow and write different songs or play with different ideas. It helps to keep from getting bored and just doing the same thing. In the beginning of the band we just wanted to play fast and heavy like Slayer or Dark Angel, when Engines came around we were getting more influenced by melody and combining that with speed and technicality. As this point, I’m very much into melody but want to capture the darkness and aggression that I still like to hear. The last few years I’ve gone back to listening to a lot more of my 70’s rock roots so I want to capture that essence in new material while at the same time never forgetting the speed and punk inspiration.

HMA: You current label I believe is ‘Cyberdyne Records’. I have looked and could not find any information. Can you tell us more about the release and production?

EH: Well the past two albums were released on a small Italian label by the name of Metal on Metal records when it came time to press and release this album we wanted to give it a shot of doing it ourselves. So Cyberdyne Records is our own imprint which our drummer Steve Spitzbart runs, it’s a take off from the Terminator movies which coincides with the song “Mortis Ex Machina” which is the last song on “World In Decay” and is about the Terminator movie. The album was recorded in Berkeley, CA with Michael Rosen. We liked a lot of his production efforts on albums from Forbidden, Vicious Rumors and Testament so Steve contacted him and he agreed to do the album.  It was a lot of fun and hard work but Michael is really cool to work with and we had a great time.

HMA: What were the biggest challenges that you encountered when creating this record?

EH: The biggest challenge was just getting the songs created and finished.  Two of our members had deaths in their families and that took their minds off the band for a while.

HMA: Lastly… Dusty Peterson created the sleeves art for it, right? Did you give any directions?

EH: We gave Dusty the general idea of the world cracking and splitting, decaying if you will but other than that we just let him come up with overall colours, details and how it would all look. I think it turned great and am super pleased with it, he took a very simple idea and made it into something that you can look at for long periods of time and pick out little things here and there.