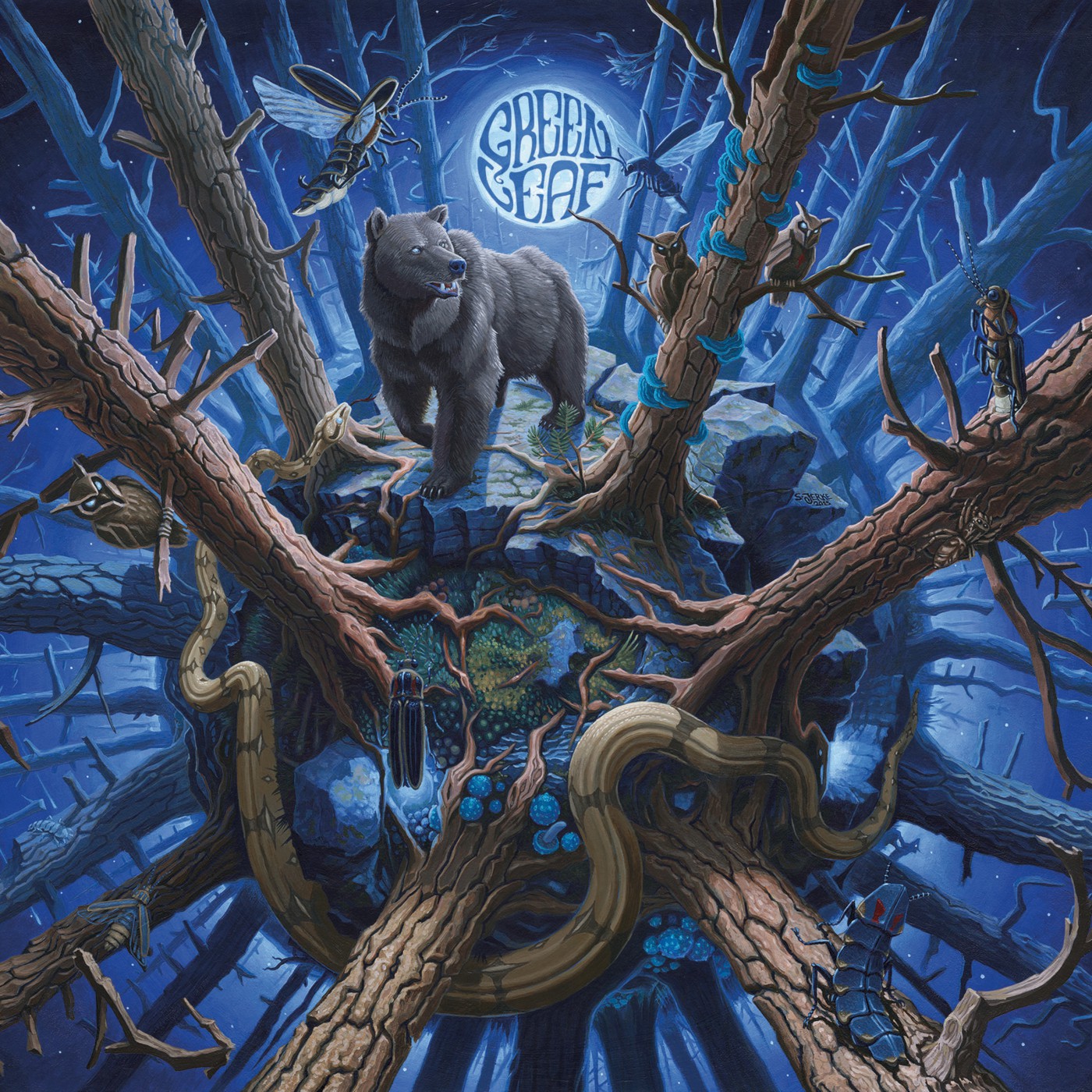 The Highway to the Riff

Swedish Greenleaf officially started playing together in 1999, the band’s members had long been involved with the local stoner rock scene. This led to a quite natural progression on both their debut four-song EP and 2001’s ‘Revolution Rock’ Full-length. After a long break allowing the band to be involved on their other ongoing projects, Greenleaf signed with Small Stone Records and released their second album, Secret Alphabets, in 2003. Subsequent LPs Agents of Ahriman (2007), Nest of Vipers (2011), and Trails & Passes (2014) were also issued via Small Stone, with 2016’s Rise Above the Meadow being their first outing with Napalm Records and releasing ‘Rise Above The Meadow’.

HMA: Welcome Greenleaf to Heavy Music Artwork. I would like to start with the band’s name, not sure if you get asked an all, but we are talking about weed, right?

Arvid Jonsson: No the name is our way to tribute spinach. We love spinach!

HMA: When we ask bands or artists about what they get inspired, a lot of the time we get “I smoke a lot of weed”. Creativity had always a relationship with narcotics of all kind. Can you tell us your experience and would you say that is it the band best and most reliable source of inspiration?

AJ: No we’re not really relying on drugs to make music it’s rather a nice side-effect when you’re touring. We make music by jam and sometimes jam makes honey.

HMA: What are your lyrics about, is there one that you are particularly proud and that represents the album the way you and the band have envisioned it?

AJ: On this record, I think both Levitate And Bow Pt 1&2 and Howl are pretty well-written lyrics and also rhymes well with the whole theme of the record. I mostly write lyrics about misfits and outcasts. Loners sort of. I’m very influenced by writers like Nick Cave.

HMA: Is the might riff still an important part of your arsenal and/or what other musical directions have you’re taken on this record?

AJ: For Greenleaf the riffs will always be important! What we’re trying to do is finding even more good stuff surrounding it. Like when you take a trip. The riff is still our main highway, but there’s no point not looking at all the sights on the way haha.

HMA: Can you tell me about the recording process? How was it done?

AJ: All the instruments were live-tracked together and then we did some guitar edits, solos and overdubs. We used the same studio and the same guy as last time: Karl Daniel Lidén. Everything was done in a total of 8 days. 4 days to put down all the instruments and overdubs. And then 4 days in another studio recording all the vocals… We usually do everything pretty fast. It’s no use overthinking it.

HMA: The cover album is incredible, Sebastian Jerke did an incredible job. How was the band involved in the process? And does it have a theme or what’s the idea of the illustration?

AJ: Well our original idea was to have a huge bear “rising above a meadow” and then Sebastian came up with the planet idea and we just loved it. The cover goes really well with lyrics since they very often reflect on the Scandinavian landscape somehow.