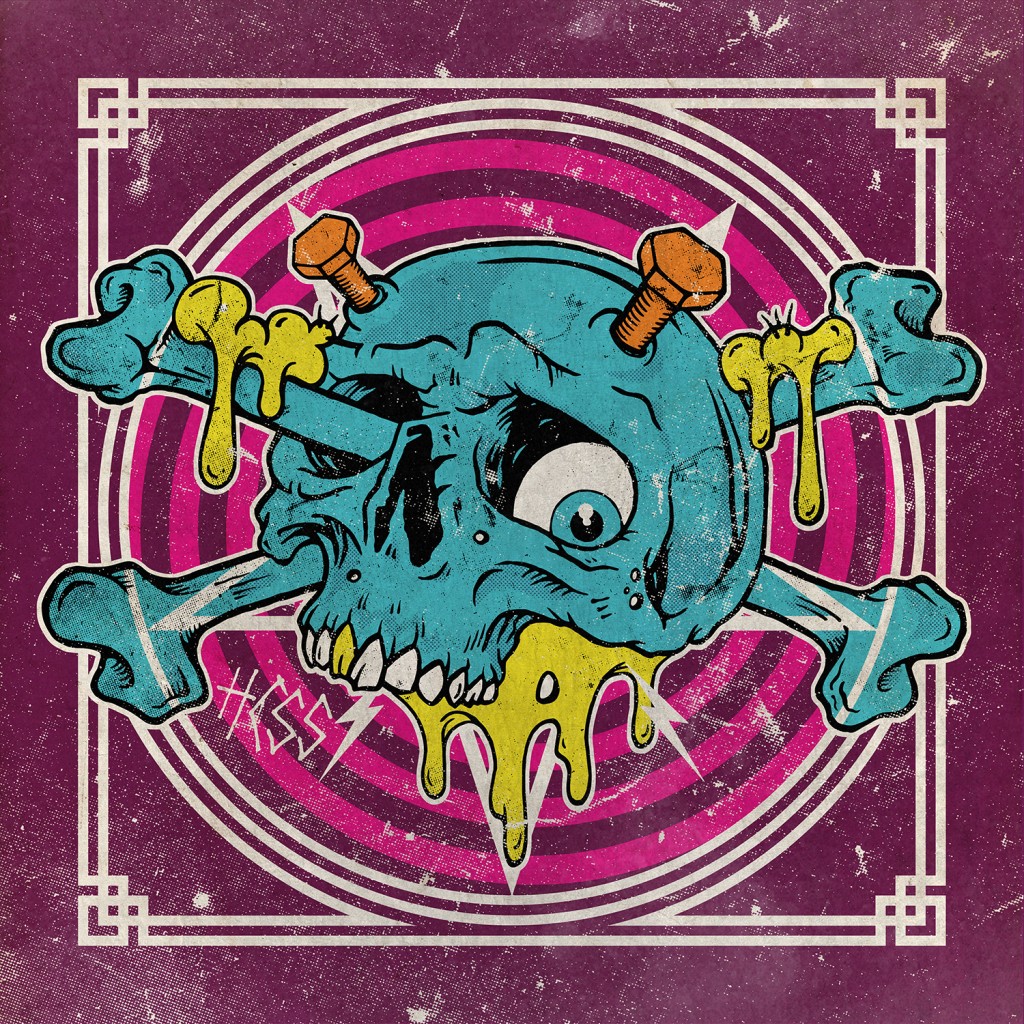 Getting louder by the day

Jocke gives me a big hug as he walks into the room after Hardcore Superstar’s show at the Electric Ballroom. “Andy, good to see you, man! How’ve you been? How’s the film work going?” I can’t say I’m not flattered he remembers me. It’s been almost two years since I last spoke with the mighty singer of these infamous Swedish hard rock hellions. Staying on top in the fast-changing, capricious rock’n’roll scene (especially sleaze/glam rock) is no easy task. Lots of bands I loved ran out of fuel in their tanks and either retired or went into a weird stasis. This can’t be said of Hardcore Superstar. The last time Jocke and I spoke, the band had released their ninth studio album ‘C’mon Take on Me’ and in 2015 they came out with ‘HCSS’. So, what gives these guys a seemingly inextinguishable inner fire? What have they got to say about their new album? Well, read on to find out.

Andy Starz (HMA): I’m going to put the recorder over here so I can pick you up better.

Jocke: Is it for fucking?

HMA: Well it ain’t for sitting that’s for sure.

HMA: Wow that’s impressive. [I’m referring to Jocke running into the crowd during the show and singing among the people.] Do you ever get worried you’re going to get molested when you do stuff like you just did during the encore?

Jocke: I hope not. Did you the guy who was choking me? I was like, “Can you please stop strangling me?”

HMA: I saw security standing behind you. I’ll be honest, I was kinda worried about you, pal. Was that something you had planned on doing from the start?

Jocke: No, it was completely random. I was like, “Fuck, I want to see how we look to the crowd.”

HMA: Do you think you pissed off security and management?

Jocke: Yeah, they were pretty pissed off. [Laughs] But it’s part of the show.

HMA: Michael Monroe told me that last time he played here he got into so much trouble for climbing up on the scaffolding…

HMA: Speaking of Michael Monroe, you guys are on tour together. How did that happen?

Jocke: Both bands had new records out and we were talking about doing a tour. It’s not so far from each other musically. He’s more punk and we are more hard rock.

HMA: Man, I flipped my shit when I heard you guys were touring together.

HMA: It is! I agree. January of 2015 was the first time you guys were back in the States in ten years. Tell me how it felt, after being away for so long?

Jocke: I don’t know. It’s because of the record companies and shit. The funny thing is when we went back, it was because we were mixing the album in Pasadena. Since we were already there decided to try and do a few shows. And we did. We played with Steel Panther and there were hundreds of people coming, shows being sold out, people standing outside who didn’t get to come in and we were just going: “What the fuck is happening? This is amazing!” Why didn’t we do this earlier? It’s because of the record companies are shit. We didn’t have new records out so we couldn’t tour the States.

HMA: I’ve always been curious about this…. It always seems to me that the measure by which a band in Europe judges its personal success is the moment they reach the States. Why do think that is considering what a massive and loyal fan base you have in Europe?

Jocke: When I was growing up, there was Motorhead, Slayer, Exodus, and Anthrax. The list goes on and on and on of course. And I grew up the bands from America and a lot of the bands I loved made it big when they reached America. I think it’s important to us because we grew up with those big bands, so it’s like following in their footsteps. It’s a very good question. A little hard to answer. When I was a kid it just seemed like something so big that was untouchable.

HMA: I want to ask you about your new album. Congratulations! Tell me a bit about discovering your old recordings and how that inspired you to record the new album.

Jocke: Martin [bass] was the one who found the recordings. We’d done them in ‘94. We thought that the demo sounded so awesome, so we were like, “Yeah let’s just do this!” I didn’t even remember the songs from the original recordings because we did those 21 years ago. We arranged them a bit and rewrote them a bit to fit 2015 a little more.

HMA: What did you discover, reaching back to your youth, that you think you might have lost with age?

Jocke: Back then we didn’t think about what we wanted to sound like, or about our future in the business. We just played. And when we heard what we had sounded like at 19, we were seriously impressed. We knew we had to do this, we knew that people had to hear the music those kids we were once had made. We know a lot of fans will be a bit disappointed. It’s not the typical Hardcore Superstar album but we had to do this album. We had to do it because we had to stay in business and we had to do something new as artists, not just the old usual stuff. We’re a good band. We’re a good fucking live band. And I think good bands need to be a bit diverse from time to time.

HMA: It does bring up an interesting point. A lot of bands that were your contemporaries and had their rise with you are gone now. You guys are still standing. Do you think it has to do with an ability to be versatile?

HMA: We were talking about the past. Is there anything you miss about the days before you guys became a popular band?

Jocke: Maybe a few little things but I think we’ve had a good journey.

HMA: What are the few little things you miss?

Jocke: I used to fucking hate our second album. I couldn’t listen to it for years. Just last week, I played it while I was on my own and I was surprised. It sounded fucking good. It’s so different. There was so much anxiety and so much personal things from our lives that went into it.

HMA: You’ve said that when writing lyrics you always draw from personal experience. Like ‘Above the Law’ was when you were at a swimming pool and met a Russian gangster. How about this album? Is the process still the same or has it changed at all for you?

Jocke: It’s a little bit different on this album. Back in the day, when we did the demo that inspired this album, we had another guitar player called Fredrick. He had some fucked up shit going on in his life. His father had died in front of him. He just had so many holes inside him…. The song ‘Fly’? That song was about his girlfriend fucking his best friend. One day he came home and found out that she’s pregnant with his best friend’s child. So, Fredrick just wanted to fly away, didn’t want to be here. That was the story behind the lyrics. I’m thankful that on this album the lyrics are very deep compared to other Hardcore Superstar albums. We love parties but it’s not all about that.

HMA: The album cover is also very different from your previous covers. Usually your designs are minimalist or they’re photographs. But this time it’s a piece of art done a very new school tattoo style. And I also noticed you had a similar piece of artwork on the drums. That’s new.

Jocke: There’s a guy in Stockholm who did the art. A fucking talented guy. He did the cover of the album and he did the t-shirts we sell. We were inspired by our youth again in this. As kids, we used to skate a lot. So the art is kind of in line with that culture. I’m fucking 41 now but I bought a new skateboard last week. I got a three-year-old son who wants to skate so I’m so fucking on it now. I built this half pipe at home. We’re gonna practice when I get home. We’re gonna take out our skateboards and fucking crush.

HMA: Do you still have the moves?

Jocke: Nowadays I’m more afraid and more cautious than I once was. Maybe because of my age. I don’t feel old but when I’m around my kids I suddenly feel it a bit more. So I tell them, “I’m going to take it easy now. Your mom’s going to kill me if I hurt myself.”

HMA: How many kids do you have?

Jocke: One son and two girls.

HMA: How do you balance out your work and private life?

Jocke: This is my job. I can’t do it any other way. They know what I’m doing. Nowadays we can talk on Facetime, Viber, or Skype. That’s not a problem because we can see each other every day. Back in the day when we started out, you had one phone call a week. That was hard. But now I talk to them three-four times a day.

HMA: If you don’t mind me asking what does your wife do? Is she a musician as well?

HMA: If someone came tonight and they’d never heard of you before, what’s the first song you’d play for them?

HMA: What would you say is the greatest thing you’ve achieved?

HMA: That’s really beautiful and I respect you even more for saying that.

Jocke: Family is always first to me.

HMA: Well, thank you so much for your time. It’s been a real pleasure and I wish you all the best.

Jocke: Thank you, man! Hope to see you again soon!