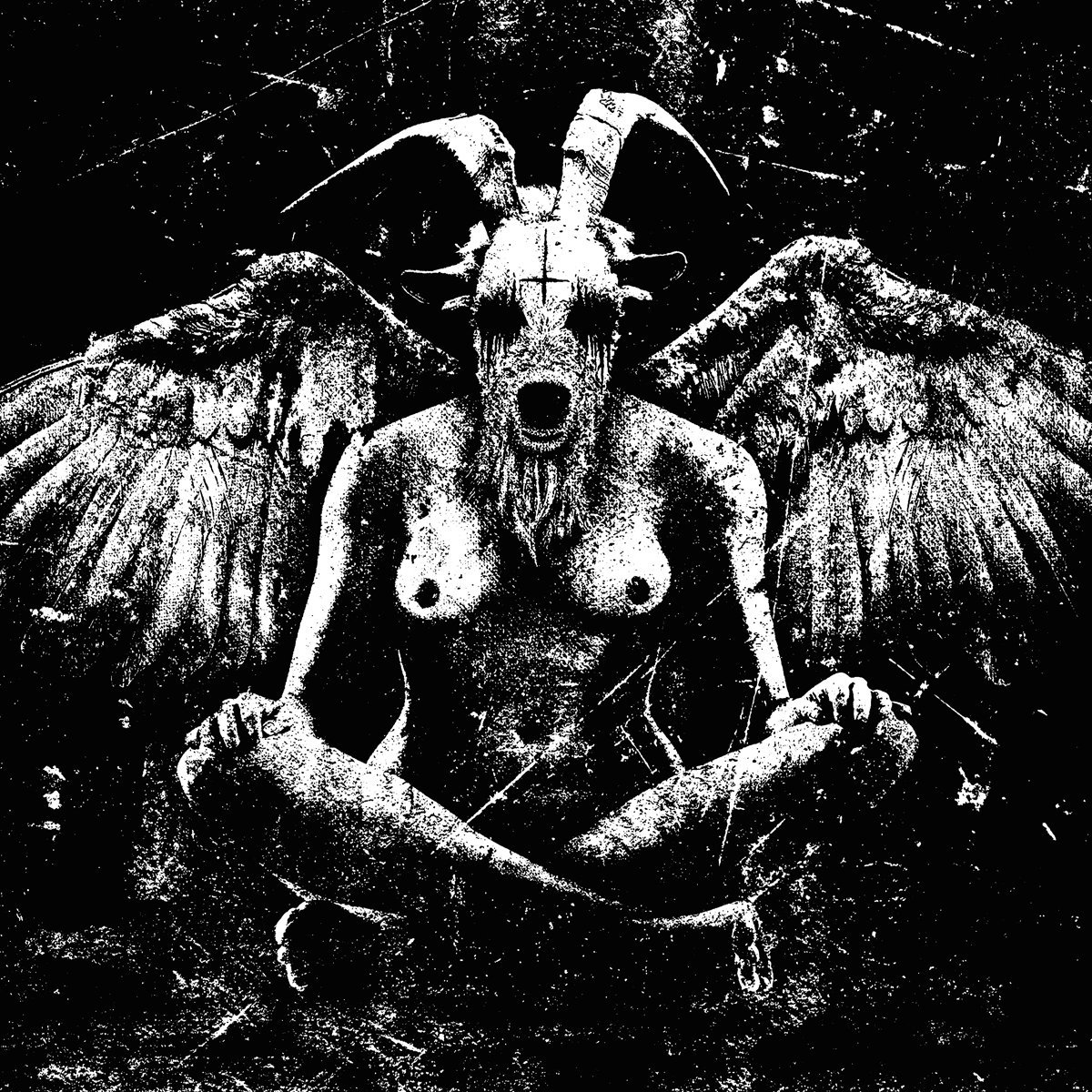 I’ve been a freelance artist and designer working within the black metal underground since 2008. I’ve always had a fascination for art and its relationship with music and how the visual and aural elements are amalgamated cohesively to create a desired aesthetic. My first piece of album art was conceived under my previous alias – Black Raven Design (2008-2013) – and was for the now defunct Fornost Arnor. Níðhöggr Studio was born in 2013 – rising from the ashes of Black Raven Design after a six-month break from all creative activities – I made the decision to focus solely on black metal album artwork. I had previously been involved in a number of non-music related projects in addition to designing album artwork under the Black Raven Design name, but my passion was always black metal – the music, of course, but even more so, the dark, nefarious artwork and the occult and mythological symbology that defines the genres visual aesthetic. Commissions are not taken in the traditional sense. Instead, I create pieces of art as a form of personal expression and then make them available for use as album artwork. I also offer additional layout services to accompany my artwork, giving clients the most cohesive and consistent aesthetic for their release.

Due to the way in which I create my artwork very rarely I take commissions in the traditional sense. And so, it’s not often, that a band will get the opportunity to give any artistic direction – except, of course, during the process of designing any accompanying layouts. This is where I would normally ask for feedback and opinions with regards to how they envisage the finished product – i.e. choice of typeface, layout preferences, additional artwork or graphics etc.

I believe strongly that an artist should be free to express themselves creatively in any way they see fit; and for their experience in their field to be respected. This is one of the main reasons I have distanced myself from taking commissions from clients. That’s not to say that I will never take them again, but, I found that too often this was leaving me feeling frustrated with my work. By working the way I do now, I can express myself freely and without restriction.

The visual aspect of black metal is almost as important as the music itself – for some bands, it seems, more so! This is where my passions for art, design and black metal becomes one. In the early days, so to speak – before the likes of YouTube and Bandcamp – people would spend hours browsing record shops carefully selecting their next purchase, often based on the cover art alone! We’ve all bought an album because of the cover art; not knowing what the hell it was going to sound like, but, of course, hoping you had just discovered a hidden gem! An album’s cover art has the power to stop potential listeners in their tracks, pick it up and become curious at what malevolent soundscapes will come from their stereo when they get home. It’s the first thing you see! It’s as simple as that. So it’s hugely important that it conveys the right visual message.

Mythology, history and death feature often in my artwork, so a lot of my ‘research’, so to speak, is undertaken as part of my already-existing personal interest in these areas – in particular, Norse mythology, hence the name Níðhöggr Studio – I wanted something that was quintessential of black metal’s dark and ‘evil’ aesthetic, thus, I derived my alias from Níðhöggr – the powerful serpent-like creature, or wyrm, which viciously gnaws one of the three roots that support the world tree Yggdrasill and torments the bodies of the inhabitants of Náströnd. However, I digress. It’s from these interests, primarily, that many of my ideas develop. I work sporadically, only when ideas have developed sufficiently in my head, and never do I force myself to create, nor do I set myself any targets to have a certain number of pieces done in a certain amount of time, and I never have pressure from clients to create – due, in part, to the way I choose to work. This helps greatly in keeping my creativity fresh and thus my ideas free to constantly evolve.