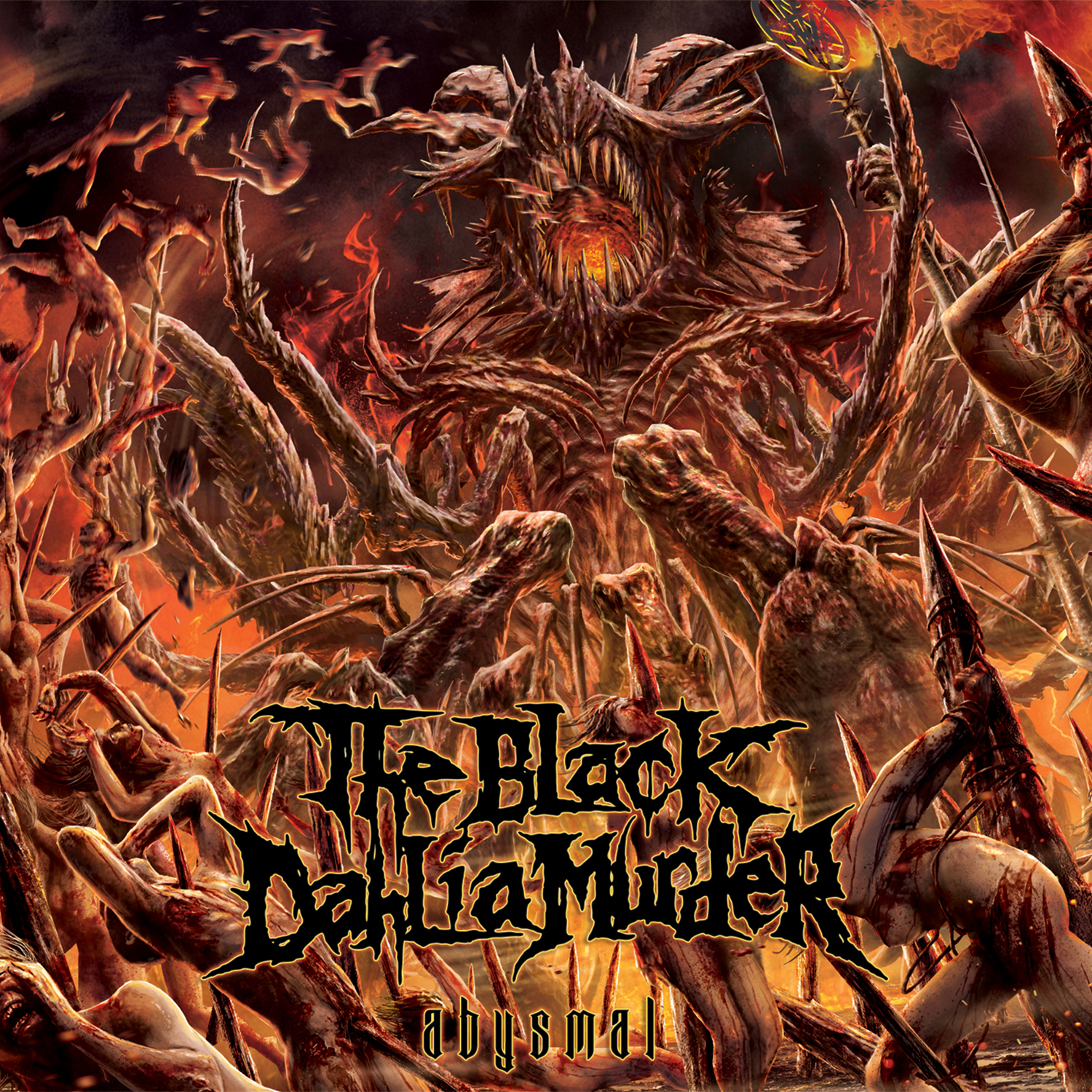 Afraid of Going to Hell

American melodic death metal band The Black Dahlia Murder is now back with a brand new album Abysmal, the 7th release since their formation in 2001. As one of the most contemporary popular death metal bands, they are constantly very busy touring and I had the pleasure to have a little chat with guitarist and founding member Brian Eschbach prior to their Brighton show, about album themes and some personal thoughts.

HMA: Hey Brian, the first day of your European tour. Are you excited?

Brian: Absolutely, it is good. The last time here over on the continent, we were doing festivals in the summer. It is nice to be back here doing our normal show and get to play as long as we usually do.

HMA: How do you find European audiences compared to American ones?

Brian: It is tough to say. There is so much more diversity and culture over here. I would say there is a little bit more enthusiasm that can be seen right off the bat in the European audience. They are just a little bit more into it, I think.

HMA: The cover of your latest album ‘Abysmal’ is amazing, I believe the artwork was done by a certain Daemorph, were you involved in the process?

Brian: Actually I do more music writing than actual involvement in the creation of the artwork. I check my email if I get something from Trevor, and he is like “Oh, the artist said something, here it is” “Oh, cool”… I’m not part of the conceptual creation of those things. I just get to sit back and see cool stuff come. Trevor is usually the one that is talking with the artist before we get rolling.

HMA: What about when you were working on the album, did you have any specific goal or anticipation?

Brian: Only ever really to just to write the best songs, be as creative as you can possibly be. I don’t really set out with a specific endpoint in mind. I just let it happen as it happens. That way you can be surprised and truly go wherever the moment takes you.

HMA: I know you are not really involved in the cover but do you think your music style is well translated in your cover?

Brian: There is definitely some songs in there, like ‘Stygiophobic’. It is about being afraid of going to hell, and that cover looks like hell. There is a whole lot going on in that art. I still see new bits and pieces of it, every time I look a little bit closer. We got some artwork made for the stage and I saw a new face on it that was “Oh, wow!”

HMA: I can see some misery in the song ‘Receipt’, did you write it?

Brian: I wrote the music, the song is from a perspective, and as we’ve seen, I think many people that are taking their lives feel the same way. That’s dark.

HMA: So is it usually Trevor who deals with the song writing, are you not that involved?

Brian: Not really. It is a rare occasion when we sit down or just bounce story ideas back and forth off each other. But he is pretty autonomous on this one, writes songs about this and songs about this. A lot of times Trevor can sit down with a song and if he feels like writing he can write it just like that, just depends on what his mood is.

HMA: Great video by the way!

HMA: You did a cover of ‘Paint it Black’ of The Rolling Stones in a very old EP.

HMA: Are you a fan of The Rolling Stones, and are you considering doing any cover songs in the future?

Brian: It was something fun and silly to do at the time, we didn’t have many songs ready to go so we were like “ Let’s mess around”. Of course, I am a huge Stones fan, but it is just something fun to do. Sometimes you get a little extra time in the recording studio and nothing is going on. See what the future holds, it could be fun to do a cover.

HMA: Do you listen to any bands outside metal?

Brian: Oh, tons. I listen to a lot of Speedy West. He was a pedal steel player from 1950, active in the ’50s and ’60s. But I listen to weird non-metal shit all the time, especially on tour because you are hearing metal all the time, got to level it out.

HMA: Current metal scene, what’s your opinion about it?

HMA: You think it is going really strong, metal?