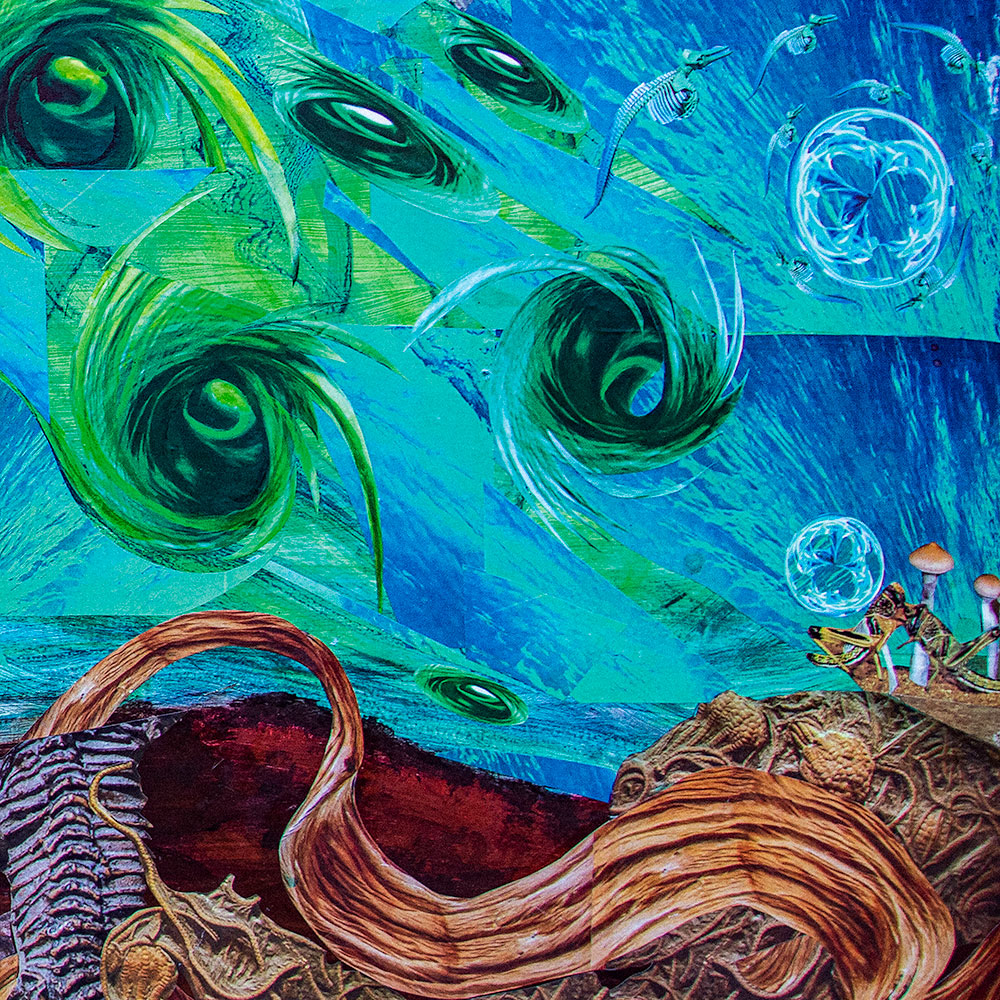 Well, it has a few different meanings for us, but ultimately it’s a commentary on the involuntary instability facing humans and all life on Earth in these turbulent, uncertain times.

HMA: On Metal Archives, under the lyrical theme, we have on your profile “Internal Struggles”. Can you expand on what are these struggles and how are you coping?

There are many different lyrical themes on this album, as well as on all of our albums. I won’t expand on any personal struggles, but lyrically this album deals with topics like running out of time, self-betterment, and psychedelic drugs.

HMA: ‘Cubensis’ is an awesome piece of music and incredible video, please do tell about the story or a short synopsis?

Honestly, the video is the brainchild of our good friend Pat Lascu, who also did the video for “Fast Worms”, as well as another upcoming video from our new album. He’s a genius!

HMA: What can you tell us about ‘Fluid Existential Inversions’ recording and writing process?

We started writing the album in 2016, so it took longer to write than any of our previous records. We did take a break in the middle to focus on some other things, and we did lose a drummer along the way, so there were a lot more turmoil and personal struggle behind the completion of this album. However, finally recording it was a lot of fun!

HMA: Considering Intronaut unusual lyrical style, where are your influences and inspirations derive from?

Everywhere and everything. From the city, we live in, to the state of the world, to the vastness of the universe, to the search for meaning in our existence…

HMA: Could you describe your artwork and how it fits your music? How did you brief the artist? Does it tell a story?

The artwork was done by our friend Ryan Wade, who also did the artwork for “The Direction of Last Things” as well as “Prehistoricisms”. We always send him the music and the lyrics, and basically just tell him to go crazy.