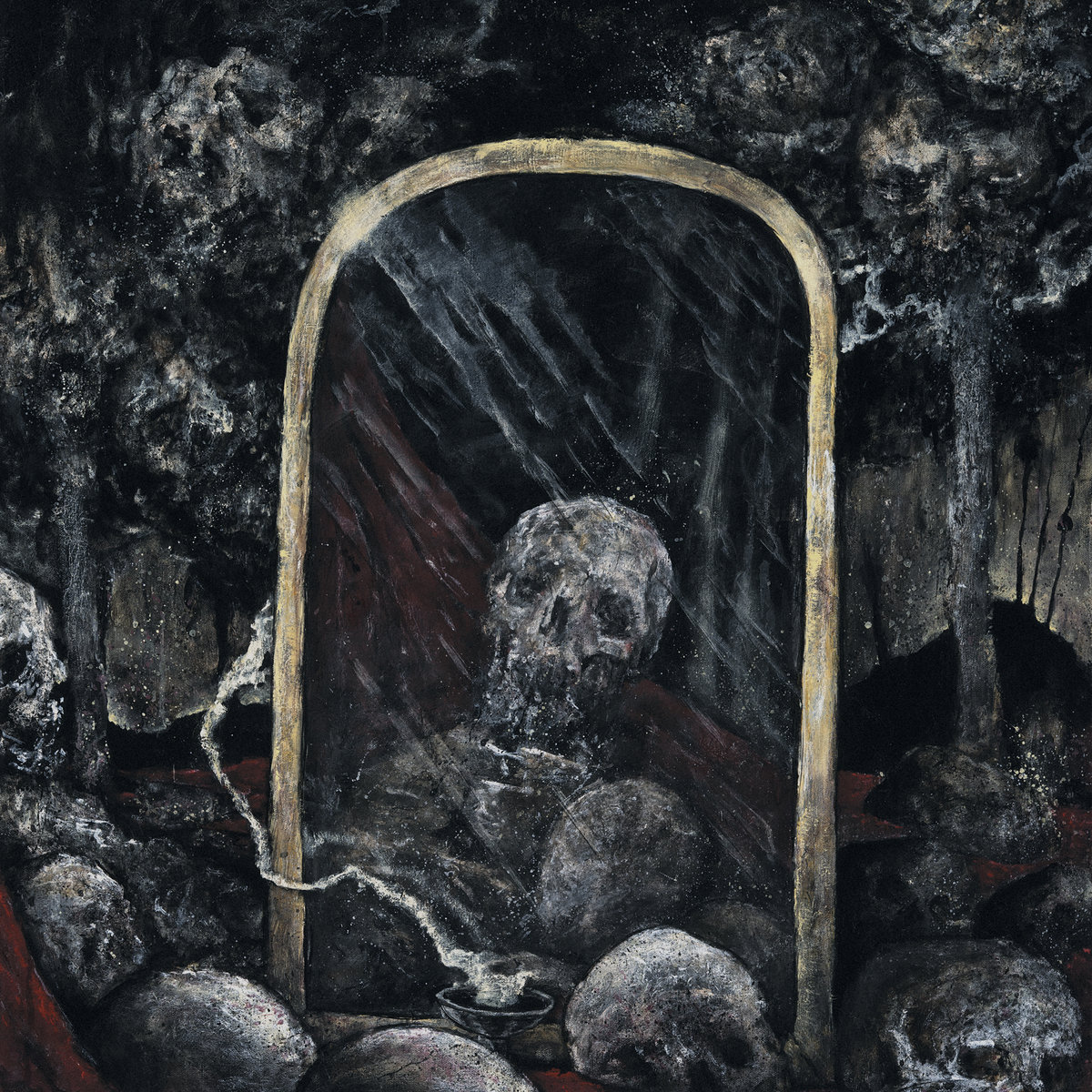 Attunement to Death by Sense of Premonition

Invocation (Chile), born in late 2015 A.B. and has endeavoured to combine influence from the most chaotic Death Metal with the eternal darkness of occult black metal; after a couple of months, the band began to compose material for their first demo cassette, around March ‘Godz ov War’ productions from Poland sings Invocation to release the first official demo professionally manufactured and limited to 100 copies known as ‘Seance Part. I’ demo, it contains four prayers; ‘Emanations’, ‘Pendulum’, ‘Devout Effusions’ & ‘Hypnosis’. In April 2016 A.B., the band prepared to record two new tracks entitled ‘Medium’ & the instrumental ‘ZoZo’ for a South American re-release by Destruktor Records; in 2017, the band enter Equinox Media Studio to record two tracks for ‘The Mastery of the Unseen’ and executes the demo in many underground gigs and cities, ‘Iron Bonehead Productions released the Mastery of the Unseen’ on September 17, 2018, the same year the band perform alongside amazing acts like Wrathprayer, Slaughtbbath, Hetroertzen, Atomicide and Magnanimvs. In 2019 the band entered the studio again to record five brand new tracks for ‘Attunement to Death’ MLP, and at the same time, the band was invited to play in Mexico City for ‘Total Death over Mexico Vol. II’ fest alongside Funebrarum, Krypts, Interment, Venenum, Force of Darkness, Drawn and Quartered, etc. and was invited again for a mini-tour entitled ‘Into Dark Domains’ with Funebrarum, Denial and Beastiality from Sweden being a nice success, ‘Attunement to Death’ is finally released in February 2020 via Iron Bonehead Productions on LP/CD/merch. At the moment, Invocation is composing new abominations for the first Full Length.

‘Attunement to Death’ was released almost one year ago via Iron Bonehead Productions on Vinyl/CD/Merch; in general terms, the sound, the art and everything that the production entails were done in the most professional way possible, and clearly the good response to this EP consolidates and paves our way to our debut album.  We recorded in the same studio (Equinox Media) under the same supervision. Hence, the work in the studio flowed very nicely, the guitar process consumed most of the time, but mixing and mastering were relatively fast since the studio manager knows about the sound and style we play. In this work, we could find the balance where Black and Death metal have no distinction. To complete the circle, I can tell you that we are pressing our limited edition cassette version right now, so expect pure hypnotic darkness!

I think ‘The Mastery of the Unseen’ was a more than solid release, despite having only two songs, the recording process, the mix, the layout, the front cover and the final result was perfect, although I assure you that our better material is yet to come … I would avoid talking about the reissues of our first demo and some of our independent releases, I will explain a little, we have made cassettes with demos for certain people that unfortunately have fallen on the internet, and in a way, some of our promotional released on a simple CD-R have come to cost almost 40euros, judge for yourself.

In the lyrics of ‘Attunement to Death’, we explored more traditional themes such as the first rituals in mirrors, secret languages and some interventions as a form of possession. And it is in this last subject, in which we are investigating more deeply, as a preview, I can tell you that our next material will be focused on ancestral techniques of self-hypnosis and possession, especially those used in dark and unknown tribes without intervention or aid of pseudo “spiritual books”. It strikes me to understand this type of thoughts of ancient cultures and how they were revealed to them. And now, that offerings, sound patterns, or mantras are (in some way) being replicated in the black metal.

About the artwork, we made contact with Abomination Hammer through the internet; he has very interesting works and a unique style; the first thing that we saw in his works was a terrifying and shocking art that caught our attention immediately, far away from the most abstract paintings and repeated drawings of goats with bullets.

We showed him an initial idea of representing one of the tracks on the front cover (The First Mirror, of course); he was immediately interested and then gave free rein to his talents; I think it is essential to let the artist immerse himself in the project and give freedom to add and intervene in certain margins of the work. I think the colour palette he used is remarkable; there are very well nuanced tones along with the expressions of some demonic entities (in the vinyl version, it looks great), this gives it a sinister tone and atmospheric terror that we seek to induce in our music, and I think that in this case, it worked very well, He did a top-notch job in a very short time.

As a “curious fact”, Abomination was not our first choice, there was a well-known Russian artist who could not finish our art and filled us with excuses, we will not set up a circus anyway, there are many top artists who are true devotees and have dedicated a lot of time to the underground.