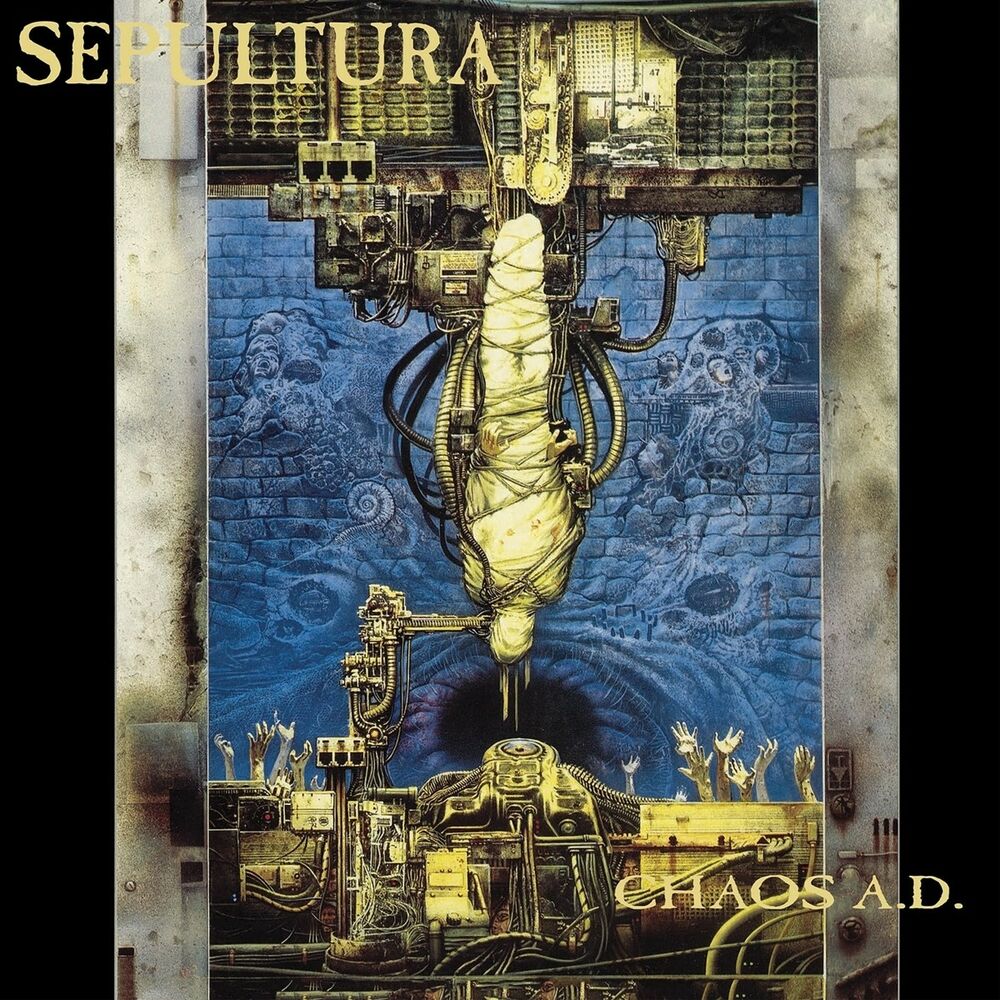 Legendary Greek designer, Ioannis, probably holds some kind of world record related to having worked with more iconic bands than anyone else. He’s done artworks for Deep Purple, Fates Warning, King Crimson, Yngwie Malmsteen, Uriah Heep, Allman Brothers, Dream Theater, Quiet Riot, Styx and the list goes on… His unique brand of Fantasy meets Surrealism have been adorning album covers for decades and transporting audiences to unknown places of the human mind. Here, the iconic artist shares the story behind his artistic evolution.

HMA: How and when did you get interested in visual arts?

Ioannis: I have been drawing since I was 5 years old, loved American Comics and animations like Disney growing up in Greece, this just grew when in High School as I loved fantasy art, comic books, science fiction and of course Rock music.

HMA: I know you majored in graphic design from University of Bridgeport thanks to a scholarship. Do you remember the moment when you realized you wanted to become a professional artist and cover designer?

Ioannis: I walked into my favorite record store in 1976 as a young teenager and my friend who worked there showed me a copy of Roger Dean’s new book “Views” a collection of his work and cover art, I was blown away, it was for me the perfect way I could combine my love of Rock and art, abandoned the idea of being a comic book artist and started to that summer of 1976 to work for local acts. College was just a diversion that I just did totally disinterest in painting bowls of fruit.

HMA: Eventually, you started working at Lieber and Krebs, a company that managed Aerosmith, AC/DC, Ted Nugent, among others. What were your functions there?

Ioannis: I started doing work there because of singer Michael Bolton. We were good friends as he was from New Haven CT. where I lived. At the time he was a Hard Rock act, and I designed his logo and merchandise. I quickly became friends with a lot of the people there and worked with their young bands and young managers.

One of those people who loved my art was Paul Oneil who later managed Savatage and now runs Trans Sibberian Orchestra. Paul had me do the cover to HEAVEN’s “KNOCKING ON HEAVEN’S DOOR” 1985 for CBS. Great memories back then.

HMA: By that time (1985) you also became involved with some Metal Blade bands like Fates Warning. Later on you also worked for Dream Theater, Voivod, Quiet Riot, Yngwie Malmsteen, etc… How this connection with the Metal world initially happened?

Ioannis: I was big fan of metal and hard rock. DEEP PURPLE and BLACK SABBATH were my favorite acts when I was young along with early QUEEN. Since fantasy and sci-fi art which (is what I did) worked well with Metal, it was inevitable. When I did my first FATES WARNING cover was the same week that I did HEAVEN. I also was working on a comic book for HEAVY METAL magazine that eventually didn’t get published. Brian Slagel who owns METAL BLADE really liked my art for FATES WARNING and wanted me to do more covers for him. A lot of the art I had done for the comic book became cover art like WARLORD “THY KINGDOM COME.”  FATES WARNING “AWAKEN THE GUARDIAN” the next cover I did in 1987 was a big hit for the band and I started to get more and more commissions from Hard rock acts in the late 80’s and beyond.

HMA: Your visual style is usually rooted in Fantastic Surrealism. While your paintings have translucent quality, your digital renderings usually combine real elements in a very dream-like fashion. Can you tell me more about this?

Ioannis: In the early days I painted on board with acrylics and dyes and used an airbrush, and I still do. The computer and digital painting offered me a different option, a lot of times I combine both options like my work for URIAH HEEP. By the late 80’s I was working as an art director and had a design staff. At that point my goal was to do what worked best for the band, and had no issue with hiring other people to do the cover art or work with photographs.

HMA: In my opinion, you’re a builder of worlds and atmospheres. Do you agree with that?

Ioannis: Yeah, I guess that’s true when it comes to my images; they are either digital, photographic, or painted Ambient Surrealism as I call it. I like that sense of déjà vu that you get when you see my images like in a dream or having been there at some point. I want you to sort of of trip without chemicals. Its my influences, Roger Dean, Giger, Hipgnosis, Maxfield Parrish. Roger Dean was my idol for illustration, Storm Thorgerson and ‘HIPGNOSIS were my idols for great record covers and design. I still in awe of his work.

HMA: In your opinion, why classic Heavy Metal and Hard Rock bands feel so attracted to your style?

Ioannis: No particular strategy it just went that way. I was constantly introduced to managers, bands and at the time record label execs that loved my work and its variety. Don’t forget I did a lot of major acts that were not Metal, KING CRIMSON, FLOWERKINGS, JOHNNY WINTER, LYNYRD SKYNYRD, BOB WEIR, ALLMAN BROTHERS and so many more. The fun for me was to collaborate creatively with all types of musicians.

HMA: Your cover work has appeared in books about the subject, including “1000 Record Covers” by Michael Ochs and “Fade To Black: Hard Rock Cover Art of the Vinyl Age” which you developed along with author Martin Popoff. Can you tell me more about that particular project and how you became involved with it?

Ioannis: Martin interviewed me for his magazine BRAVE WORDS AND BLOODY KNUCKLES a while back; we became good friends and talked about doing a project together. He wanted to do a book about my work. I thought a book about Metal album covers would be great. We both love Hard Rock and have similar tastes, so we put together a brief with some artwork and made the rounds of publishers. Sterling liked the idea and two years later the book emerged the way we hoped, the publisher changed the idea a bit to be HARD ROCK, so we can include stuff like HENDRIX,

STONES, THE WHO, but overall the look stayed the same, and for our first endeavor together I think it came out well, we were so relieved, we had no idea the work involved. Finding the original Vinyl, photographing it, retouching, the copyrights, design and so on, at times we thought it would never happen.

HMA: With such portfolio, have you ever considered making a book just about your artwork?

HMA: You have created imagery for many iconic artists like Led Zeppelin, King Crimson, Uriah Heep, Fates Warning, Deep Purple, Yngwie Malmsteen and many others. Is there any particular artist you would like to work with that you haven’t?

Ioannis: My favorite act when I was 15, was BLACK SABBATH. Although I came very close several times, as a matter of fact my first professional sale was backstage at a SABBATH concert to Tony Iommi a painting of the band! He gave me $300.00, I thought it was all the money in the world, got to sit in the sound booth to watch the concert! lol

HMA: After all these years…what’s your main creative drive? What motivates you to keep producing art?

Ioannis: It’s what I love to do, I would be doing this even if I was pumping gas for a living. It’s as natural to me as breathing, like someone who loves to play guitar, he would do it if he was Eddie Van Halen or just a bloke playing at home.