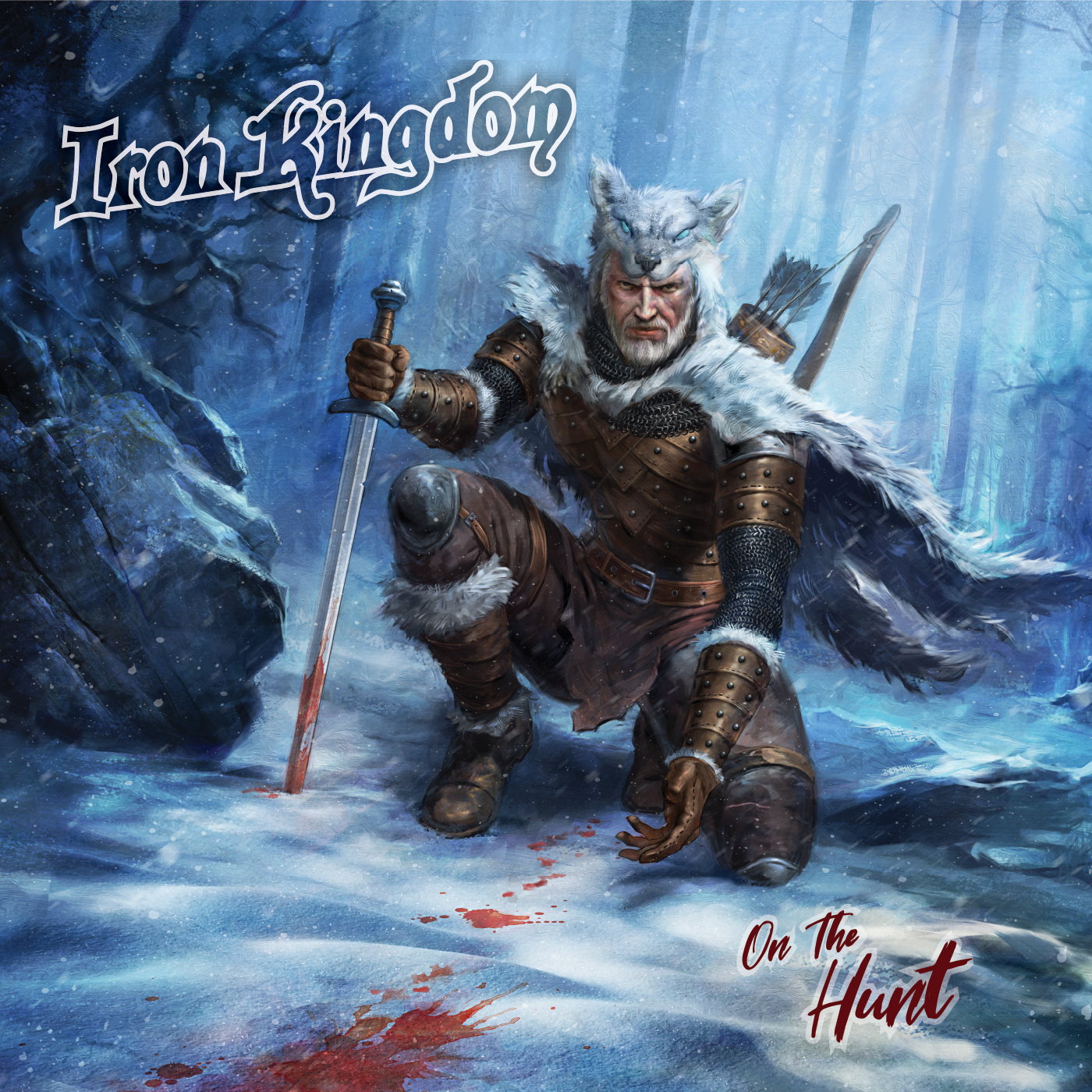 On the Hunt by Chris Sonea

Inspired by legendary pillars of heavy metal such as Iron Maiden, Judas Priest, The Scorpions, and Rush, this four-piece is well known for their energetic and electrifying stage presence, as well as intricate musical melodies that bring listeners back to a time when heavy metal was in its prime. Chris Sonea is the drummer and one of the newer members of the band, who has taken part in the production of the new Iron Kingdom album, ‘On The Hunt’.

While ‘On the Hunt’ still has the same heart as Iron Kingdom’s previous records and the heart of what traditional heavy metal has always produced, it has a body built with power, speed, and new elements that will give the listener a unique experience. It’s something fresh, something slightly modernized, with the reminiscence of the foundational heavy metal we all have a love for. This album has shorter songs and an overall shorter length than most of LP’s coming out nowadays, but we’re hoping that listeners will value each song to its full extent and find it easy to replay through the whole album numerously.

First of all, this album artwork really catches the eye and we couldn’t be happier to have Alan Lathwell arrange this for us. We gave the concept of the songs in the album to Alan once they were recorded and over some time we mentioned that we wanted a new colour for the album, and white is something that was yet to be contemplated in Iron Kingdom’s history. Along with this thought and the lyricism of ‘White Wolf’, this image came together that accomplished our goal of having an artwork that pops out to potential new listeners and that characterizes our album as a whole.

In the case of my drumming, I take influences from many drummers I love (such as Chris Adler, Andrew Huculiak, Neil Peart, Nicko McBrain, etc.) and blend it into my own creation to build a good foundation for the rest of the band. I listen to various genres ranging from as far as post-rock to deathcore and everything in-between and I’m not afraid to bring it into the traditional heavy metal genre. As a band, we’ve formed natural chemistry and that’s our main approach to creating something new. Whether it’s someone individually bringing an idea to the table to try out as a band, or if we just jam on a riff on the fly, the creation of our songs heavily relies on spontaneous-ness and proper organization once we’ve created the structure pieces of a song. I love the art of writing music with others as there are unlimited options and it’s so satisfying when songs that you’ve worked on for a long time finally go through the full cycle of being created out of thin air to being a full LP that listeners can sit back and enjoy (or stand up and headbang, that definitely works too).

For technical purposes, I wouldn’t say the album or its lyrics are conceptual but they do follow a common path of being ‘on the hunt’ for some aspects in the mysterious lives we live; hence the album’s title. Some examples can include ‘Paragon’ for finding the heroism and strengths in yourself that can better your life or the lives of people around you, ‘The Dream’ that aims to question how true love is found and how the butterfly effect can be a huge part of it, and ‘Keep it Steel’ where we search for ongoing and passionate fans of metal genres. Ultimately, ‘White Wolf’ is based on the story of Geralt of Rivia, in ‘The Witcher’ who’s on the hunt slaying monsters, as well as hunting for a true love which is the song and story he tests the bond of his relationship which was cast by a spell; he needs to know if it’s real so they break the spell. We found that his character and story is the perfect symbolism to showcase what this album is about. To round off the answer, the lyrics do ask big questions about the world we live in and our lives personally, and the title ‘On the Hunt’ is the search of the answers of these questions.