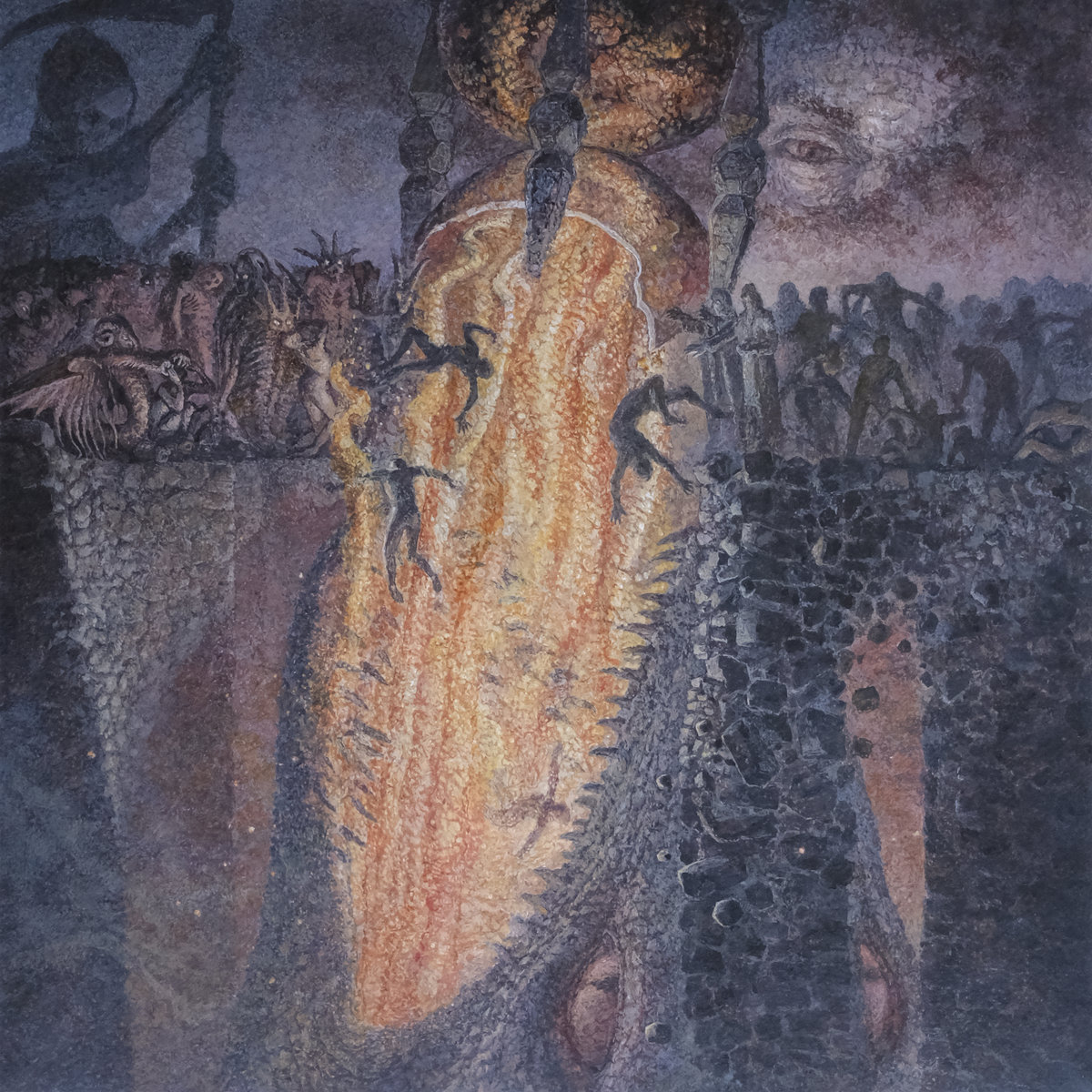 Arrows From Below by Tiúval

Israthoum is a corruption of the name Irasthoum ‘The Shadow of Death’, which basically is the region in Hell under Satan‘s rule according to Qliphotic teachings. VxInfr found the moniker in a book somewhere at the end of the previous century. Back then it was a good name for us due to its devilish load and originality.

I don’t like to explain album/song titles nor lyrics. I think it’s strange when someone asks me to deconstruct something that took so long and so much work to construct in the first place. It’s like asking a poet to publicly dissect his writings or asking an architect to tear down his building to show which bricks he used and why. Regarding my lyrics, it would make no sense to just lay all that work to waste by revealing the underlying content and meaning. The main focus of our lyrics are the works of darkness, the insignificance of mankind and basically everything I mentioned in the previous question.

Even though I believe the album title “Arrows from Below” is as clear as it can get, all titles and lyrics have been thoroughly thought over, carefully formulated and sometimes intentionally codified beyond easy interpretation. Contrary to f.e. Deathspell Omega’s lyrics, you don’t need a PhD in History or Literature to fully understand what we mean, but it’s also not meant for the simple-minded. Anyway, if I wanted every message to be crystal clear, direct and in your face, I would have done so and this would probably have resulted in a bunch of nasty imperative sentences. Anyway, just read the lyrics and try to make sense of it on your own. If you get to the real meaning of it all -or at least close – good for you! If you don’t, probably the lyrics were never meant for your eyes.

What we create is black metal. Pure and simple. My inspiration for lyrics can be as transcendental as it can be mundane. Anything that illustrates the works of Darkness within this physical world, within my own psyche or on any other plane can serve as inspiration: books on occultism, Devilry in its broadest sense, historical facts, happenings around the globe, weird stuff happening to myself, whatever… Sometimes inspiration can come from a simple image or atmosphere. Sometimes things can come from a feverish dream. Darkness has many ways to manifest itself and channels where you can tune into.

It’s not that there was actually a choice in this really. As I see it black metal just turned out to be the end-station of a travel itinerary that I didn’t set out myself. Anyway, as it turns out, the black metal genre (but also death, thrash and speed metal) generally is where I find most ideas and attitudes I can personally relate to. Doesn’t mean I get entirely well along with all currents within the genre, but luckily it offers a vast array of ways of thinking out-of-the-box that evolve around occultism, Satanism, misanthropy, violence, spirituality, spiritual integrity, Nature in its most grim and merciless perspective and of course Death. Having said this, I can equally relate to a band like Bölzer as I can to Deathspell Omega, Nifelheim, Paysage d’Hiver, Darkthrone (newer works included), but also old works of Morbid Angel, Deicide, Grotesque, Morbid Saint, Demolition Hammer, etc. Generally, I think black metal might be the most complete and limitless form of music, every aspect of it considered.