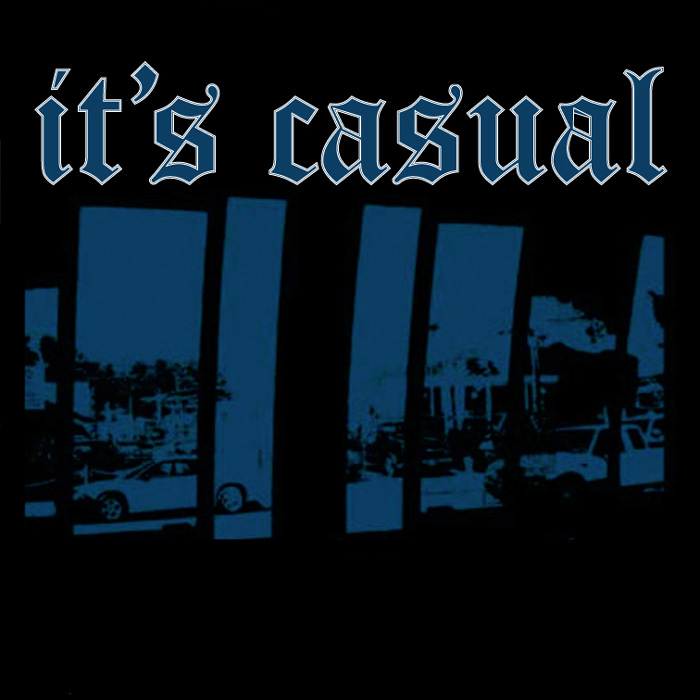 Eddie Solis reveals the works behind making a great records

The volume comes from Kiss, the aggression of Black Flag, and the fun of skateboarding culture and honesty of the working class of Los Angeles. With an amazing career as “music industry professional, musician, show promoter” and general manager at Southern Lord Records, Eddie Solis reveals Heavy Music Artwork the works behind making a great records, sharing experience and creativity.

HMA: Being a music industry professional, what kind of experience can you share in terms of the production that goes into making a great record?

Eddie Solis: It’s all a vision. You should be able to see where you want to go with a recording and you take the necessary steps to make it a reality. You got to have a plan beforehand. Pre-production is key have your songs demoed and set in stone that way when you get in the studio you don’t waste any time. You just focus on making your material the best sounding it can be. Make sure your direction is coherent. When you write a record that vision you see while writing is for something that will be made for the ears of people. You’re building something for people to listen to not to see with their eyes. But you should be able to still see the music you wrote in your head being recorded in the studio before it happens. That way you have direction IE: If your looking for a certain drum sound guitar sound etc. you have to go to the right room with the right recording gear with the right instruments.  You need to visualize how your ideas will be maximized. That is where picking and choosing your components to make a record come in. it is research strategy all mixed in with an intuitive direction. Follow your gut as well as you heart and if you can have the instruments, equipment, songs and an engineer capture you feeling through music then you win.

HMA: How do you juggle time between running Southern Lord Records, being a promoter and It’s Casual?

Eddie Solis: Southern Lord is my priority. It is my job and a very important label to people. And i am very proud to be apart of it. I spend my morning and evenings devoted to It’s Casual business and putting on shows. But Southern Lord business is around the clock literally.

HMA: What type of recording process do you use? Who produced your recordings?

Eddie Solis: A gentleman named Sergio Chavez recorded the first three releases. “Buicregl”, “Stop Listening To Bad Music”, The New Los Angeles I, Billy Anderson did the yet to be released “Billy Anderson Sessions” and Paul Miner of Death By Stereo did “The New Los Angeles II” Last month. I like live rooms that are really live and big for the drums. When it comes to bass I overdub like any band would. This is much different than play live for me because live I simultaneously play guitar and bass backline through a guitar. I prefer using an ESP type or Gibson guitar on one side then a Fender Stratocaster on the other side for clarity and definition. As far as amplification are concerned it has to be a Marshall! I spend time getting great tones on all instruments first and on performance. Then a mix with fresh ears will make it see the light of day. And put a great mastering job on top of that and you’re gold. Remember it does not have to be a loud mastering job. The mastering has to have a vibe that gives the album it’s own identity. The mastering job dies not to have to be loud to be good either.

HMA: Hardcore/Metal live shows are legendary, how do you rate your live performance ability?

Eddie Solis: I feel the It’s Casual live show buries most because it’s about energy volume and a feeling, and channelling anger into a non-confrontational performance.

HMA: What are your immediate music career goals?

Eddie Solis: to make sure Southern Lord has one of the best years in 2012 ever.

HMA: What kind of feel and experience does your music conveys?

Eddie Solis: The volume comes from Kiss, the aggression of Black Flag, and the fun of skateboarding culture and honesty of the working class of Los Angeles.

HMA: Why did the Relax Bar close down, the venue was legendary in the Metal circuit, what really happen? Do you have any crazy stories to share?

Eddie Solis: The entire block where the relax bar was located closed down because of a real estate deal.

HMA: Revolution Mother is another of your creation, how did that come about?

Eddie Solis: World Class Professional Skateboarder Mike V had a band called Mike V and the Rats. Both It’s Casual and Mike V and the rats used to play shows together. Mike saw how It’s Casual was adding volume and heavier riffs to our arsenal of songs and decided to kill the rats all together and asked us to be the rhythm section. Being a founding member of Revolution mother with Mike v was quite an experience. For months we are in a very little room writing and rehearsing and the next thing you know we are on a national tour with CKY across America and coming home to play x games at home depot center with Bad Religion.

HMA: How important it is for a label manager and a band member an album sleeve and artwork?

Eddie Solis: At Southern Lord office Greg is hands-on with album art and the bands.

HMA: Is there a creative process to merge music and art?

Eddie Solis: I think so but it is a case-by-case situation.

HMA: It’s Casual releases have monochrome and minimalist feel, is there a reason for this particular style?

Eddie Solis: The monochrome and minimalist feel is the best way for me to get my anger and aggression out. I refer to It’s Casual as a sport or a cleansing not really a band. It’s therapy for me.

HMA: Why is the traffic on the 101 so fucked up to get to write songs about it?

Eddie Solis: There are so many dam people here. I don’t think most know we have a subway. The frustrating thing is I don’t know if half of those people are bored and just driving or really have somewhere to be.

HMA: Plans to tour the UK and …any final words?

Eddie Solis: Yes a tour of the UK is in the cards.
Final words if you are not from Los Angeles and are here email me and I will show you how to get around my city without a car and or cab. Go green!