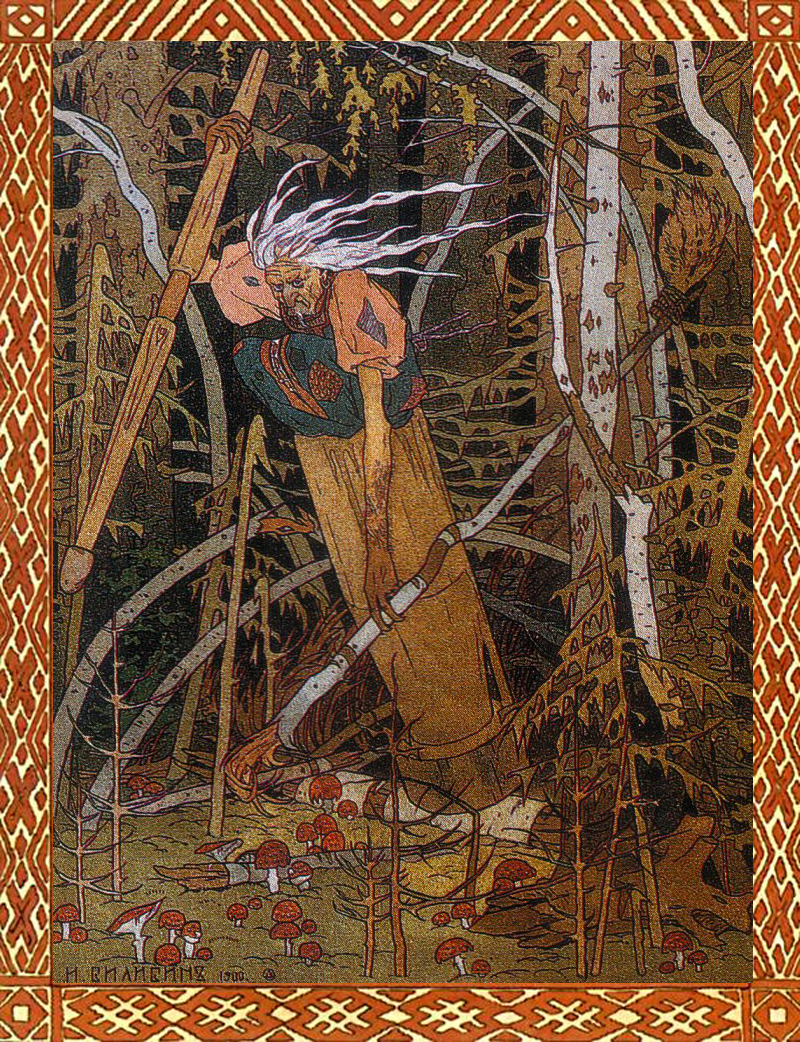 Ivan Yakovlevich Bilibin (Russian: Ива́н Я́ковлевич Били́бин; 16 August [O.S. 4 August] 1876 – 7 February 1942) was a 20th-century illustrator and stage designer who took part in the Mir iskusstva and contributed to the Ballets Russes. Throughout his career, he was inspired by Slavic folklore. Ivan Bilibin was born in a suburb of St. Petersburg. He studied in 1898 at Anton Ažbe Art School in Munich, then under Ilya Repin in St. Peterburg. In 1902-1904 Bilibin travelled in the Russian North, where he became fascinated with old wooden architecture and Russian folklore. He published his findings in the monograph Folk Arts of the Russian North in 1904. Another influence on his art was traditional Japanese prints.

Bilibin gained renown in 1899, when he released his illustrations of Russian fairy tales. During the Russian Revolution of 1905, he drew revolutionary cartoons. He was the designer for the 1909 première production of Nikolai Rimsky-Korsakov’s The Golden Cockerel. The October Revolution, however, proved alien to him. After brief stints in Cairo and Alexandria, he settled in Paris in 1925. There he took to decorating private mansions and Orthodox churches. He still longed for his homeland and, after decorating the Soviet Embassy in 1936, he returned to Soviet Russia. He delivered lectures in the Soviet Academy of Arts until 1941. Bilibin died during the Siege of Leningrad.