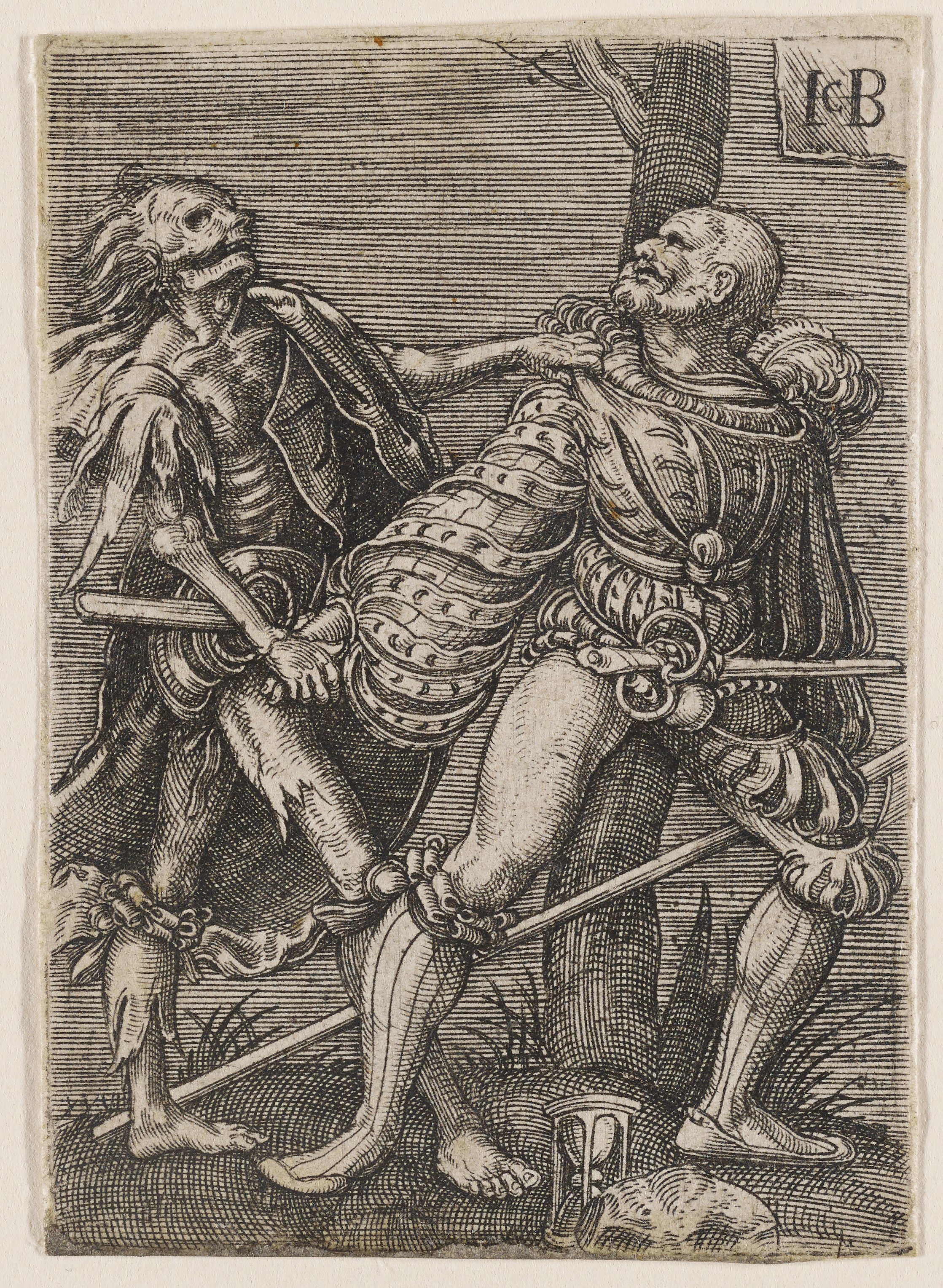 Jakob Binck (or Bink), an old German engraver and painter, was born at Cologne between 1490 and 1504. From the earliest accounts of Binck, we must consider it probable that he was a pupil of Dürer, but this is by no means certain, while his early residence in Italy throws a doubt upon the supposition. He is also said to have worked under Marc’ Antonio in Rome. One of his largest plates is a rather feeble copy of the very popular ‘Massacre of the Innocents’ by Raphael. Previous to the year 1546 he was appointed painter to King Christian III of Denmark, whose portrait and that of his wife Queen Dorothea, by him, are said to be at Copenhagen. He was also employed by Prince Albrecht of Brandenburg, who sent him in 1549 to the Netherlands, to erect a monument to the late Princess. Binck now received a fixed annual salary from the above-named prince, and removed his wife and family to Königsberg, where, about twenty years after, he died, in 1568 or 1569.

Of his paintings none but portraits are known. In the Garderobe at Königsberg are those of ‘Prince Albrecht’ and his ‘First Wife,’ and his own portrait is in the Belvedere, Vienna. Binck’s pictures are remarkable for correctness of drawing and general artistic taste. This artist holds a distinguished rank among the engravers denominated, on account of the small size of their prints, by the name of the ‘Little Masters.’ His style is very neat, sometimes resembling the works of H. Aldegrever, but his plates evince less mastery in the execution. His drawing is correct, and there is an agreeable taste in the turn of his figures. There has existed considerable confusion respecting the marks of the artists of this period, particularly those whose names commence with a B. The works of this master are generally marked with the cipher annexed, the C meaning Coloniensis.