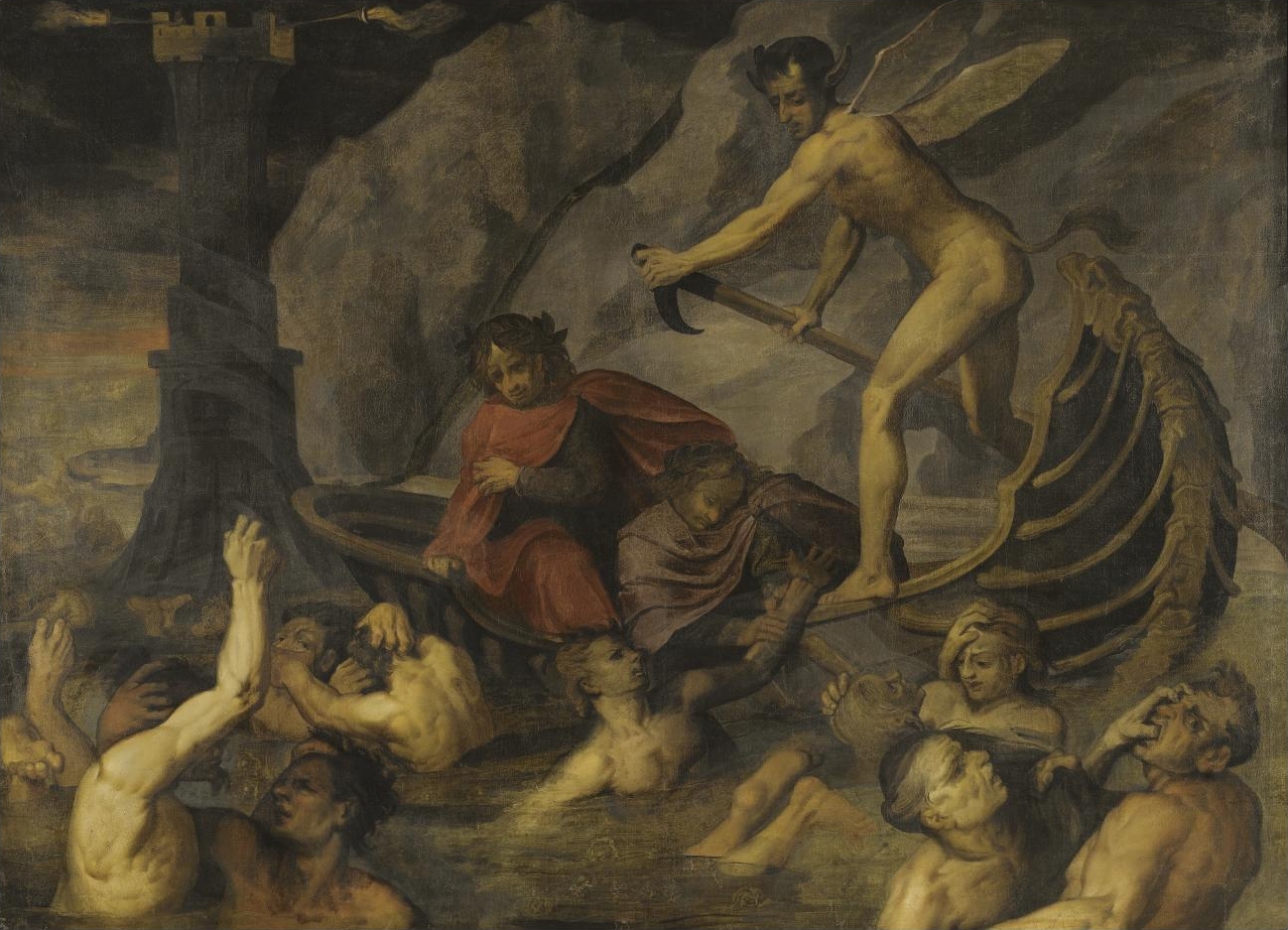 Born in Verona, he was the son of the artist Giovanni Ermano Ligozzi, and part of a large family of painters and artisans. After a time in the Habsburg court in Vienna where he displayed drawings of animal and botanical specimens, he was invited to come to Florence, receiving the patronage of the Medici as one of the court artists. Upon the death of Giorgio Vasari in 1574, he became head of the Accademia e Compagnia delle Arti del Disegno, the officially patronized guild of artists, which was often called to advise on diverse projects. He served Francesco I, Ferdinando I, Cosimo II and Ferdinando II, Grand Dukes of Tuscany. Late in life, he was named director of the grand-ducal Galleria dei Lavori, a workshop providing designs for artworks made mainly for export: embroidered textiles and for the newly popular medium of pietre dure, mosaics of semiprecious stones and colored marbles.

In Florence, he painted some frescoes for the cloister of the Ognissanti. The frescoes depict episodes of the life of St Francis of Assisi. He painted for Santa Maria Novella a canvas of St. Raymond resuscitating a Child and a Martyrdom of St. Dorothea for the church of the Conventuali at Pescia. His altar pieces depict crowds in staged positions, robbed of emotion; the painting breath an academic staleness that is typical of Florentine painting of the age.

In his many pen-and-wash drawings on religious or mythologic images or for heraldic images, Ligozzi breathed a greater originality. He is known best for his depictions of fauna and flora; Ligozzi in this part of his work reflects the nascent scientific pursuits of the Medici, particularly with his botanical work. His botanically correct depictions of plants can even include exquisitely observed root systems. Ligozzi was commissioned to create some of the depictions found in the encyclopedic visual catalogue of the plant collections of Bolognese Ulisse Aldrovandi (kept in the Gabinetto Disegni e Stampe of the Uffizi Gallery). He is an Audubon of late Renaissance Florence. He is credited with bringing the lusher color-palate of Verona to Florence.

He was influential among some subsequent Florentines including Bartolomeo Bimbi, among direct pupils are Donato Mascagni, known as Frate Arsenio. His nephew Bartolommeo Ligozzi was also a painter. In Florence, he worked on some projects with Bernardino Poccetti. Both Agostino Carracci and Andrea Andreani engraved some of his works. He died in Florence.