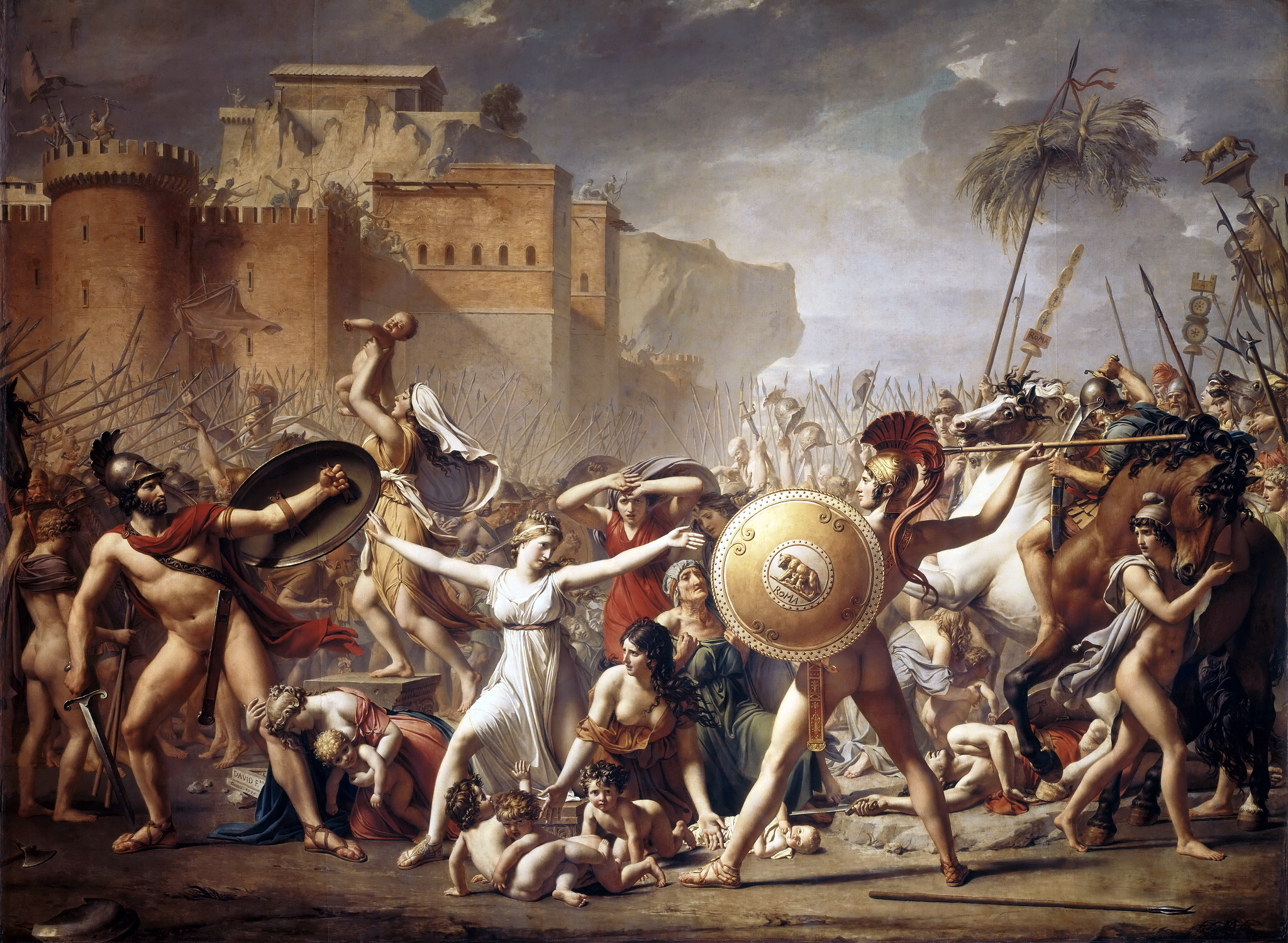 Jacques-Louis David (30 August 1748 – 29 December 1825) was an influential French painter in the Neoclassical style, considered to be the preeminent painter of the era. In the 1780s his cerebral brand of history painting marked a change in taste away from Rococo frivolity toward a classical austerity and severity, heightened feeling[1] chiming with the moral climate of the final years of the Ancien Régime.

David later became an active supporter of the French Revolution and friend of Maximilien Robespierre (1758–1794), and was effectively a dictator of the arts under the French Republic. Imprisoned after Robespierre’s fall from power, he aligned himself with yet another political regime upon his release, that of Napoleon I. It was at this time that he developed his Empire style, notable for its use of warm Venetian colours. David had a huge number of pupils, making him the strongest influence in French art of the early 19th century, especially academic Salon painting.

Jacques-Louis David was, in his time, regarded as the leading painter in France, and arguably all of Western Europe; many of the painters honored by the restored Bourbons following the French Revolution had been David’s pupils. David’s student Antoine-Jean Gros for example, was made a Baron and honored by Napoleon Bonaparte’s court. Another pupil of David’s, Jean Auguste Dominique Ingres became the most important artist of the restored Royal Academy and the figurehead of the Neoclassical school of art, engaging the increasingly popular Romantic school of art that was beginning to challenge Neoclassicism. To be one of David’s students was considered prestigious and earned his students a lifetime of reputation.

Despite David’s reputation, he was more fiercely criticized right after his death than at any point during his life. His style came under the most serious criticism for being static, rigid, and uniform throughout all his work. David’s art was also attacked for being cold and lacking warmth. David, however, made his career precisely by challenging what he saw as the earlier rigidity and conformity of the French Royal Academy’s approach to art. David’s later works also reflect his growth in the development of the Empire style, notable for its dynamism and warm colors. It is likely that much of the criticism of David following his death came from David’s opponents; during his lifetime David made a great many enemies with his competitive and arrogant personality as well as his role in the Terror. David sent many people to the guillotine and personally signed the death warrants for King Louis XVI and Marie Antoinette. One significant episode in David’s political career that earned him a great deal of contempt was the execution of Emilie Chalgrin. A fellow painter Carle Vernet had approached David, who was on the Committee of Public Safety, requesting him to intervene on behalf of his sister, Chalgrin. She had been accused of crimes against the Republic, most notably possessing stolen items. David refused to intervene in her favor, and she was executed. Vernet blamed David for her death, and the episode followed him for the rest of his life and after.

In the last 50 years David has enjoyed a revival in popular favor and in 1948 his two-hundredth birthday was celebrated with an exhibition at the Musée de l’Orangerie in Paris and at Versailles showing his life’s works. Following World War II, Jacques-Louis David was increasingly regarded as a symbol of French national pride and identity, as well as a vital force in the development of European and French art in the modern era