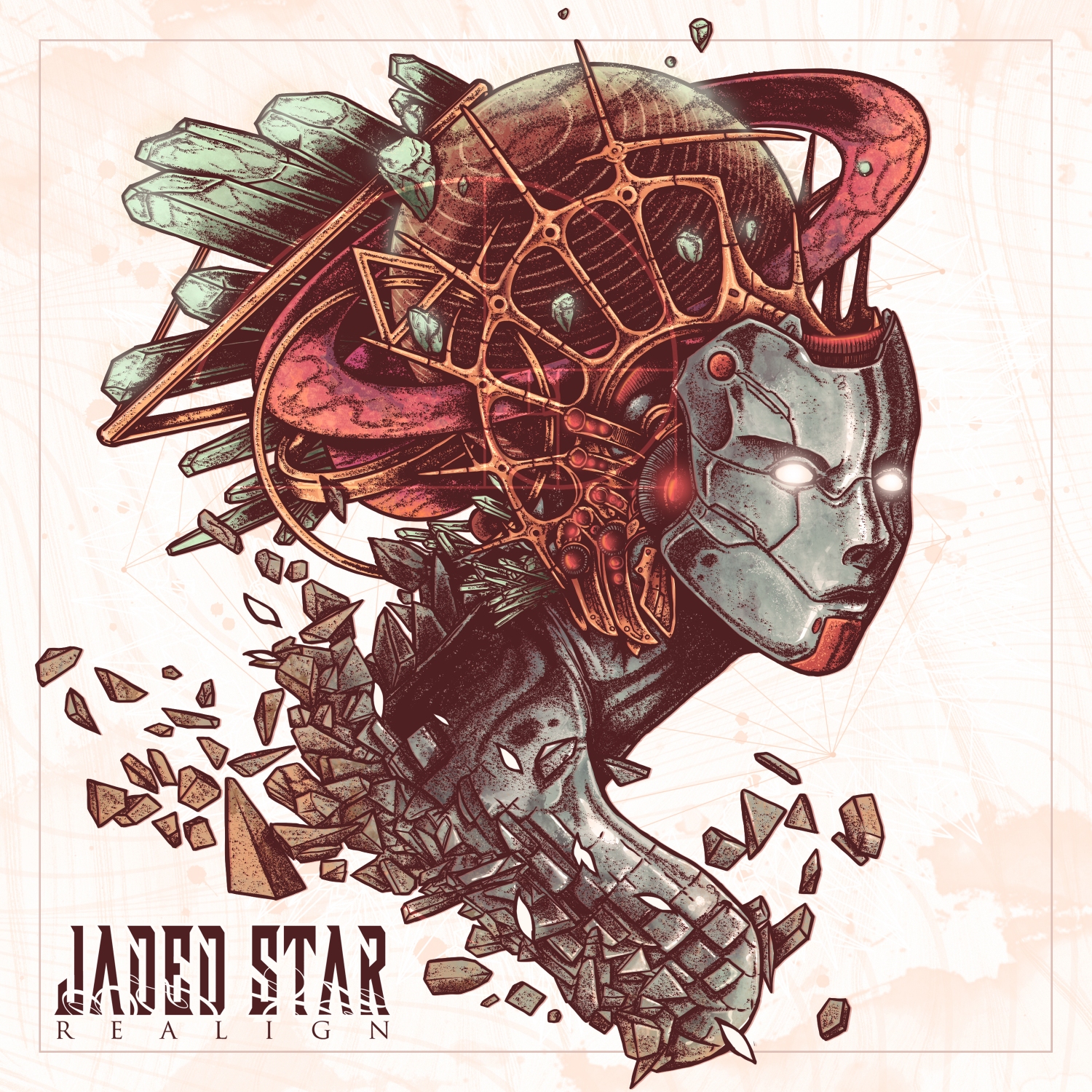 After touring the globe for years and captivating audiences all along the way, Maxi Nil (ex Visions Of Atlantis) and Raphael Saini (ex Iced Earth) joined forces to hit the road for their very own and brand new musical adventure to be known, as Jaded Star. Exploding with energy, experience and drive, the band’s debut album, ‘Memories From The Future’ ( 2015 / Sensory Records), took the heavy scene by storm and not only brought Jaded Star sharing stages with acts like Moonspell, Epica, Xandria, Draconian and many more but also building a loyal and worldwide fan base. Mixed and mastered by no one else than Fredrik Nordstrom at the legendary Fredman Studios in Sweden and produced by Maxi Nil herself, this debut transcends from mesmerizing verses to explosive choruses and set the remarkable starting point for what Jaded Star is all about. The years went by and after a memorable and intense journey with hundreds of shows around the world, it was time for the band to move on their next musical chapter.

In 2019 Jaded Star entered the studio, not only with new ideas and ready to take things to the next level but also with a new line up. With that new band spirit, Jaded Star will deliver their strongest, most emotional and heaviest album to date – Now with Dane Constantine on guitars, John Dres on bass, Angelo Vafiadis on keyboards and Jim Rouvell on drums the band’s upcoming album ‘Realign’, is set for release on November 6th via Noble Demon Records, being the charismatic and dynamic, beautiful but heavy, follow-up record, that their fans have been waiting for.

The Jade stone (aka emerald stone) is unbreakable and has healing powers and we kind of played with the meaning of the word jaded, which means tired, worn-out etc The message is to keep on fighting against all odds, you can achieve anything if you believe and work hard for it.

With ‘Realine’ marks a new era for the band. We have a new line up with Dane Constantine on guitars, Angelo Vafiadis on keyboards, John Dres on the bass and Jim Rouvell on drums. Jaded Star has been restructured, realigned so this title describes the state in which we are right now.

We play modern melodic metal which in many cases has been described as heavy rock and also my all-time favourite horrible description “female-fronted”…well yes obviously I’m a girl…does this define a whole musical genre? I don’t think so. When it comes to influences, we all come from different musical backgrounds but one thing we have in common is our love for the heavy, dark sound and good songs.

Being the lyricist of the band I have always been writing my personal stories, experiences and thoughts. It’s a journey from darkness to light and vice versa and I really hope the reader can relate and see his/her self in those words.

The term Dark Arts is mostly used by extreme metal bands I think. The most common translation is Black Magic which is, let’s say a theme, that many bands of the extreme sound take inspiration from. If you ask me, when I hear the words Dark Arts I don’t imagine witches and satanic creatures…To me, Dark Arts are something romantic, creative and melancholic at the same time.

The artist behind the artwork of ‘Realign’ is Jon Toussas (Graphic No Jutsu) with whom we have worked several times in the past but not on the album artwork. The first thing I told him was that we wanted something powerful, an image that shouts regeneration! We wanted to combine hand drawing with some digital elements and Jon is great at this! The creature on our cover is made of stone and steel and carries the whole universe on its head along with the Jade stones which mean so much to us.