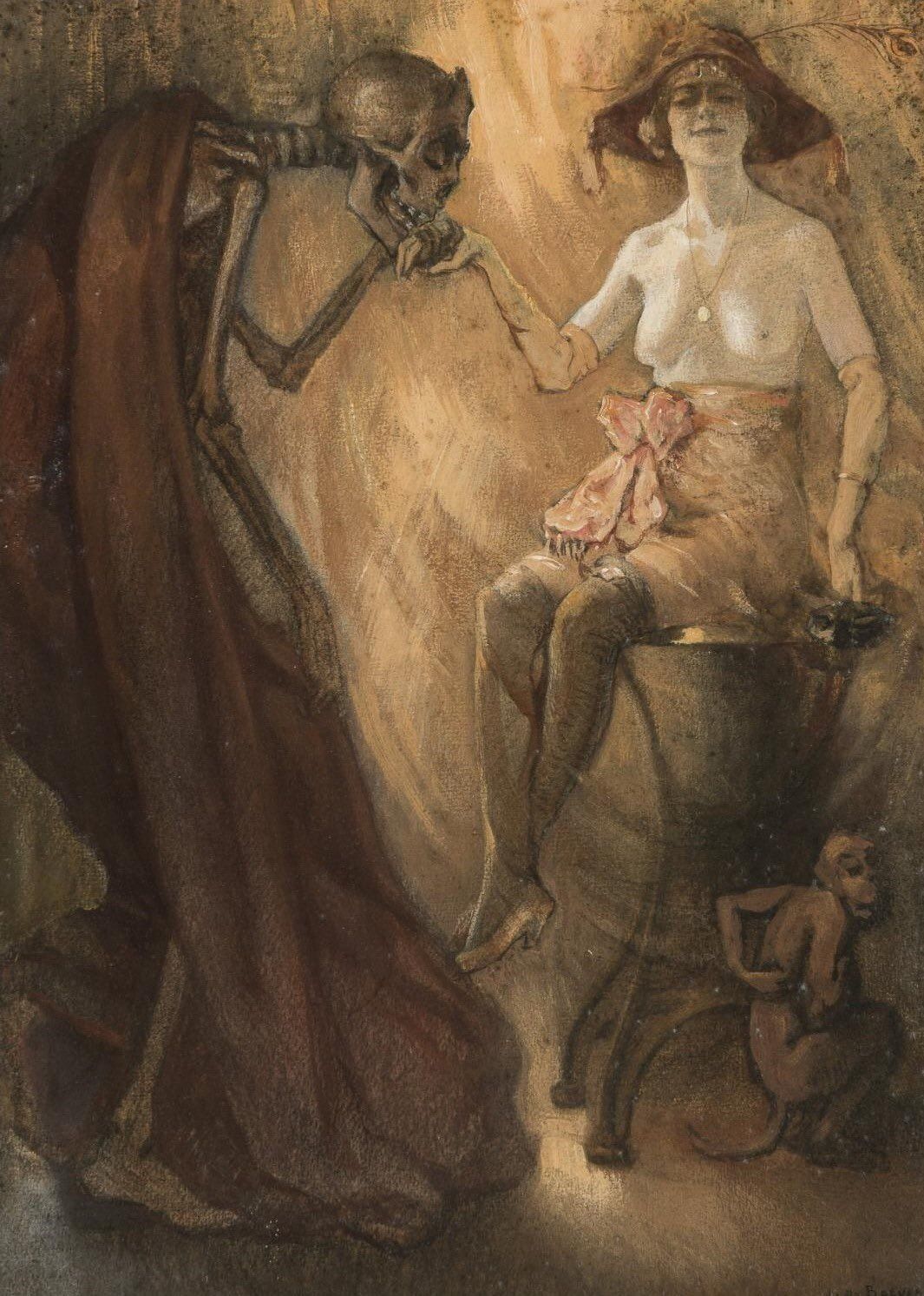 Jan Frans De Boever (Ghent, Belgium, 8 June 1872 – 23 May 1949) was a Flemish Symbolist painter. He was very successful during most of his lifetime, and he considered himself as one of the best painters ever in his country. His megalomaniac character made him a solitary and isolated artist, whose work moved the last few decades to the U.S.A. where became a beloved artist. Jan Frans De Boever received his training in Ghent at the Royal Academy of Fine Arts under Louis Tytgadt, whose niece he married. Tytgadt provided him with an introduction to important circles in his city, and he became a celebrated and well-known artist, a recognised celebrity at official exhibitions in Ghent, Antwerp, Brussels and Liege. Suddenly in about 1909 he modified his style radically, painting licentious women and prostitutes in morbid and bizarre settings. Skeletons, death and eroticism began to dominate his paintings. Semi-clothed women were depicted as servants of the devil, creating an atmosphere of evil.

Man is shown as woman’s toy, a languid object submitting himself to her slightest caprice. In 1914 he started to illustrate Charles Baudelaire’s “Les Fleurs du mal” for the wealthy art-collector Speltinckx. Up to 1924 he must have made 157 gouaches for those poems, of which 86 have been recovered; this series of gouaches is sometimes considered as his major work. Once he had discovered his own style, a form of Symbolism belonging to the decadent movement, he ignored ongoing artistic developments and drew his inspiration from literature, music and mythology. His paintings were very successful until 1935, when indirectly financial crisis struck. He reduced his prices in vain, but nevertheless continued to paint in the same fashion until his death in 1949.