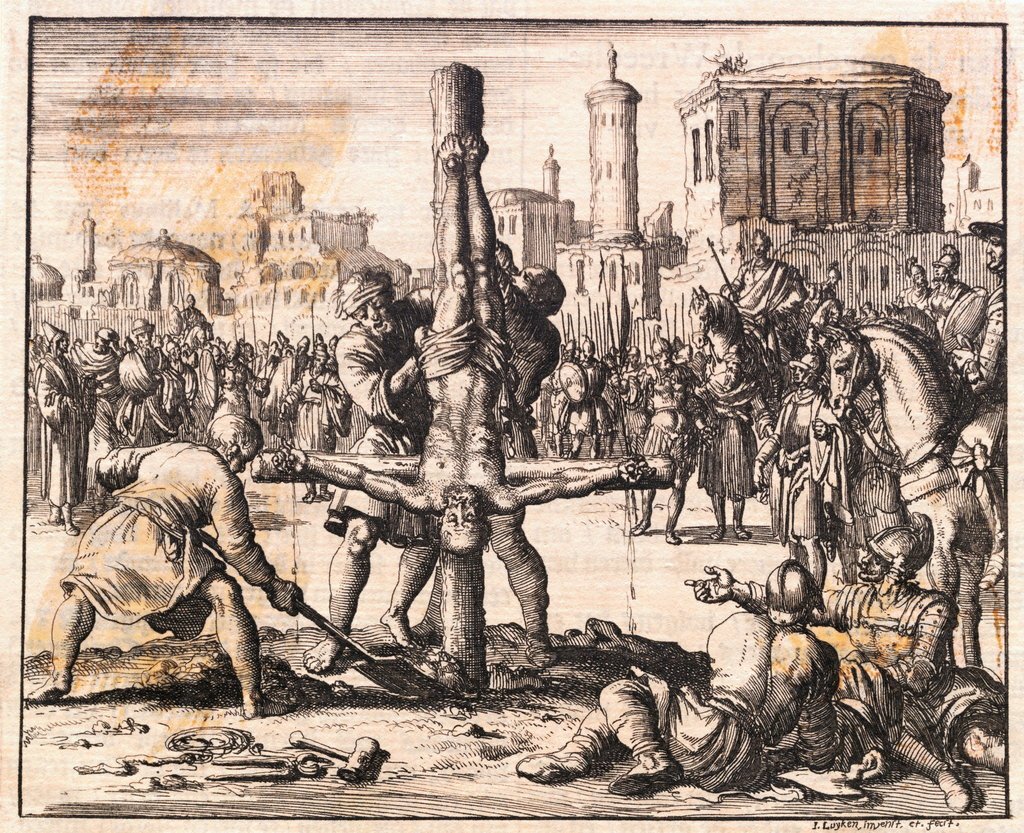 Johannes or Jan Luyken (April 16, 1649, Amsterdam – April 5, 1712, Amsterdam) was a Dutch poet, illustrator and engraver. He was born in Amsterdam and learned engraving from his father Kaspar Luyken. He married at 19 and had several children, of who Kasparus Luiken also became a renowned engraver. In his twenty-sixth year, he had a religious experience that inspired him to write moralistic poetry. He illustrated the 1685 edition of the Martyrs Mirror with 104 copper etchings. Thirty of these plates survive and are part of The Mirror of the Martyrs exhibit. He also published Het Menselyk Bedryf (“The Book of Trades”) in 1694, which contains numerous engravings, by Luiken and his son Caspar (Caspaares), of 17th century trades.

Huysmans’ anti-hero Des Esseintes was an admirer of Luyken’s engravings and had prints from his Religious Persecutions hung in his drawing room. He described them as ‘appalling engravings containing all the tortures that the madness of religion could devise.’ Des Esseintes was enthralled not just by Luyken’s graphic depictions but his ability to reconstruct times and places in his works.