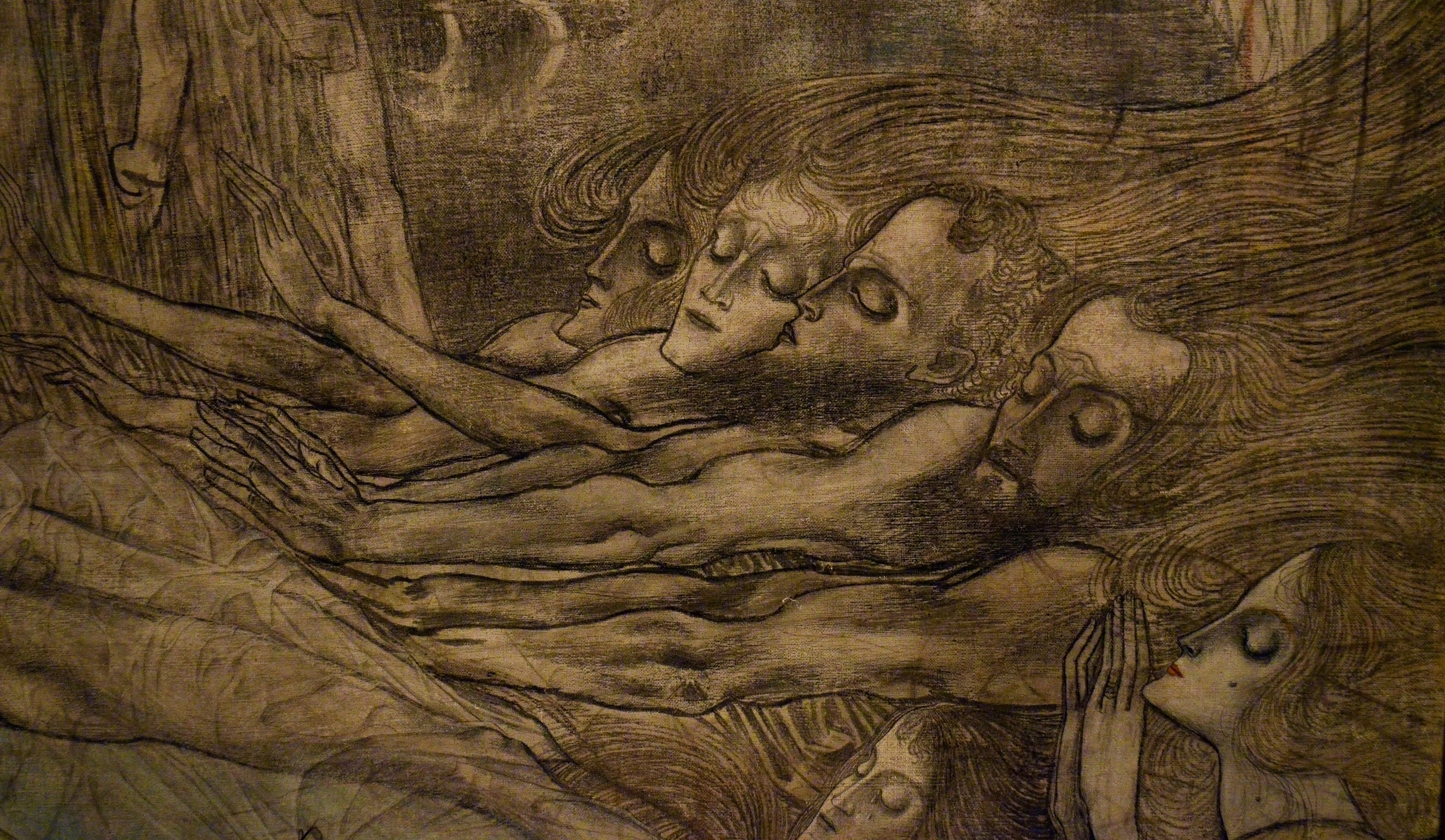 Dutch painter, born in Java. Studied art in Delft and Amsterdam. A grant allowed him to study in Brussels, where he came into contact with the XX group, and became a member in 1885. He befriended Khnopff, Ensor and de Groux. In 1886, he met Whistler in London. He discovered the Pre-Raphaelites and William Morris’ views on art and socialism. In 1890 he developed his own version of Symbolism using elements of a Javanese aesthetic. Met Péladan in 1892. In 1905 converted to Catholicism. His themes thereafter became religious and even mystic. His style simplified and he adopted a technique close to Pointillisme, which he put at the service of a fragmentation of the surface of the painting at poles from the measured unity to which Seurat aspired. These fragmentary surfaces relate Toorop to Expressionism.