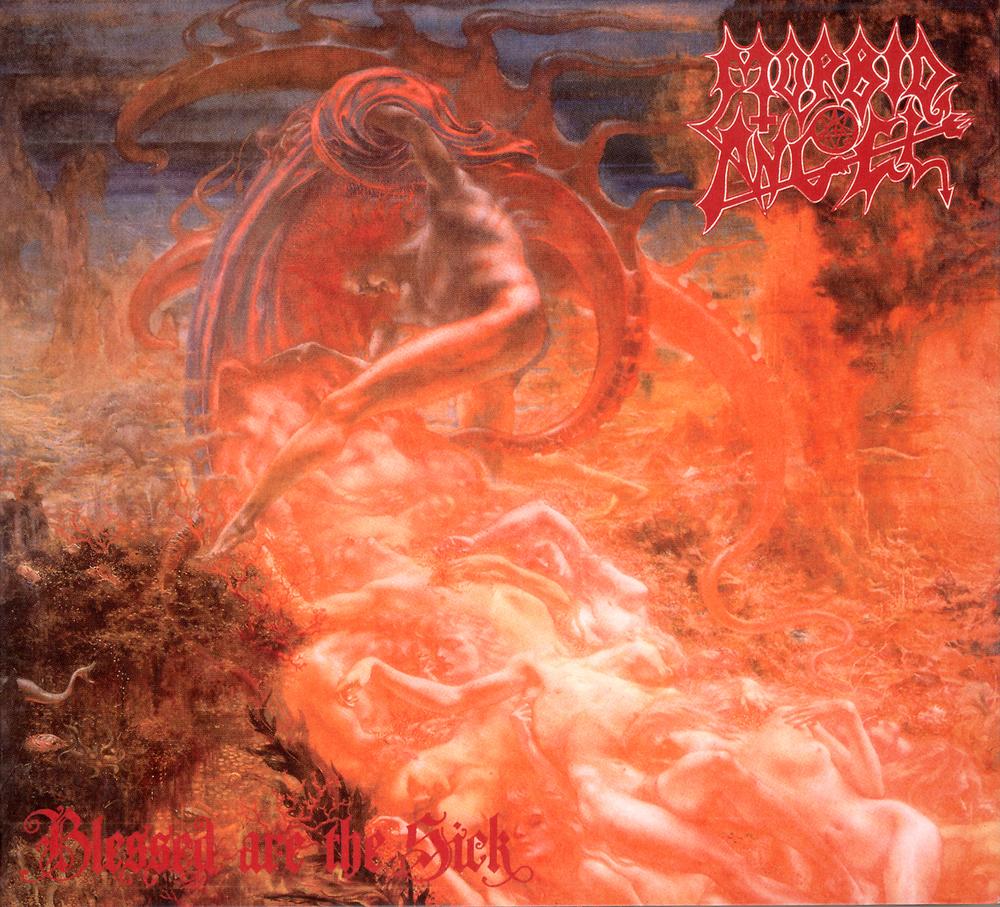 Many Metal fans have been introduced to the world of Jean Delville via the cover artwork of Morbid Angel’s “Blessed Are The Sick”, which features the 1895 painting “Satan’s Treasures”. However, the late Belgian artist produced a vast body of work that also included many other visual pieces and writings. As a true revolutionary, Delville used art to express his philosophical ideas and views of the world during the late XIX and early XX centuries.

Many years after his passing, his work (usually labeled as Symbolist) is still relevant and revered by new generation of art enthusiasts. A proof of that is the exhibit “Jean Delville, Maître de l’idéal”, which recently opened at the Musée Félicien Rops in Namur, Belgium. This collection was put together by the artist’s granddaughter, Miriam Delville. She spoke with HeavyMetalArtwork.com about this impressive collection of fine, timeless art and her efforts for keeping alive her relative’s legacy.

HMA: For how long you’ve been researching and cataloging Jean Delville’s works for this exhibition?

Miriam Delville: I started working very seriously cataloging in 2008, looking for works mentioned in exhibition’s catalogues of the 1880’s and 1890’s and so on,… But I started getting interested in his works in the late 1960s.

HMA: From where it came the idea of organizing this particular exhibition?

Miriam Delville: The Félicien Rops museum in Namur organized in 2011 an exhibition “Impressions Symbolistes, Edmond Deman, éditeur d’art” and I had been looking for information about Edmond Deman who had organized an exhibition of Jean Delville in his bookshop in the 1890’s. From then on, after a first meeting at the museum, we shared the idea to organize the exhibition.

HMA: Would you say that this is, so far, the most complete exhibit of Delville’s works?

Miriam Delville: Since the end of the 1960s, Jean Delville has been often exhibited in thematic exhibition on Symbolism. “Jean Delville, Maître de l’Idéal”, is the most complete exhibition dedicated to a vision of his whole works, painting and writing, from 1886 to 1935. The works reproduced in the catalogue shows paintings ‘till 1947. There is also a whole article about his writing activities.

HMA: The exhibit’s catalog is very impressive with more than 80 reproductions of  the artist’s works. Was it difficult to gather all those pieces to include them as part of the exhibition?

Miriam Delville: All the works in the catalogue are not exhibited. Many of them are too large, for instance “L’Ecole de Platon” is at the Musée D’orsay in Paris or “Les  Trésors de Sathan” belongs to the Musée Royaux des Beaux-arts in Brussels,… The catalogue in that sense is very important because it give a good idea of Jean Delville’s production on a large span of time.

HMA: The piece on the catalog’s cover is “L’idole de la perversité” which is very suggestive and rich in cryptic meanings. Why did you choose this piece to represent the whole exhibition?

Miriam Delville: That was the catalogue editor’s idea. I may have chosen another work, for instance the drawing Parsifal which is more peaceful but perhaps less striking.

HMA: Some of the most iconic Delville’s works are considered part of the Symbolist movement. However, his work is much more than that. It’s an amalgamation of many aesthetics. What’s your opinion about this?

Miriam Delville: The exhibition shows quite a few works of the late 1880, when Jean Delville was still drawing and painting in a realist manner. Those works show social interests. Then came the period when he read a lot about esoteric. His works became then more complex with a lot of symbols like “l’Idole de la perversité” and “Parsifal”, the drawing, and the idea of initiation and initiate. Later with his interest in theosophy, he linked his works to the idea a higher development of the human conscience and the integration of his monumental work in public spaces.

HMA: Can you mention what other classic Delville works are part of this exhibit?

HMA: In recent years there has been a renewed interest in Delville works. Even some artists have used his paintings as part of album covers. Why do you think this is happening now?

HMA: Do you have any memories about your grandfather working on his paintings, writing, etc…? If yes, would you share one of those with us?

Miriam Delville: My parent’s home was right beside Jean Delville’s house. I have known my grandfather just a few years before his death in 1953. I met him only a few times. Back then, people did not communicate with each other the same way we do nowadays and I was a child. But I have a very good memory of his atelier, his house and his garden.

HMA: Are you satisfied with the results of this exhibition?

Miriam Delville: I receive felicitations for the choice and excellent display of the works exhibited. I’m quite happy about it.