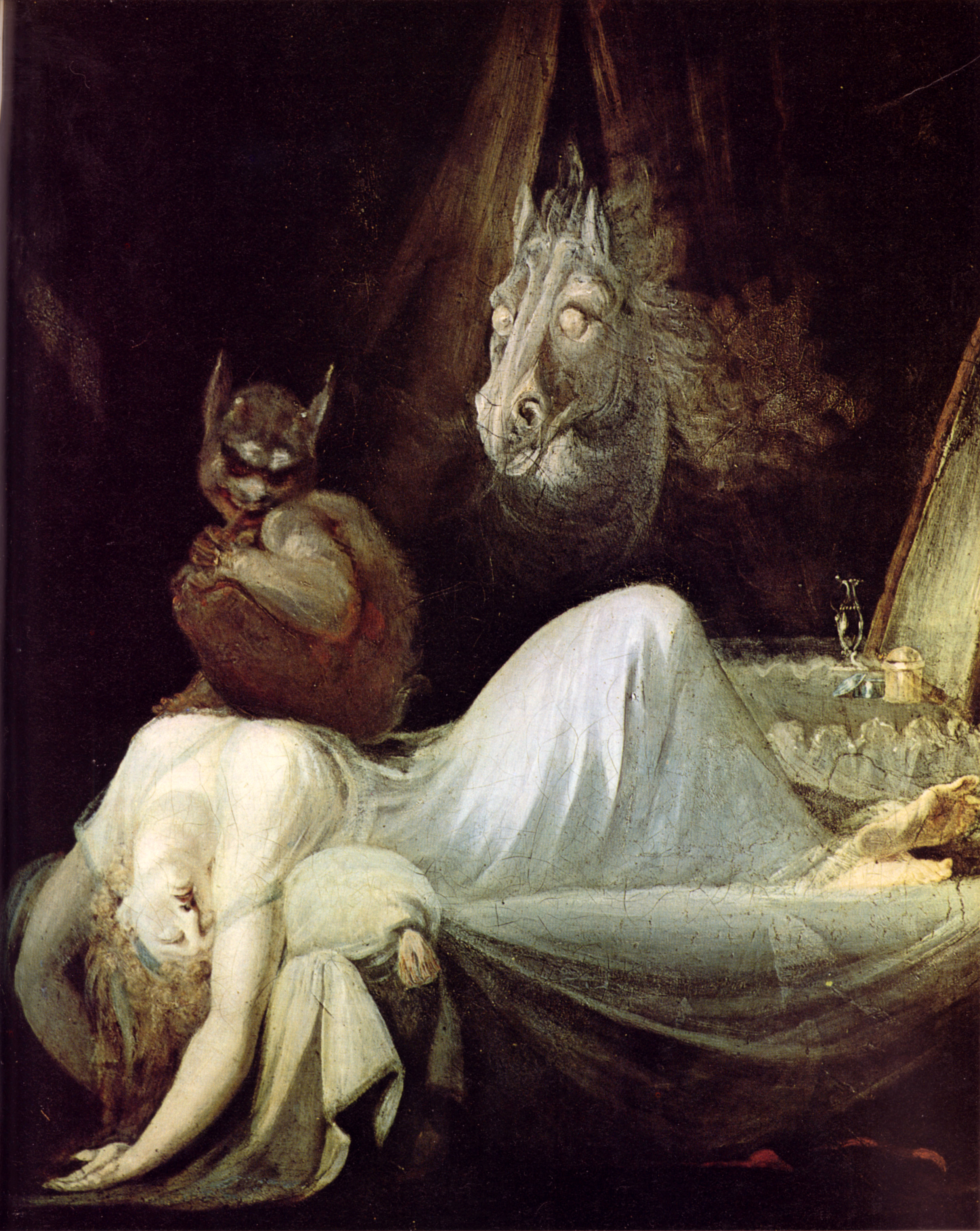 Henry Fuseli was born in Switzerland, the son of a painter and writer, Johann Caspar Fuseli (sometimes spelt Füssli, 1707-82). His father’s love of art and literature was transmitted to his son, manifesting itself in such works as The Death of Oedipus (1784) and Titania and Bottom (c. 1780-90), as well as in Henry’s later career as an art critic.

At the age of 20, Henry Fuseli was ordained as a pastor, but a disagreement with his father prompted him to leave Switzerland and the Church. He traveled throughout Europe, studying in Germany and Italy, where he was influenced by Michelangelo, before arriving in London. He was soon accepted into the London art-world and became a member of the Royal Academy in 1790. Despite frequent visits to Europe, including to his native Switzerland, he always returned to London.

Fuseli’s enigmatic, dreamlike Nightmare was exhibited at the Royal Academy in 1790, bringing him wide public acclaim and instant fame. The unsettling subject matter and treatment reveal the disparate influences of Classicism (engendered by his study of Michelangelo), the grotesque, as seen in the work of Arcimboldo, and the work of William Blake.

From: Essential History of Art