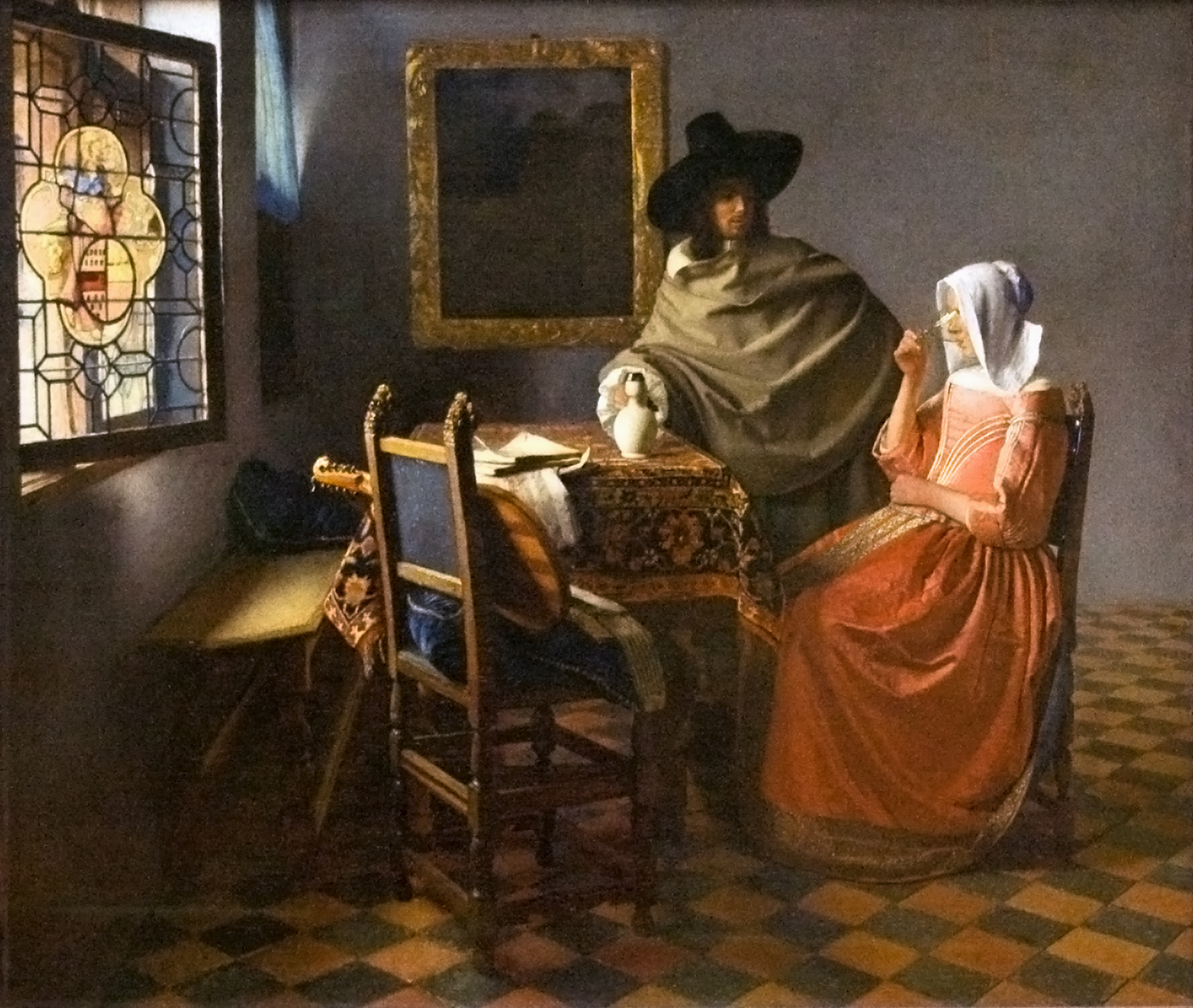 Dutch painter. He specialized in domestic interiors, portraits and city views. His entire life was spent in Delft, where, it has been suggested, he may have been trained by Leonaert Bramer or Carel Fabritius. His work does indeed show an affinity with that of Fabritius, but their relationship remains uncertain. Vermeer was a Master in the Delft painters’ guild from 1653, was elected Dean (hoofdman) in 1662-3 and 1670-71, and was highly regarded in his lifetime, although he seems to have never been particularly wealthy, leaving his wife and 11 children in debt at his death. His name and reputation were almost forgotten until 1866 when the art critic Thoré Burger published an essay attributing 66 pictures to him (only 34 paintings are firmly attributed to him today). The few contemporary references to his paintings all relate to surviving works, so it is unlikely that there were ever many more – he may have been a slow worker and probably (like many Dutch painters of this period) had another source of income – a trip to The Hague in 1672 to authenticate some paintings suggests that he may have been a picture dealer.

A chronology of Vermeer’s work is complicated by the fact that only three paintings are dated: The Procuress (1656, Dresden, Gemäldegalerie), The Astronomer (1668, private collection), and The Geographer (1669, Frankfurt, Städelsches). Two pictures are generally accepted as earlier than The Procuress; both are history paintings, painted in a warm palette and in a relatively large format for Vermeer – Christ in the House of Mary and Martha (Edinburgh, National Gallery) and Diana and her Companions (The Hague, Mauritshuis). After The Procuress almost all of Vermeer’s paintings are of contemporary subjects in a smaller format, with a cooler palette dominated by blues, yellows and greys. It is to this period that practically all of his surviving works belong. They are usually domestic interiors with one or two figures lit by a window on the left. They are characterized by a serene sense of compositional balance and spatial order, unified by an almost pearly light. Mundane domestic or recreational activities become thereby imbued with a poetic timelessness (e.g. Woman Reading a Letter at an Open Window, Dresden, Gemäldegalerie). To this period also have been allocated Vermeer’s two townscapes, View of Delft (The Hague, Mauritshuis) and A Street in Delft (Amsterdam, Rijksmuseum). A few of his paintings show a certain hardening of manner and these are generally thought to represent his late works. From this period come The Allegory of Faith (c 1670, New York, Metropolitan Museum) and The Letter (c 1670, Amsterdam, Rijksmuseum).

The often discussed sparkling pearly highlights in Vermeer’s paintings have been linked to his probable use of a camera obscura, the primitive lens of which would produce halation and, even more noticeably, exaggerated perspective. Such effects can be seen in Lady at the Virginals with a Gentleman (London, Royal Collection). Vermeer’s interest in optics is also attested in this work by the accurately observed mirror reflection above the lady at the virginals.