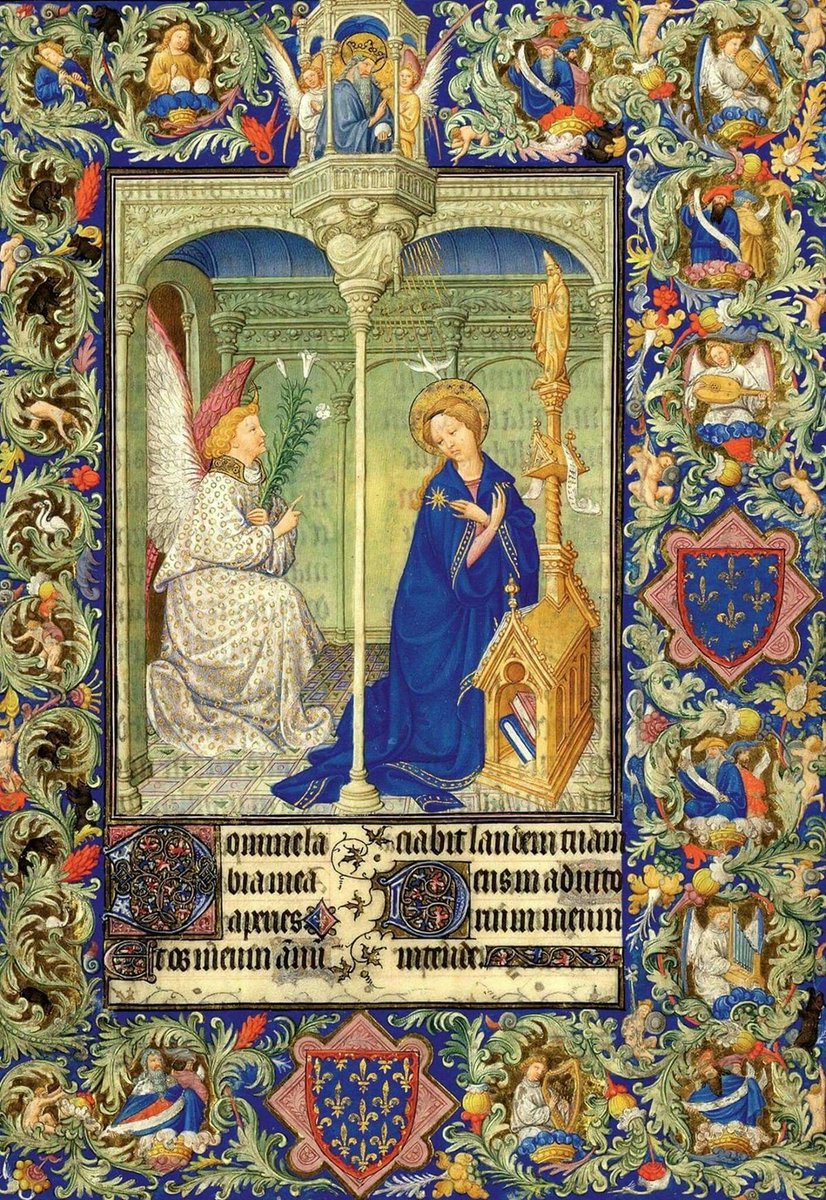 John of Berry or John the Magnificent (French: Jean de Berry; 30 November 1340 – 15 June 1416) was Duke of Berry and Auvergne and Count of Poitiers and Montpensier. He was the third son of King John II of France and Bonne of Luxemburg; his brothers were King Charles V of France, Duke Louis I of Anjou and Duke Philip the Bold of Burgundy. He is primarily remembered as a collector of the important illuminated manuscripts and other works of art commissioned by him, such as the Très Riches Heures.

He was born at Vincennes on 30 November 1340. Upon the death of his older brother Charles V in 1380, his son and heir, Charles VI was a minor, so Berry and his brothers, along with the king’s maternal uncle the Duke of Bourbon acted as regents. Following the death of Louis of Anjou in 1384, Berry and his brother Burgundy were the dominant figures in the kingdom. The king ended the regency and took power into his own hands in 1388, giving the governance of the kingdom largely to his father’s former ministers, who were political enemies of the king’s powerful uncles. Berry and Burgundy bided their time, and were soon able to retake power, in 1392, when the King had his first attack of insanity, an affliction which would remain with him throughout his life. The two royal dukes continued to rule until 1402, when the king, in one of his moments of lucidity, took power from them and gave it to his brother Louis, Duke of Orléans. Simon of Cramaud, a canonist and prelate, served the Duke in his efforts to find a way to end the Great Western schism that was not unfavorable to French interests.

In his later years, John became a more conciliatory figure in France. After the death of Philip the Bold in 1404, he was the last survivor of the sons of King John, and generally tried to play the role of a peacemaker between the factions of his nephews Orléans and John the Fearless. After the murder of Orléans at the orders of the Duke of Burgundy, Berry generally took the Orléanist or Armagnac side in the civil war that erupted, but was always a moderate figure, attempting to reconcile the two sides and promote internal peace. It was largely due to his urging that Charles VI and his sons were not present at the Battle of Agincourt in 1415. Remembering his father’s fate as a captive after the Battle of Poitiers 59 years before, Berry feared the fate of France should the king and his heirs be taken captive and successfully prevented their participation. He died a few months after the battle, which proved as disastrous as he had feared.