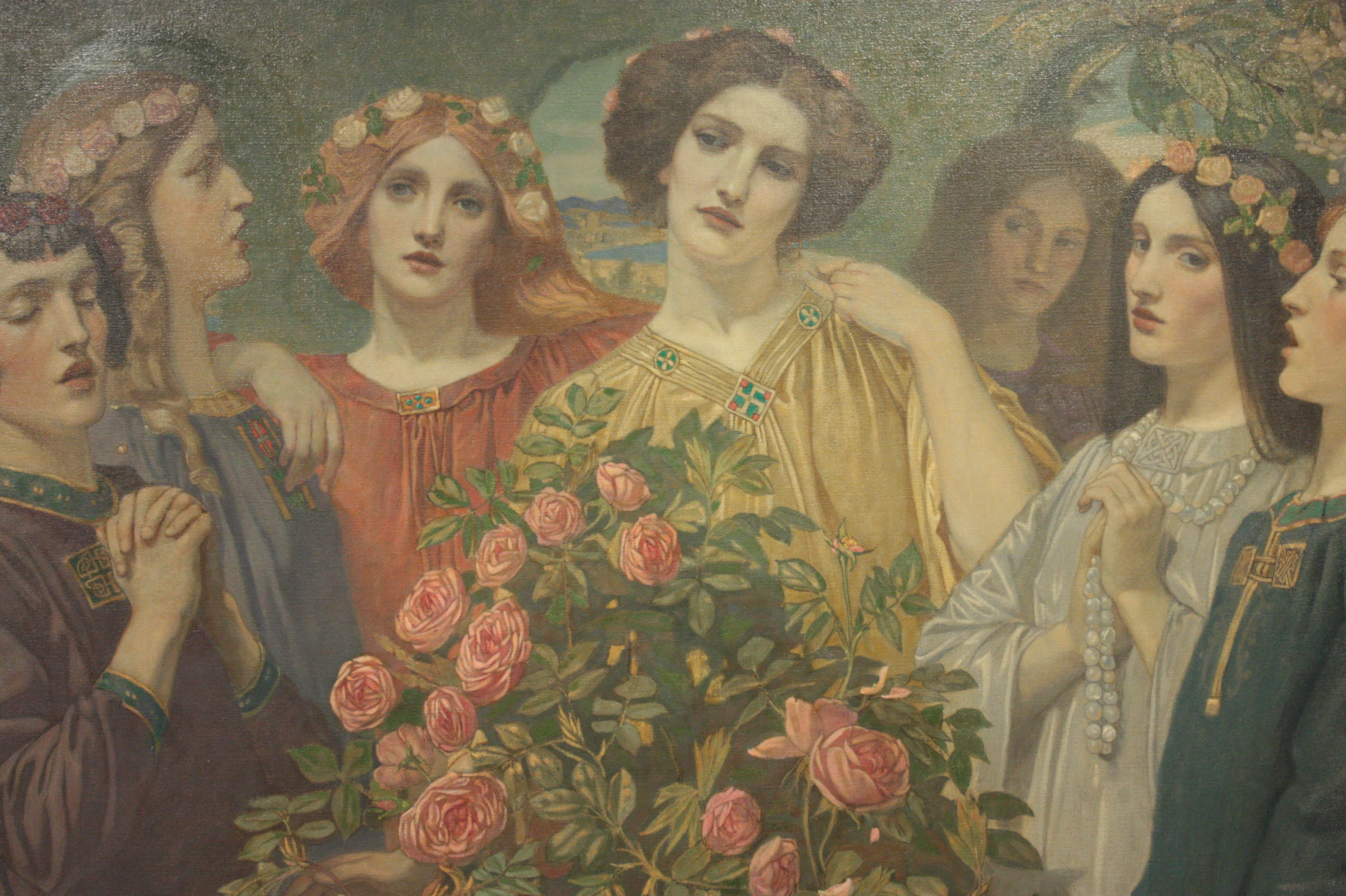 John Duncan was born in Dundee, Scotland in 1866. His father was a cattleman. John, however, had no interest in the family business and preferred the visual arts. By the age of 11 he was a student at the Dundee School of Art, then based at the High School of Dundee. Called a madman by some and a mystic by others, Duncan admitted to hearing “faerie music” whilst he painted. Although his work remains strongly rooted in the Pre-Raphaelite movement, there is a certain graphical quality which sets it apart from his contemporaries and likens it to Art Nouveau, while the subject matter is thoroughly Celtic Revival —he is generally referred to as a “symbolist” by art critics. His interest in Celtic Revival was also shared by the Scottish singer Marjory Kennedy-Fraser; they eventually became close friends and Duncan painted her while on a trip to Eriskay in 1905. His dreamy, mystical nature led him to fall in love with a woman whom he believed to have discovered the Holy Grail in a well in Glastonbury and who later divorced him. He never remarried and died in 1945.