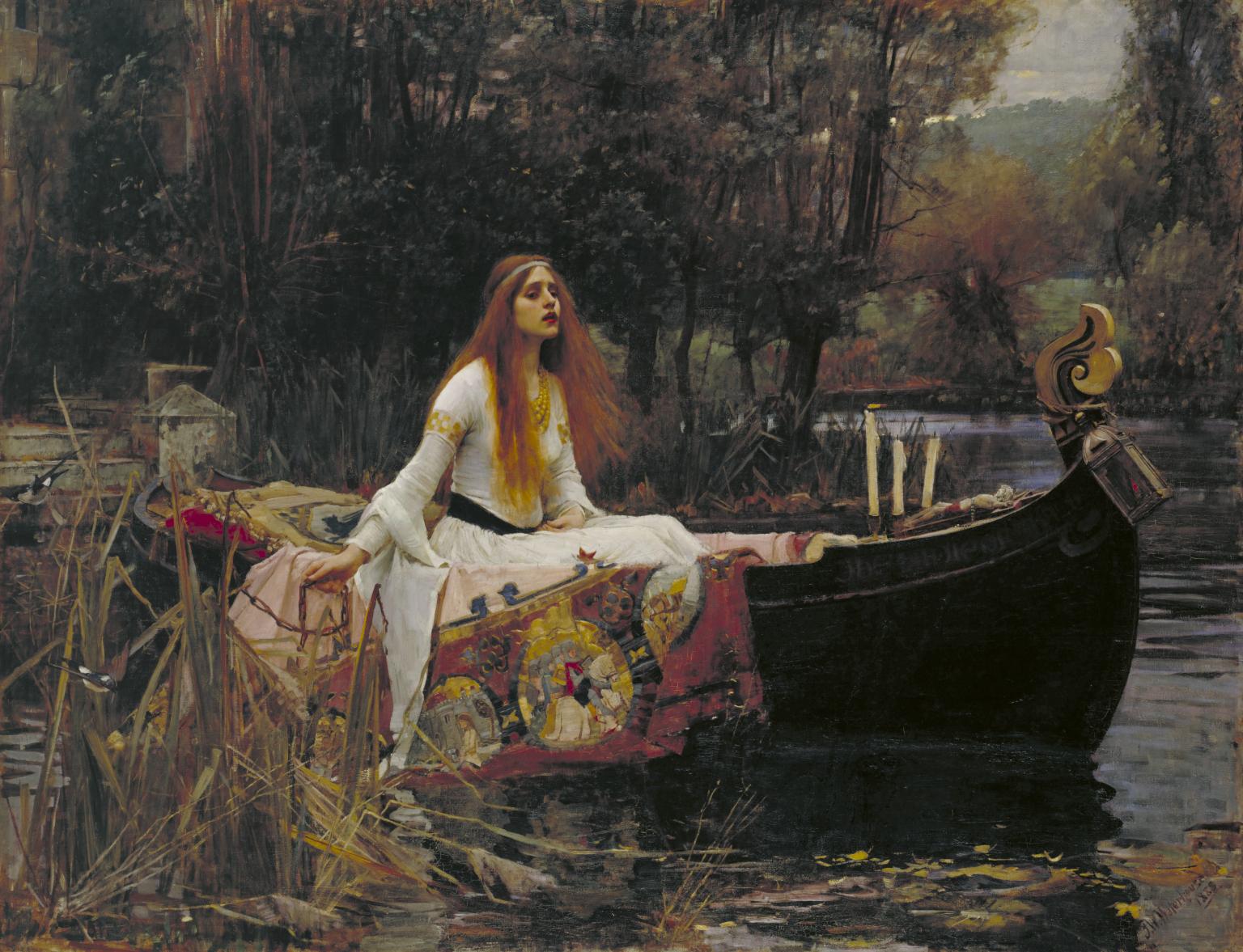 Painter of classical, historical, and literary subjects. John William Waterhouse was born in 1849 in Rome, where his father worked as a painter. He was referred to as “Nino” throughout his life. In the 1850s the family returned to England. Before entering the Royal Academy schools in 1870, Waterhouse assisted his father in his studio. His early works were of classical themes in the spirit of Sir Lawrence Alma-Tadema and Frederic Leighton, and were exhibited at the Royal Academy, the Society of British Artists and the Dudley Gallery. In the late 1870s and the 1880s, Waterhouse made several trips to Italy, where he painted genre scenes.

After his marriage in 1883 to Esther Kenworthy, Waterhouse took up residence at the Primrose Hill Studios (number 3, and later, number 6). Future occupants of the same Primrose Hill studios would include the artists Arthur Rackham and Patrick Caulfield. Waterhouse painted primarily in oils, yet he was elected to the Royal Institute of Painters in Watercolour in 1883, resigning in 1889. In 1884, his Royal Academy submission Consulting the Oracle brought him favourable reviews; it was purchased by Sir Henry Tate, who also purchased The Lady of Shalott from the 1888 Academy exhibition. The latter painting reveals Waterhouse’s growing interest in themes associated with the Pre-Raphaelites, particularly tragic or powerful femmes fatales, as well as plein-air painting. Other examples of paintings depicting a femme fatale are Circe Invidiosa, Cleopatra, La Belle Dame Sans Merci and several versions of Lamia. In 1885 Waterhouse was elected an associate of the Royal Academy and a full member in 1895. His RA diploma work was A Mermaid. However, as this painting was not completed until 1900, Waterhouse offered his Ophelia of 1888 as his temporary submission (this painting was ‘lost’ for most of the 20th century–it is now in the collection of Lord Lloyd Webber).

In the mid-1880s Waterhouse began exhibiting with the Grosvenor Gallery and its successor, the New Gallery, as well as at provincial exhibitions in Birmingham, Liverpool and Manchester. Paintings of this period, such as Mariamne, were exhibited widely in England and abroad as part of the international symbolist movement. In the 1890s Waterhouse began to exhibit portraits. In 1900 he was the primary instigator of the Artists’ War Fund, creating Destiny, and contributing to a theatrical performance. The pictures offered to the War Fund were auctioned at Christie’s. In 1901 he moved to St John’s Wood and joined the St John’s Wood Arts Club, a social organization that included Alma-Tadema and George Clausen. He also served on the advisory council of the St. John’s Wood Art School where young and upcoming “neo Pre-Raphaelite” artists such as Byam Shaw numbered amongst his pupils.

Despite suffering from increasing frailty during the final decade of his life, Waterhouse continued painting until his death from cancer in 1917. From 1908-1914 he painted a series of paintings based upon the Persephone legend. They were followed by pictures based upon literature and mythology in 1916 (Miranda, Tristram and Isolde). One of his final works was The Enchanted Garden, left unfinished at his death, and now in the collection of the Lady Lever Art Gallery in Liverpool. Very little is known of Waterhouse’s private life – only a few letters have survived and thus, for many years, the identity of his models has been a mystery. One that has survived indicates that Mary Lloyd, the model for Lord Leighton’s masterpiece Flaming June, posed for Waterhouse. The well-known Italian male model, Angelo Colorossi, who sat for Leighton, Millais, Sargent, Watts, Burne-Jones and many other Victorian artists, also sat for Waterhouse.

Waterhouse and his wife Esther did not have any children. Esther Waterhouse outlived her husband by 27 years, passing away in 1944 at a nursing home. Today, she shares her husband’s grave at Kensal Green Cemetery in north London. Waterhouse’s great-nephew, Dr John Physick, has carried the Waterhouse torch into the 21st century and has shared some of his memories of his family on this website. More details about Waterhouse’s life can be found in the monographs by Anthony Hobson, Peter Trippi and Aubrey Noakes.