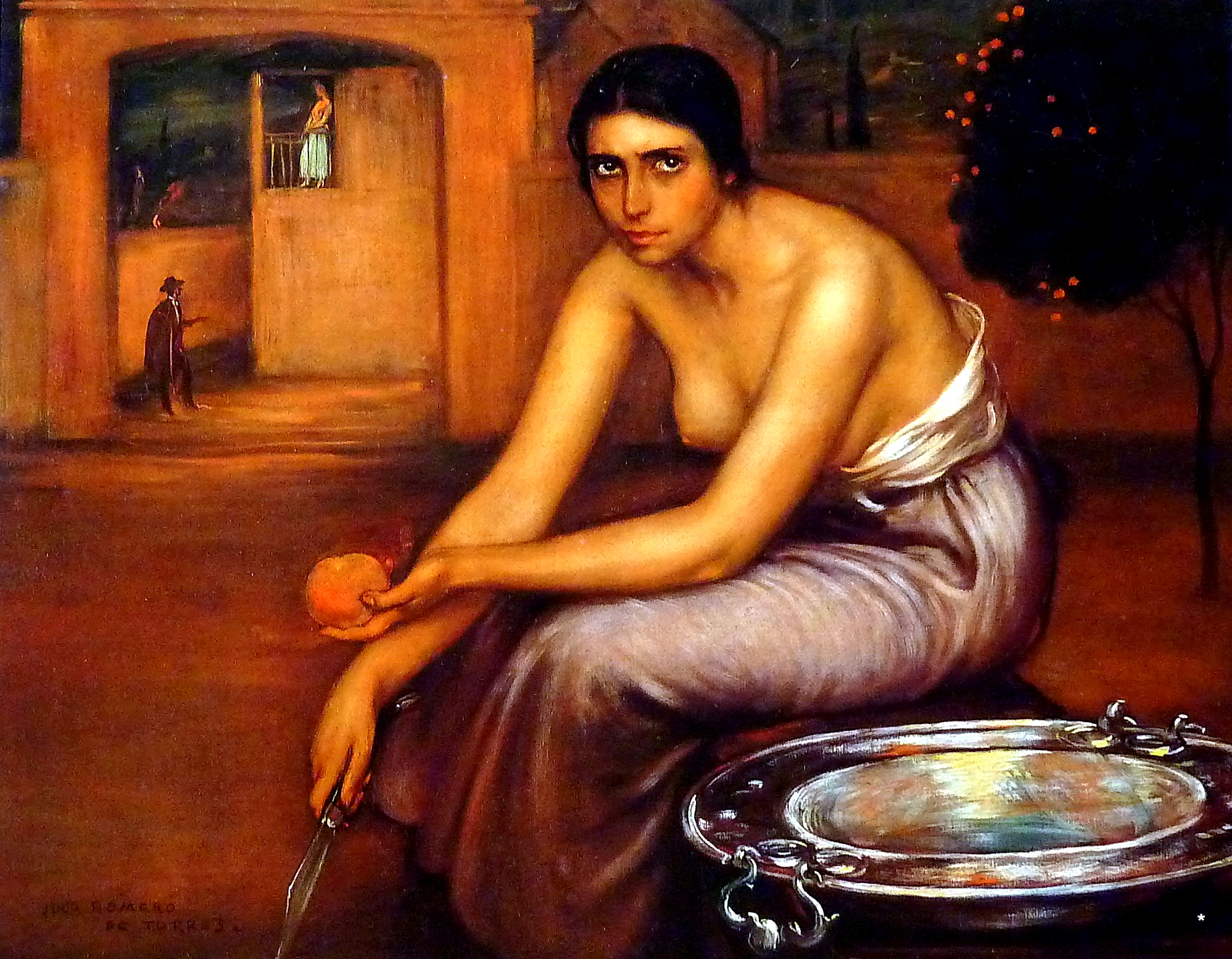 He was born and died in Córdoba, Spain, where he lived most of his life. His father was the famous painter Rafael Romero Barros and his mother was Rosario de Torres Delgado. Julio learned about art from his father who was the director, curator and founder of Córdoba’s Museo Provincial de Bellas Artes and an impressionist painter. He took an interest in art at a young age and started studying at the School of Fine Arts when he was 10. He went to Madrid to work and study in 1906. He also traveled all over Europe to study and he picked up a symbolist style, for which he is best known. A museum dedicated to the work of de Torres is situated at Plaza del Potro 1 Cordoba 14002.

He spent most of his life living in Córdoba and Madrid and both places had influences on his paintings. He combined many different styles when he painted because he had many different influences including realism, which was a popular style at that time and impressionism, which he picked up from living in Córdoba and from his father. While in Córdoba he became part of the late 19th century intellectual movement that was based on the Royal Academy of Science, Arts and Literature. Julio Romero also won many awards in his lifetime. In 1895 he won an honorable mention at the National Exhibition and later won third place in 1899 and 1904. In 1914 he relocates to Madrid, where he makes contact with the intellectual and artistic environment of the time together with his brother Enrique. He became a regular at the café Nuevo Levante and his paintings began to reflect the philosophical currents of the times, represented by such writers of the times as Ramón del Valle-Inclán and Rubén Darío. When the war broke out in 1914 Julio Romero fought for the allies as a pilot.

After the war in 1916 he became a professor of Clothing Design in the School of Fine Arts in Madrid. In 1922 he traveled to The Argentine Republic with his brother Enrique. He later got sick and returned to Córdoba to recover. His condition continued to deteriorate until he entered a state of delirium. He died on May 10, 1930 at the age of 55. The Museum of Julio Romero de Torres at his former residence in Córdoba houses examples of his works, as well as works by Francisco Zurbarán, Alejo Fernández, Antonio del Castillo and Valdés Leal. Some of his important works at the museum include Amor místico y amor profano, El Poema de Córdoba, Marta y María, La saeta, Cante hondo, La consagración de la copla, Carmen, and La chiquita piconera.