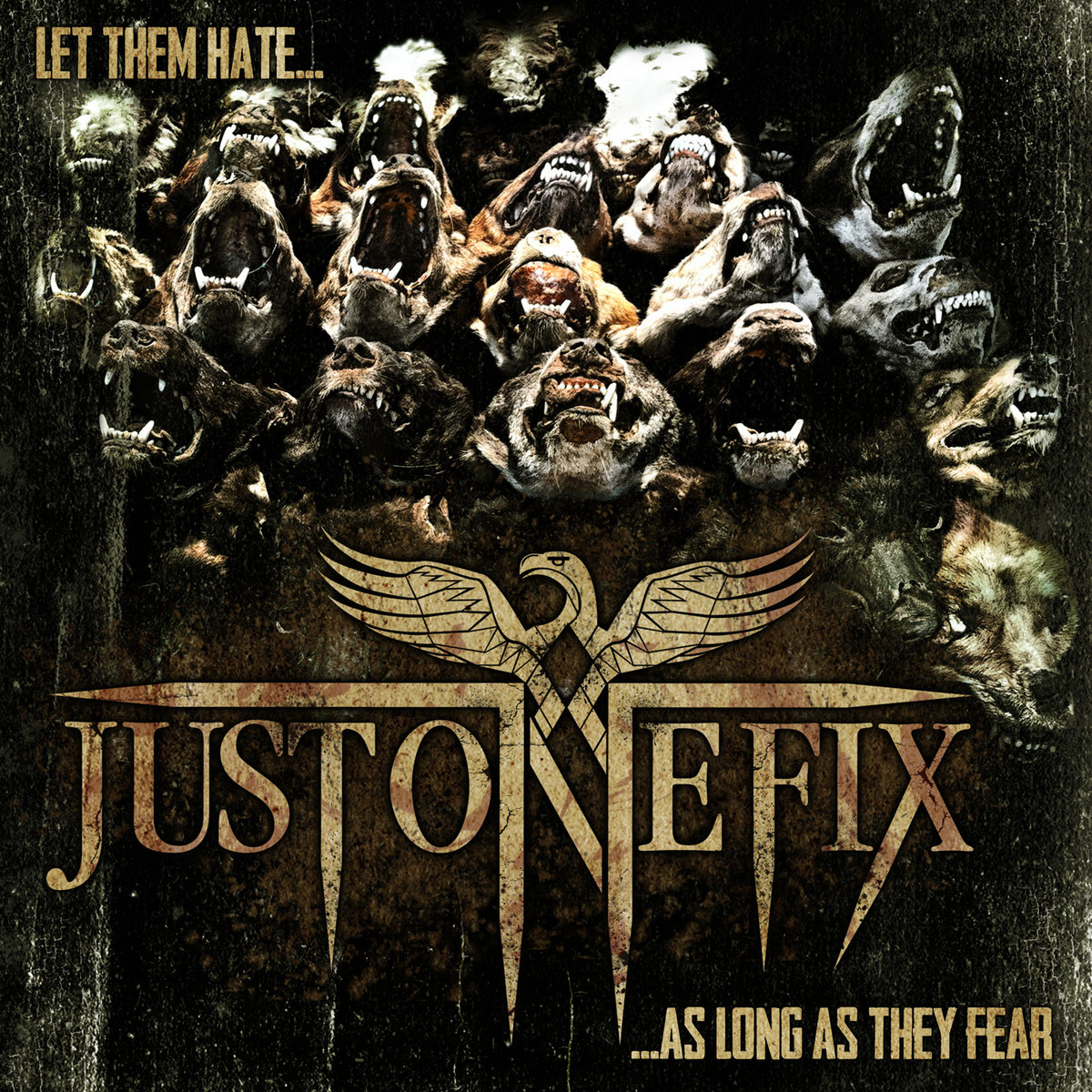 Let Them Hate… as Long as They Fear By Riccardo Ball

We have a new EP on the way, it’s been demoed, and we are aiming to finish recording around August. Before that was our album ‘Let Them Hate … So Long As They Fear’, it’s Evolutionary Thrash if there’s such a thing – guess there is now! Certainly has other elements in there, death and doom definitely and some progressive features.

The last album title came from a quote from the Roman Emperor Caligula. I don’t care what they think so long as they don’t cross me. He was a much-misunderstood figure, but the victors write the history as they say.

I listened to a lot of different music growing up, but metal grabbed me for its defiance in the face of the banal. I’ve always written verse or poetry, whatever you want to call it, and it seemed a natural progression to give that a better platform.

I dealt with a lot of death in my formative years, a great grandfather passing and an uncle taking his own life in the same year when I was around 7 or 8, then friends in my teenage years and another Uncle who was very much an inspiration died climbing in the Himalayas when I was 20. All of that had me questioning what we were doing here, and all of the religious bullshit just seemed so childish and transparent. I write a lot about that.

I write about the infantile doctrines that religions put forward and their hypocrisy. Still, I also have different experiences I’ve had, so not every song is about the same thing. Dead Inside, for example, I wrote after my Grandfather passed away. He was in the Second World War. He had bottled a lot of shit up and locked it away in a small box inside of him, but towards the end, a lot of that came flooding back for him, and he was haunted by it all still.

The artwork was done by Barny Bewick of Indium Design, with an extensive history in the UK and NZ. He came to me with an idea, he had been sent this photo by a friend of his who was travelling in Africa, and it was amazing. Do you know how supermarkets pyramid pile mellons or whatever? This was the same sort of thing at an African market, but it was severed heads of wild dogs – it was just so striking and savage, I loved it immediately. There’s no tight concept around this record, but I guess human savagery and the value of life are themes in general, so I think it ties in there.