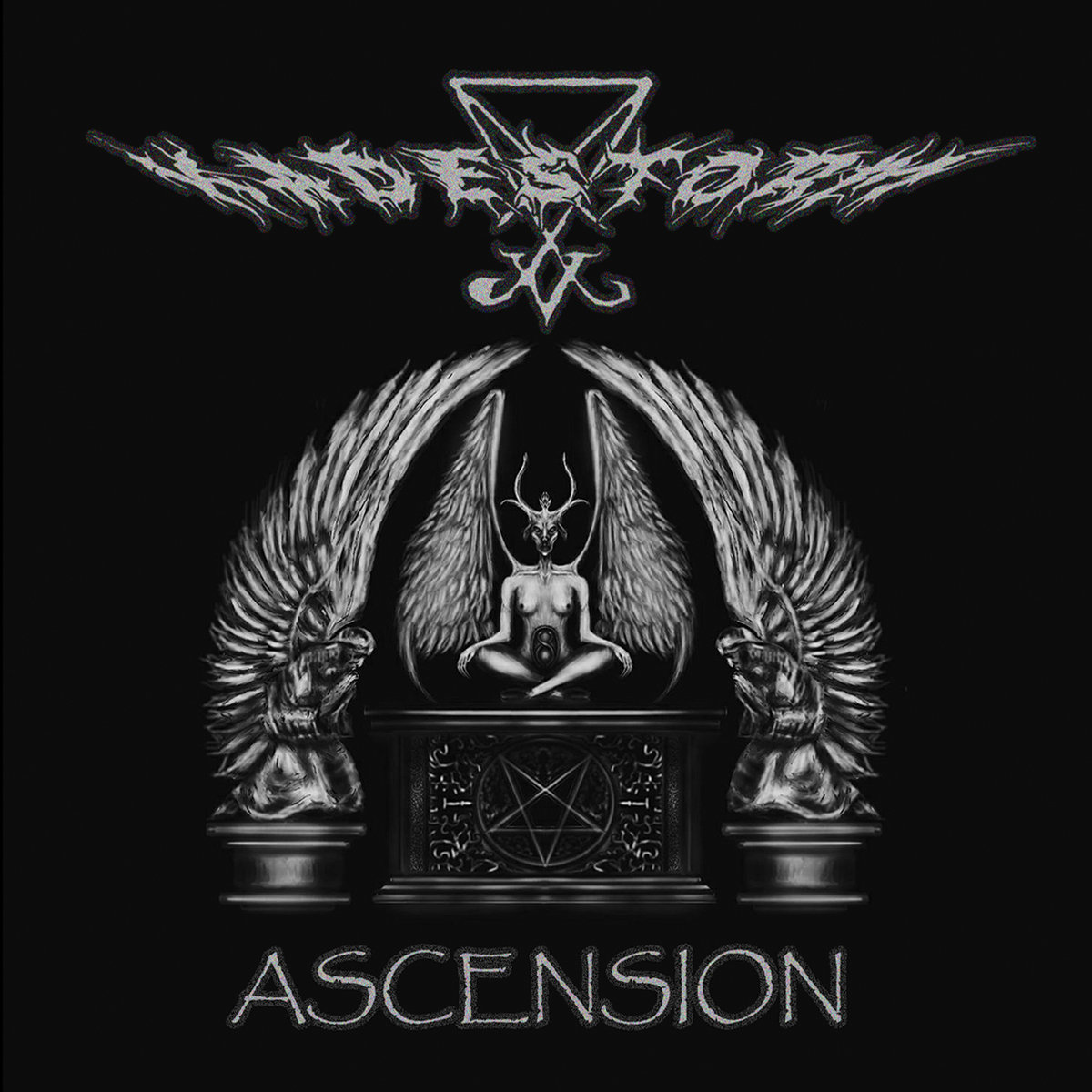 Kade Storm is a solo Blackened Doom Metal musician running a solo project under his name, based in Skegness, United Kingdom. The project is black metal in primary style, image and themes but also relies on a combination of doom metal and death metal elements to the sound and writing process.

I generally create a certain blend of extreme metal under my name as a solo project. The main thematic and aesthetic are black metal, but I also incorporate heavy doom metal and death metal elements into the sound and execution. It’s what comes naturally to the process with the central aim of creating dark, heavy and atmospheric soundscapes.

I’ve recently released an LP titled Ascension 2021. In line with the vision of this project, it is a black metal album with some heavy doom metal and death metal elements and comprised of three very long tracks. By sound and style, it’s intended to be very dark, atmospheric and heavy. The writing, production and mixing processes went according to plan, but the backdrop wasn’t pleasant due to personal reasons, which ironically were also the driving force behind this album. It was quite a tense process, given the issues within the personal backdrop, but the actual writing and production itself progressed at a decent pace. Normally, distractions can become a hindrance, but they were not this time around.

Going in line with the black metal styling and aesthetic, I opted for the monochrome look to fit the vision. Swedish artist and extreme metal enthusiast created the artwork itself, Dalila Belazi, who has done artwork for various other death metal and black metal bands in the past, such as Profane Burial. I was very honoured to have her contribution here because it was a perfect cover visualisation for the album’s theme as a concept.

I find inspiration from various sources, including many things that, on the surface, would be considered irrelevant on unrelated. I find that my best work is often with a jarring and fairly negative backdrop, which leaves some ambivalence with the creative process and the final product.