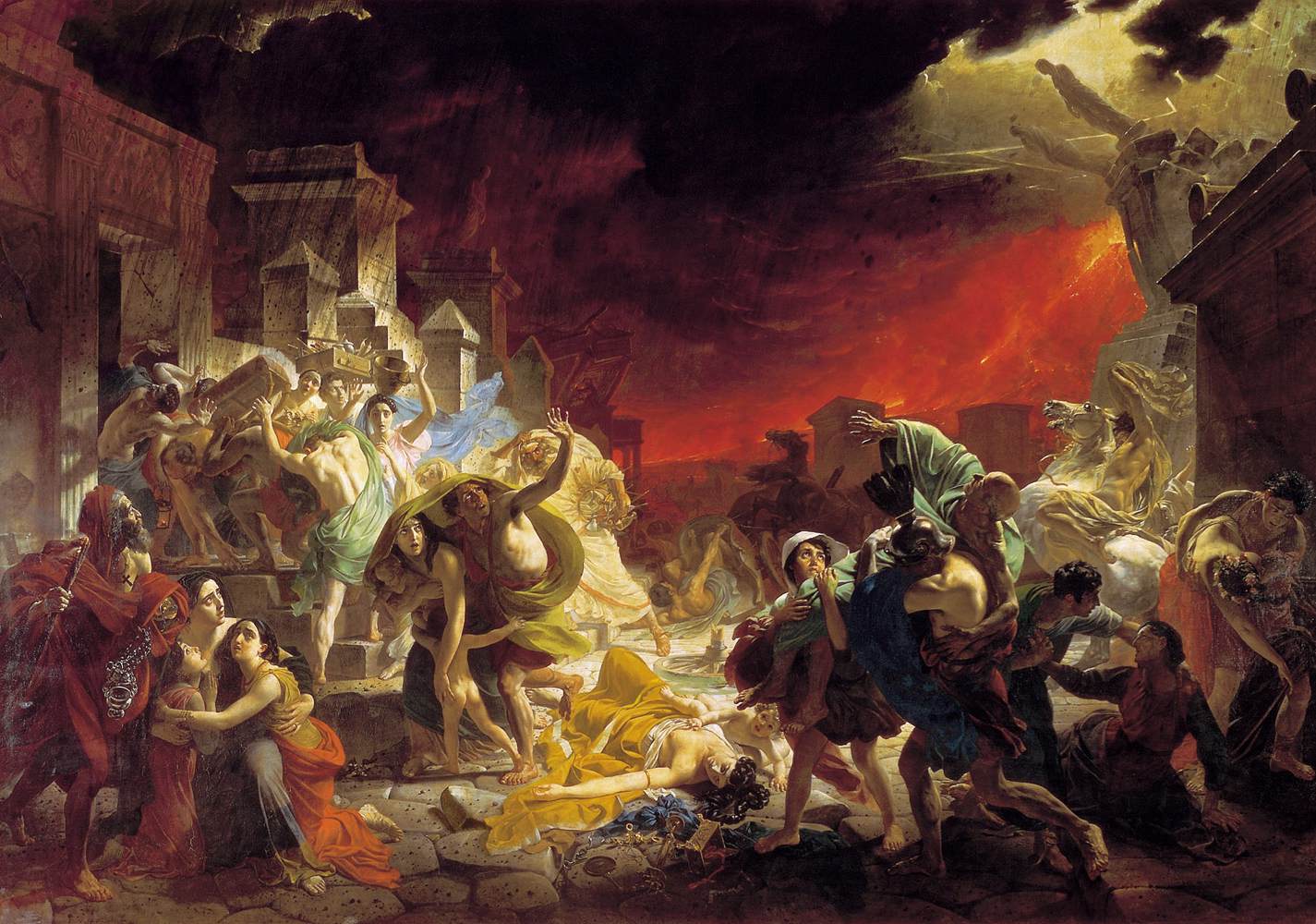 Karl Bryullov was born on December, 12th (23), 1799 in St. Petersburg, in a family of the academician, the woodcarver and engraver Pavel Ivanovich Briullo (Brulleau, 1760—1833). He felt drawn to Italy from his early years. Despite his education at the Imperial Academy of Arts (1809–1821), Bryullov never fully embraced the classical style taught by his mentors and promoted by his brother, Alexander Bryullov. After distinguishing himself as a promising and imaginative student and finishing his education, he left Russia for Rome where he worked until 1835 as a portraitist and genre painter, though his fame as an artist came when he began doing historical painting.

His best-known work, The Last Day of Pompeii (1830–1833), is a vast composition compared by Pushkin and Gogol to the best works of Rubens and Van Dyck. It created a sensation in Italy and established Briullov as one of the finest European painters of his day. After completing this work, he triumphantly returned to the Russian capital, where he made many friends among the aristocracy and intellectual elite and obtained a high post in the Imperial Academy of Arts. An anecdote concerning Briullov appeared in Leo Tolstoy’s essay “Why Do Men Stupefy Themselves?”.

While teaching at the academy (1836–1848) he developed a portrait style which combined a neoclassical simplicity with a romantic tendency that fused well, and his penchant for realism was satisfied with an intriguing level of psychological penetration. While he was working on the plafond of St Isaac’s Cathedral, his health suddenly deteriorated. Following advice of his doctors, Briullov left Russia for Madeira in 1849 and spent the last three years of his life in Italy. He died in the village of Manziana near Rome and is buried at the Cimitero degli Inglesi there.