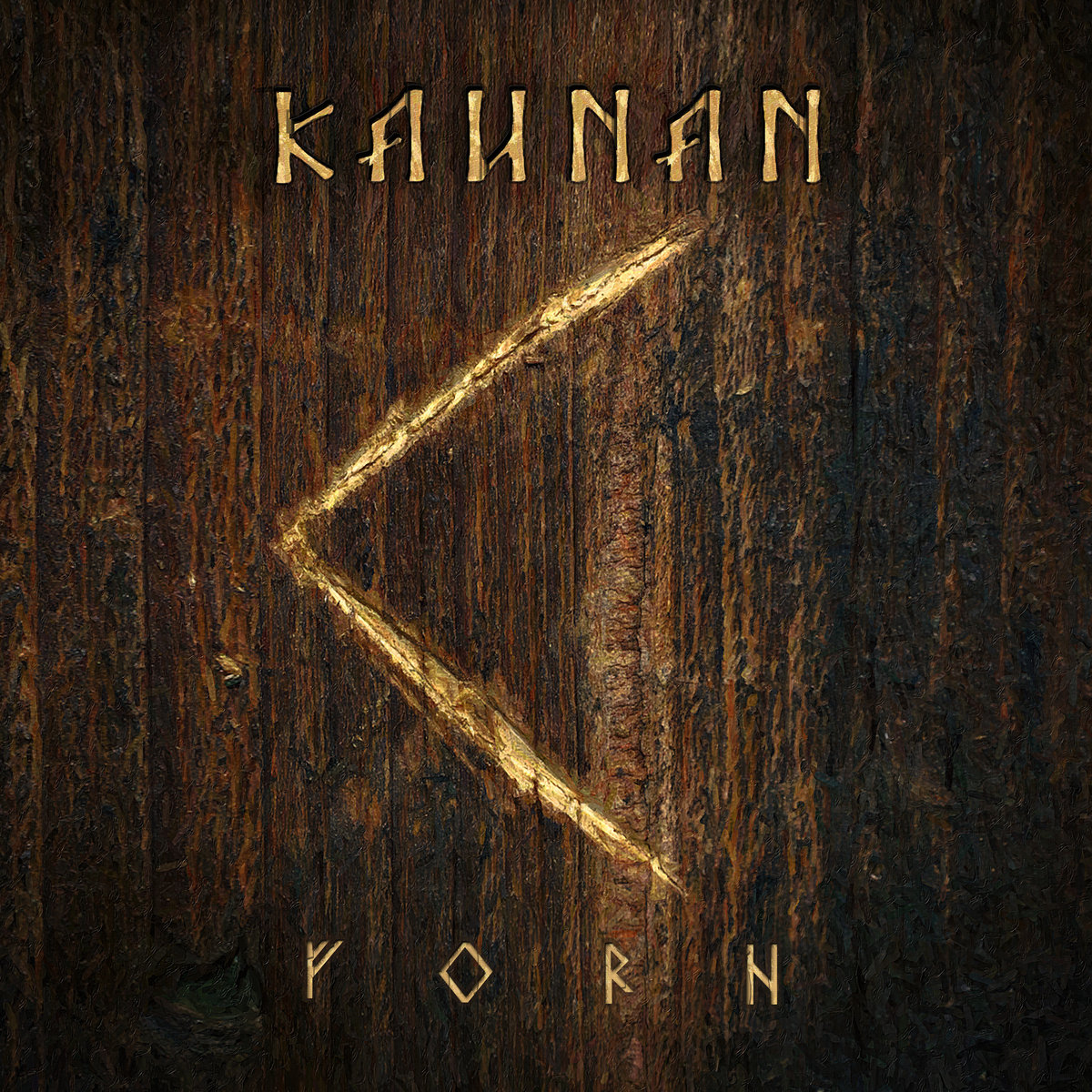 Voices of the north

The Nordic-folk trio Kaunan breathe new life into old traditional Scandinavian music, reawakening the ancient realms of pre-Christian folklore by drawing on ancient songs and tunes; odd scales; early folk instruments like the kontrabasharpa, the hurdy-gurdy, various lutes, the lyre, and the bagpipes; and the old Norse myths. After nine years of performing and collecting song material, Kaunan will finally release their debut album entitled “Forn” through the Norwegian label By Norse Music later this fall.

Kaunan is Oliver S. Tyr (Ger.), Boris Koller (Au.) and Göran Hallmarken (Swe). Oliver S. Tyr is the frontman of the well-known German folk band Faun. Boris Koller is a professional painter and composer who specializes in working with the old types of Nyckelharpa (the Kontrabasharpa, and Gammelharpa). He has contributed to numerous studio productions and concerts performed by various early music ensembles. Göran Hallmarken is one of the most outstanding hurdy-gurdy players on the Swedish folk and medieval music scene. The upcoming album features contributions by leading guest musicians such as Einar Selvik (Wardruna), Maria Franz (Heilung and Songleikr) and the Swedish percussionist Dhani Åhlman.

HMA: What are your backgrounds?

Göran: Early in my life, the medieval tunes struck me as something special. Although in my early years, I was also influenced a lot by the rock music, that I could hear through the wall of my brother’s room. Some singing in the local choir didn’t dilute the mix.

Boris: In the beginning of the 80s I recorded early music on tape from the radio. I never listened to pop or rock music. Without any music education outside the school, I began to compose classical music, some of my orchestral pieces were even performed in the finest classical venues in Vienna. With my first nyckelharpa (Swedish key fiddle) I began to dig deeper into Swedish folk music traditions.

Oliver: It is hard to find teachers or a school, for the weird old instruments that we play. Therefore I never studied music but had a lot of workshops with most folk musicians. Also modifying our instruments, to be able to create these old archaic sounds and scales, is another big part of our music.

HMA: How did ‘Forn’ come together?

Boris: Most of the tunes are simply traditional tunes, that I like to play on my kontrabasharpa, (the older type of nyckelharpa). Music usually played on the nyckelharpa is mostly from the region Uppland in Sweden. On the kontrabasharpa, I feel free to play old tunes from other Swedish regions and Norway as well. What I choose to play is a personal decision. I have a huge collection of sheet music and recordings from Scandinavian traditional music. It took me about nine years to find the right melodies, that fit the instrument, my taste and the approach of Kaunan. Then Oliver joins in with his instruments and later Göran.

Oliver: But we also began to compose songs on our own, following the old folk style. For example, Göran did a great job at our song “Elve Fert”, where he put an old Swedish poem into music, that tells about a knight who is seduced by elven ladies.

HMA: What kind of non-musical sources do you guys draw inspiration from in composing and arranging your music?

Boris: Language, but also language is part of the music. Then there are the stories behind the tunes and the fiddlers. All these narratives about the Näck, the devil, living conditions of those who took care of the tunes with old roots.

Oliver: With Kaunan we try to reawaken old Nordic myths. That means we dig deep into the old texts, but also spend as much time as possible in nature, at historical sites and on Viking markets. We work a lot with people who have a profound knowledge in re-enactment, history and rune magic. It is like a trade, these people love to have the right music around them and we get inspiration for our music.

HMA: How does your music sounds if you have to put it into words?

Göran: Nordic folk with a darker touch. Usually more base than the average folk music and more drones. Also, our old instruments give a harder touch to the melodies and sometimes it sounds like we use distortion, but we don’t. It’s the instruments themselves.

Boris: Nordic folk music without any arrangement. Straight on, hard, but no electric guitars were harmed. Since we play quite old tunes on old types of instruments, one could call us folk-musicians. But there are several aspects in the metal music and culture that we share: the lust for virtuosity, the intellectual approach and a very male energy.

Oliver: Like our name “Kaunan” that is linked to the rune “Kennaz” that stands for fire, the torch and a strong driving energy.

HMA: What is the last book you read?

Göran: Right now we are looking at some old tales from Sweden written down in the 15th century about two pagan brothers and their adventures. They steal a bride from her future husband by playing all members of the bridal feast, into a frenzy dance and then to sleep. By the use of a magic harp, they succeed to smuggle the bride away and hide her inside the body of the harp. Not many people know about this book and only a very few can read it. Luckily we have the best translator. But we still want to keep the title a secret.

Oliver: I just finished a great book with old folk tales from Lapland. These stories are filled with old folklore and magic. For sure some of them will inspire a song or two.

Boris: “Foucault’s Pendulum” (Umberto Eco). Fantasy and imagination shape the reality of fantasy. When a story is good, it has to be true.