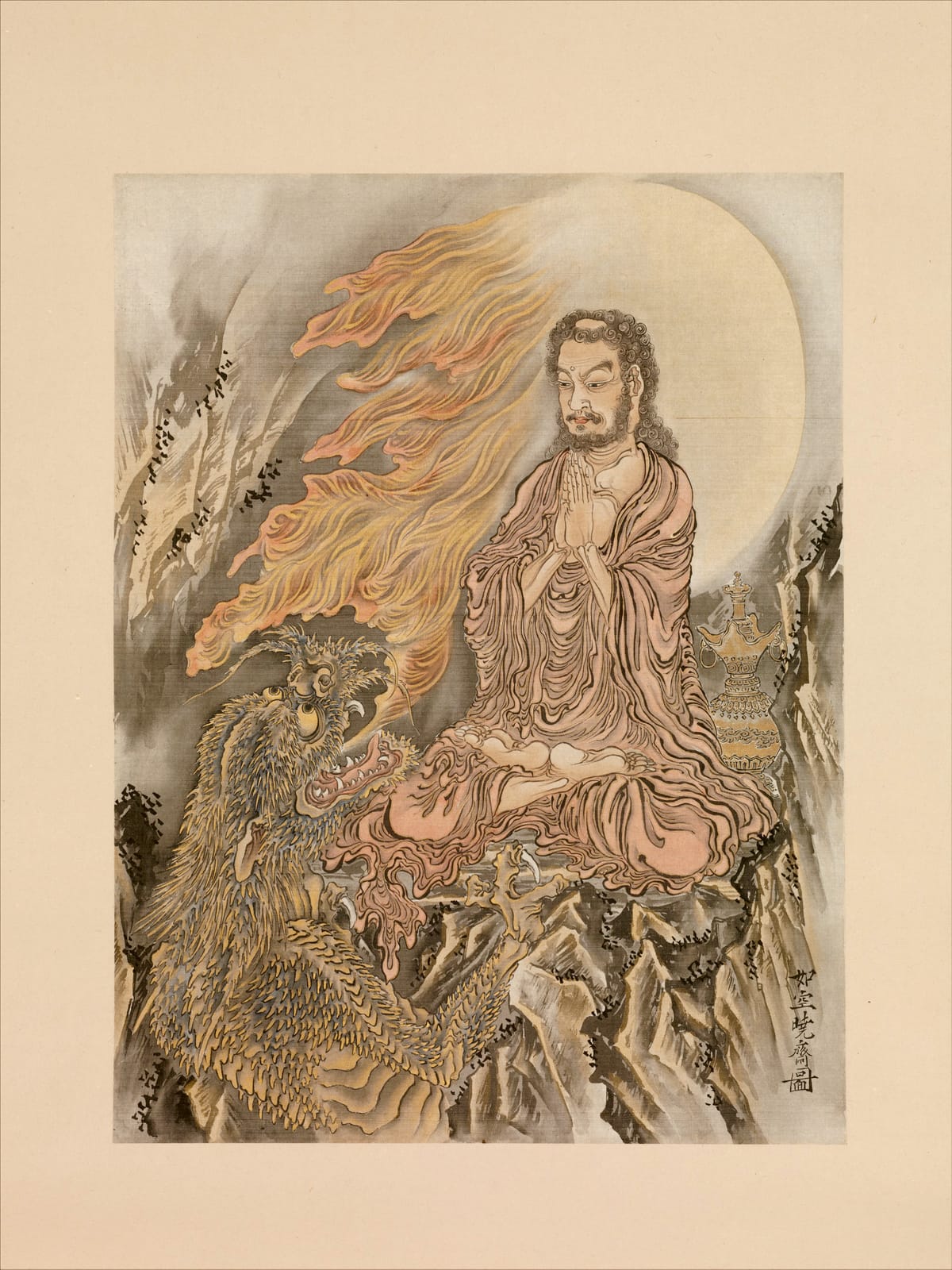 Kawanabe Kyōsai, May 18, 1831–April 26, 1889) was a Japanese artist, in the words of a critic, “an individualist and an independent, perhaps the last virtuoso in traditional Japanese painting”. Living through the Edo period to the Meiji period, Kyōsai witnessed Japan transform itself from a feudal country into a modern state. Born at Koga, he was the son of a samurai. After working for a short time as a boy with Utagawa Kuniyoshi, he received his artistic training in the Kanō school, but soon abandoned the formal traditions for the greater freedom of the popular school. During the political ferment which produced and followed the revolution of 1867, Kyōsai attained a reputation as a caricaturist. He was arrested three times and imprisoned by the authorities of the shogunate. Soon after the assumption of effective power by the Emperor, a great congress of painters and men of letters was held at which Kyōsai was present. He again expressed his opinion of the new movement in a caricature, which had a great popular success, but also brought him into the hands of the police this time of the opposite party.

Kyōsai must be considered the greatest successor of Hokusai (of whom, however, he was not a pupil), and as the first political caricaturist of Japan. His work like his life is somewhat wild and undisciplined, and occasionally smacks of the sake cup. But if he did not possess Hokusai’s dignity, power and reticence, he substituted an exuberant fancy, which always lends interest to draughtsmanship of very great technical excellence. Renjishi, or “Dance of a Pair of Lions”, by Kyōsai. Renjishi is a famous dance in the Kabuki theatre. In addition to his caricatures, Kyōsai painted a large number of pictures and sketches, often choosing subjects from the folklore of his country. A fine collection of these works is preserved in the British Museum; and there are also good examples in the National Art Library at South Kensington and the Guimet Museum at Paris. The Kawanabe Kyōsai Memorial Museum was established in 1977, located at Warabi, Saitama Prefecture, Japan.