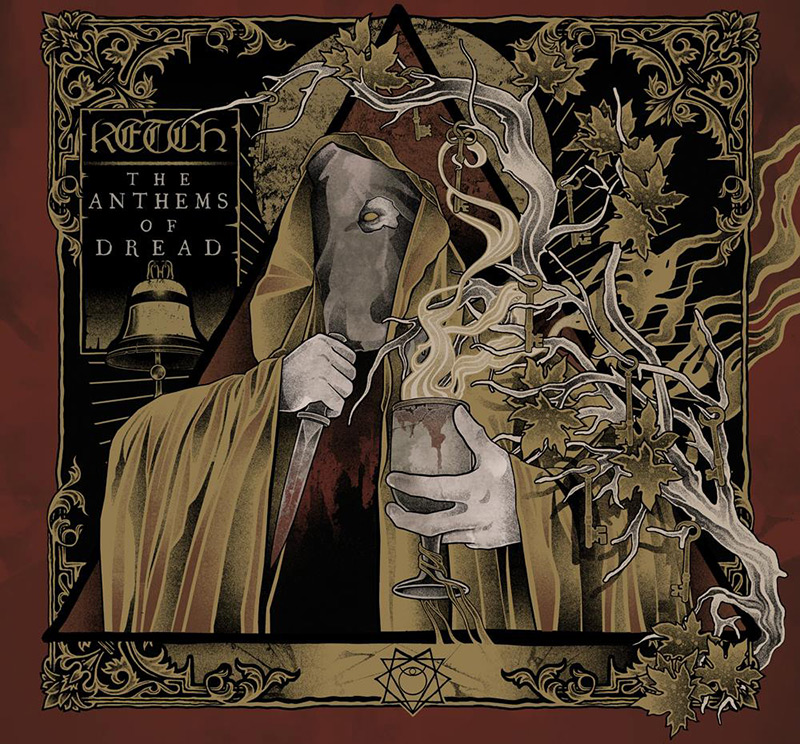 HMA: ‘The Anthems of Dread’ is your latest release. How would you describe the album?

D.C: I would describe it as doom metal with elements of death and sludge. It is an official release from Aesthetic Death that includes our first EP. We self-released them separately but now you can get them together on one format with all new artwork. The recording was also remastered by Greg Chandler of Esoteric. We basically wrote the album as a continuation of the EP but as the songs evolved it turned into its own unique entity.

The lyrical themes for “Anthems” are based off old horror movies. Zach (vocals) wanted to do a concept of incorporating cult horror with the music. For example, the first song on the album is based off the original Whicker Man. There’s also “The last man on Earth” and “Rosemary’s baby”. Our concepts and inspiration change from what we’ve released to what we’re working on currently. I’ve always liked anything incorporating psychedelic with art nouveau but with dark elements. I think within the genre we play there is a lot you can use artistically to represent your music.

HMA: What kind of elements you look for in a record cover?

D.C.: I think eye path and detail are some things I always look for. I’m also a fan of symmetry, if used well it can make something stand out. The album art for ‘Anthems’ is basically an amalgamation of the covers from the self released versions. Since both albums are on one disc I thought we should incorporate elements from both onto a new cover.