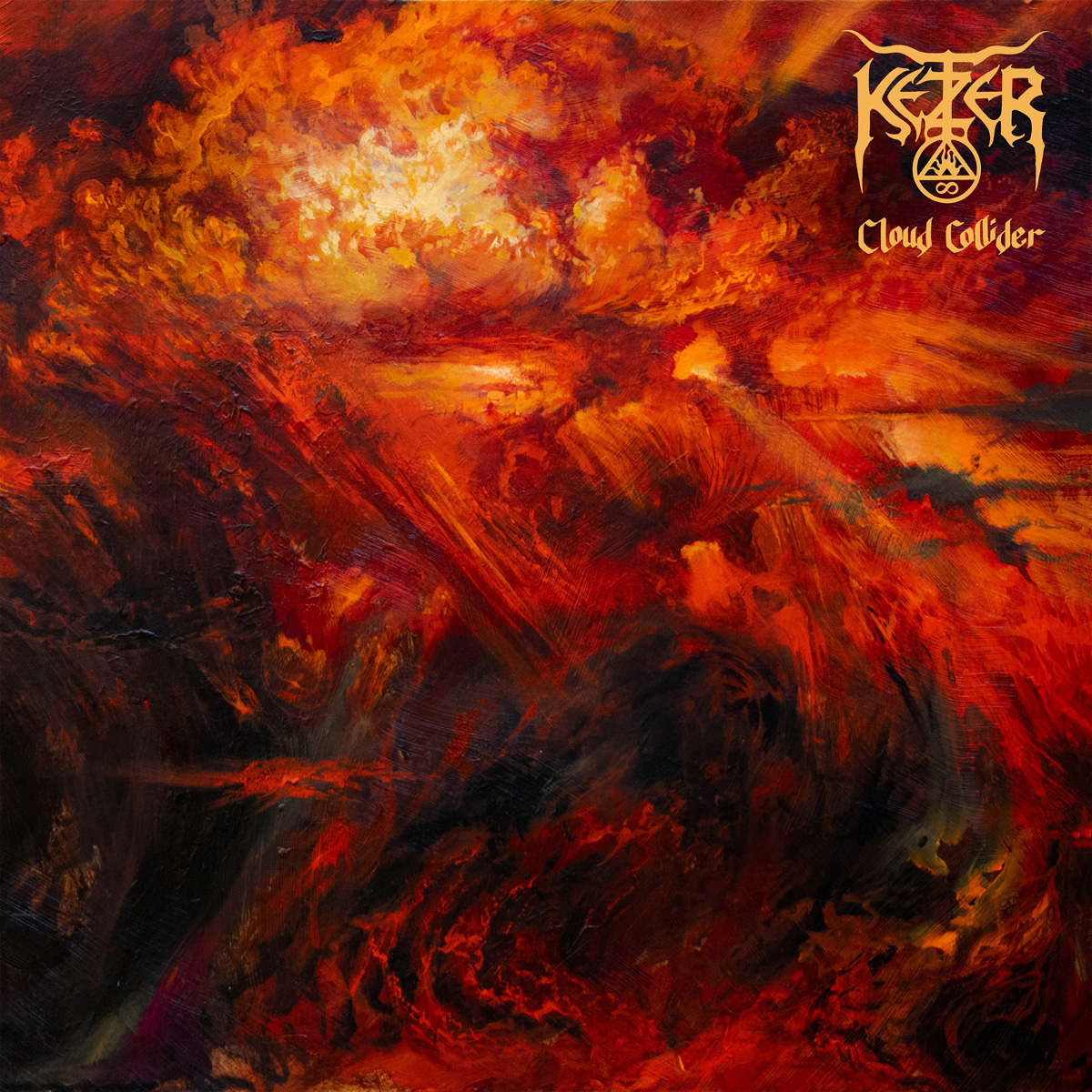 Based in Cologne, Ketzer (“heretic” in German) is comprised of five individuals who joined together as teenagers to release Satan’s Boundaries Unchained(2009). Hailed as one of the best blackened Thrash Metal records of recent years, the quintet’s debut launched them out of the underground and onto some of Germany’s most prestigious festival bills – such as Party San and Rock Hard. Their first European tour took place soon after in 2011.

In 2012, Ketzer released their sophomore album, Endzeit Metropolis, which saw the band’s musical direction progress: Their raw energy was channelled into a more open-minded, yet faster and darker kind of Heavy Metal. Following a second European trek (featuring Tribulationand Venenum) and more of the scene‘s finest festivals like Extremefest and Hell‘s Pleasure, Ketzerthen embarked on their biggest journey so far: the band’s first USA tour. With a small collection of freshly written songs, they broke new ground on American soil in 2014, and upon their return home, were inspired to write new material once again.

In 2016 the band released Starless, their third album and the first one on Metal Blade Records. It took the listener on a journey that was unexpected yet familiar at the same time. Consistently following their path with a stripped-down and raw yet melodic version of their sound, Starless set another milestone in the heretics‘ history. This time, the European roads were conquered in complicity with fellow Black Metal outlaws Svartidauðiand Primordial. That year and the next, Starless was brought to more festivals like Summer Breezeand Rock Hard, for a second time.

For three years now the band has been working on something new, and the result is something new indeed: Somehow linking all trademarks essential to the sound of Ketzer now and then, but taking it all one big step further, these new tunes might well be the strongest Ketzersongs to date. Recorded at Markus Stock’s infamous “Klangschmiede Studio E” as well as Laurent Teubls “Sculpt Sound Studios” in autumn 2018, the new Ketzer album has it all: raging drum beats and thrashing riffs as well as epic melodies that will haunt you long after the last tone has faded away. Fans can expect a special highlight on the album’s first single “No Stories Left”, to which the legendary Proscriptor McGovern of Absufame has lent his striking voice. A suitable visual expression for this new effort has been found by cover artist Adam Burke and illustrator Johannes Stahl. The pact is strong and this album is a storm: ‘Cloud Collider’ was released on April 12, 2019.

You could say, we all have a very diverse musical background. But 14-15 years ago, when we all met and we were still in school, we started hanging out because of our mutual interest in rock music. We introduced ourselves to different bands, listened to a ton of Black Sabbath, Deep Purple, The Sex Pistols, Misfits, AC/DC… You can’t hear it when you listen to Ketzer but I’m sure those early days and the music we listened to had an influence on everything we composed later on. Nowadays we still listen to a lot of good old stuff but have broadened our taste quite a lot. We don’t really care for names and genres – if it’s good, it’s good. For example, while typing up this answer I’m listening to Nina Simone, next up are the finish prog black metal band Oranssi Pazuzu.

To be honest, I have no idea how the record came together. How does any record come together? You sit down with your instruments, people have ideas, layers are put on top of other layers and at one point you’re content enough to say “it’s finished”. The process of writing “Cloud Collider” was probably less jam session-based and more riff-oriented in comparison to our last album. We recorded everything in autumn of 2018 at Markus Stock’s “Klangschmiede Studio E” in Southern Germany as well as Laurent Teubls “Sculpt Sound Studios” here in our home town Cologne.

I write about things that I care and wonder about, but while I’m interested in politics, I don’t see any reasons to make this a concern for Ketzer, after all, we’re not Bono. Historical events might be a great source for lyrical topics, but the Ketzer lyrics, especially on our latest effort ‘Cloud Collider’, are actually a lot more self-centred. To give an example, these past years I thought a lot about the concept of time, how past events in your life have an effect on your present and future. This has become a theme that is meandering throughout the whole album. I also might want to add that, as far as I’m concerned, Viking or medieval-themed metal is just ridiculous.

We named the album after one of the songs ‘Cloud Collider’. That song is about nature destroying itself with sheer force, or to put it very simply, it is about storms, which is exactly what you can see on the cover artwork. The great US American artist Adam Burke is responsible for this and we couldn’t be more satisfied with it. When we briefed him we gave him a couple of instructions such as the choice of main colours, but the most important thing was the feeling of a coming storm, you can see clouds brewing up and feel that there is a force waiting to erupt. When you look at the gatefold LP closely, there are a lot of details, smaller paintbrushes and broader strokes to be seen, details that you don’t recognize at first sight. All this fits the music on “Cloud Collider” quite well I might say.

“Escapism” is a human need that probably not only applies to fantastically themed art or music. We live our lives ridden by uncertainty about our future, our job, our relationships and so on. I believe that art in all its forms, may it be an Iron Maiden record, a novel by Ernest Hemingway, a movie by Stanley Kubrick (a painting, a TV series, a poem, etc.) can be a great way to escape your sorrows and feel some sort of liberation from your everyday live. Aside from that, escapism can’t be all there is to it, even when we’re talking about mythical worlds filled with castles, trolls and dragons, that are as far from our reality as possible. Great art is not only about fleeing from reality but also depicting a facet of it, in order to make it resonate with its consumer. And yes, I think fantasy or sci-fi world can tell as much about the real world as a documentary.www.facebook.com/ketzergermany