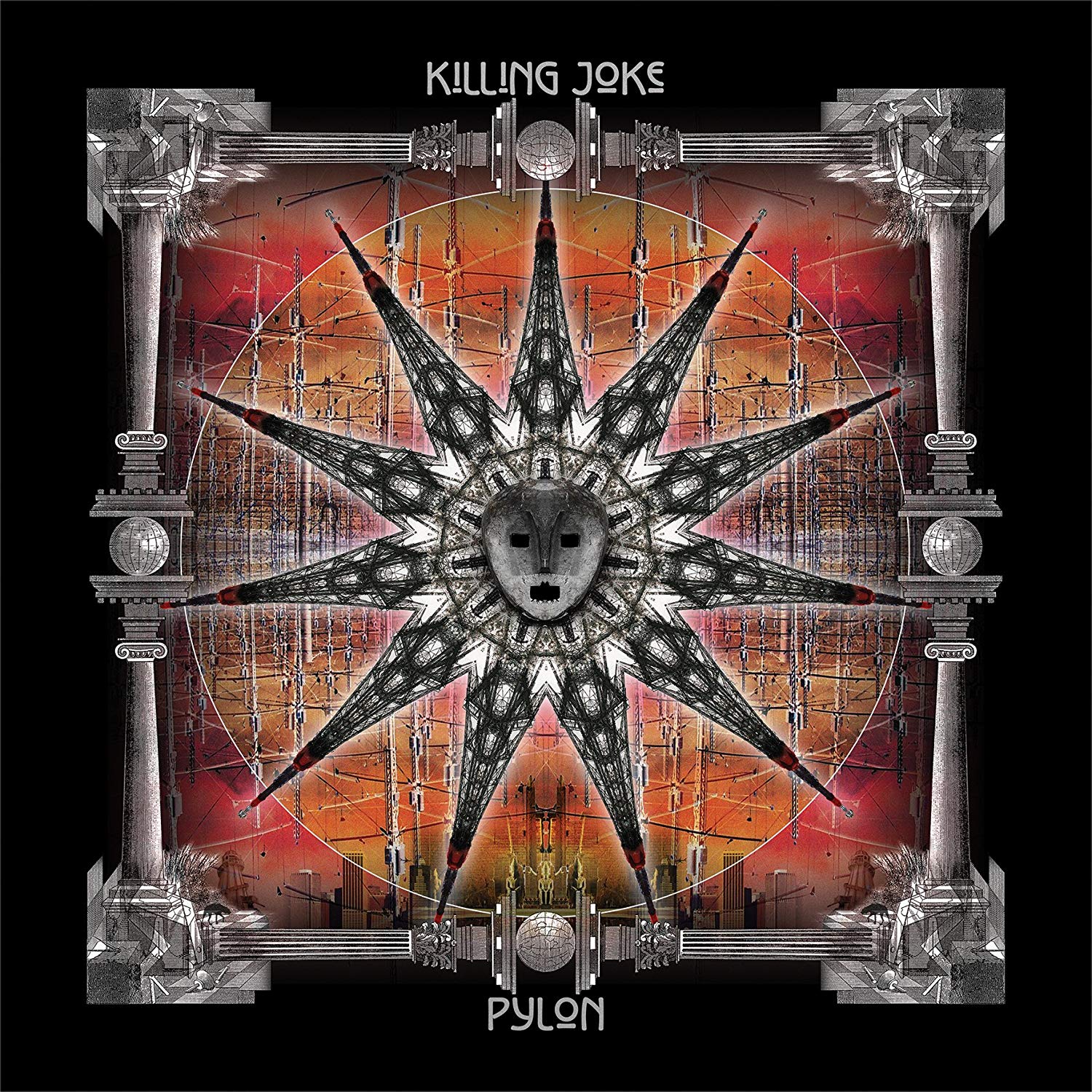 I am the virus

Formed in 1978, Killing Joke is a post-punk band which provides a unique combination of punk, metal and industrial gothic music. HMA spent some time in Brighton with legendary frontman Jaz Coleman for a deep chat about ‘Pylon’, symbolism and spectrum dominance from the corporate world

HMA: Hi Jaz and welcome to Heavy Music Artwork. Since all your albums are distinct – ranging from optimistic and furious, melodic and heavy, bleak and hopeful – how would you describe ‘Pylon’ to old fans and to new listeners?

It has great meaning for me, this record, because of the time we’re living in. I use the title ‘Pylon’, because it was a metaphor for full spectrum dominance, which of course in US military uses too to mean complete control of the air, of food, the water… it means using weather as a force multiplier, it means total control over all aspects of living conscious human beings. The electrical and chemical control of human beings, for example. This is what full spectrum dominance means, and this is really… ‘Pylon’ is what it means.

For example, there is evidence that geoengineering projects have been happening for about 40 years or so, and the skies are being sprayed with a number of different substances. This is true too. And the level of barium in the soil, and aluminium, of course, is abnormally high. This is also true. With GWEN towers or microwave towers, we can activate this barium as it gets into the human organism and we can create inter-cerebellar hearing. We can literally track all living organisms as we ingest these nano-worms into our systems. Through these microwave towers or GWEN towers, and hence this is another symbol of ‘Pylon’, of this… We’re living in a time where people are more like zombies, really, and it’s a combination of what they’re eating, the air they’re breathing, and what they’re drinking, as much as media manipulation.

HMA: Since politics has always been part of your theme, where would you stand politically, and which topics are you most passionate about?

JZ: Well that’s a very good question. I am a communist, and if I wasn’t a communist, there would be no Killing Joke because we split everything equally. That is one thing I would like to say that might have something to do with our longevity, is that we split everything equally. So in this way, I would describe myself as a green collectivist, not a Marxist; it’s a very different thing.

HMA: What about if you were living in a perfect world instead, what would interest you enough to make records, and to use for inspiration?

JZ: Well then of course, I use symphony orchestra to create a more desirable reality anyway, because I work in the romantic tradition with classical music. Architecture and music would, in a perfect world, play a great role because I believe that we should situate our temples on the geomagnetic nodal points, and that’s really to replace Christianity and mono-theism with a new religion that embraces Gaia, or the mother earth.

HMA: ‘Pylon’ is your 15th album since your debut album “Killing Joke” 35 years. What motivates your band moving forward?

JZ: Well, we started in 1978 actually, so it’s a little bit more than 35 years, but it’s sad to say … we’re getting close to 40! It’s this feeling that prevails in Killing Joke; the best is ahead of us. We don’t care about the past. Past stories, they’re done, they’re finished with. Our eyes are firmly on the field. There’s always this feeling that the next one will be the masterpiece of masterpieces.

JZ: Well, I love the cover of ‘Pylon’ more than any other cover so far. If you open it and look inside, the detail in it is like a Dali. So you have to get the vinyl edition to understand what I’m talking about. But when you open the sleeve, and you can see the twin towers hidden and you can see the plane go and hit the twin towers; you can see everything is hidden. You can see masonic symbols; there’s much to look into it. So this one is a great cover, in terms of Killing Joke covers.

The other covers I love, I love ‘Pandemonium’ as a cover. And I love ‘Hosannas from the Basements of Hell’. I love this one because… you know when we did this record, it was probably the darkest chapter in my career, and I was with Paul Raven and we were wandering in Prague, and we saw this exhibition of a Russian surrealist, and we walked into this exhibition; we met the artist. He had his canvasses there, and his workshop there also. He agreed to let one of his works be a cover for a Killing Joke record, and that for me is my favourite of the covers thus far.

HMA: Mike Coles worked on ‘Pylon’ as well as your first album ‘Killing Joke’. Am I right?

HMA: How did you decide to work with Mike again after so many years?

JZ: Mike understands the spirit of Killing Joke more and better than anyone else I think. And he’s very much part of our family.

HMA: Did you give him any direction?

JZ: Sure… I explained to him our research and our views, and he went off with it. It’s like the 11-pointed star for example. I write about this geometrical symbol in my book, in great detail; I’m interested in symbols.

JZ: Yeah, I guess so, with symbolism yeah.

HMA: Since we’re talking about symbols, there is a lot in your video “I am the Virus” together with news snippets. So, who is the virus?

JZ: The virus is a metaphor for resistance against the corporate world.

HMA: Okay Jaz, thank you very much for this interview with you.

HMA: I look forward to the show.

JZ: Don’t wish us well, we are very superstitious!

Killing Joke ‘Pylon’ is out now on Spinefarm/Universal