King of The North 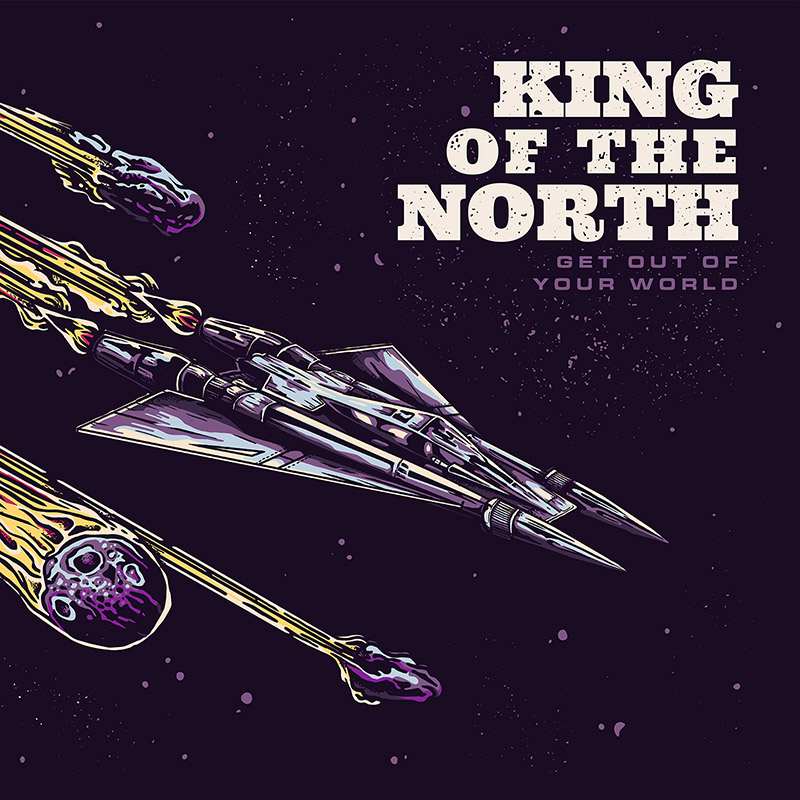 The Kings of Downunder

King Of The North is a hard rock duo from Australia. The band comprises Andrew Higgs (Guitar/Vocals) and Steve Tyssen (Drums/Back up Vocals). Their intense live shows and powerful brand of modern rock has blazed a new trail in the two-piece band format. The uniqueness of KOTN is created by Andrew’s pioneering of the “3 from 1 guitar pedal”. This pedal creates the sound of 2 guitars plus bass from just one guitar. It can sound like all three playing together or all separate lead, rhythm and bass sounds. First timers are often left looking for the extra guitarists amidst the wall of sound. Known for the as dynamic live act, King Of The North play everything live, there are no pre-recorded noises or samples used live or on their recordings. All sounds come from two voices, guitar and drums.

HMA: Every record has a story. What can you tell us about your debut non self-released album ‘Get out of your world’?

Andrew Higgs: Get Out Of Your World is our 2nd album and it’s a sonic journey through all things rock n roll.

HMA: What does ‘Get out of your world’ refers to?

HMA: And your music, you play straight up rock. What are your influences and point of references?

AH: It’s all about what moves you and riffs move me, hooky choruses move me, groovy drums move me, I’m influenced by the power of certain things I write, which then become songs. Which is why our sound shifts from rock to stoner, to blues, to classic rock, to sometimes punk vibes.

HMA: Is there a song you are most proud of writing?

AH: On this album, it’s the Mountain. It’s the most diverse KOTN song in terms of light and shade. It has a verse that draws everyone into it and then smacks them in the face with the biggest riff ever. It has a cool looping section in the bridge and features a spoken word piece by legendary Australian frontman John Scott from the Mark Of Cain, who was a big influence and inspiration on me.

HMA: How do you describe your music, I mean not necessarily the style. But for someone new King of the North, what would you say?

AH: For listening to the album, it’s good rock songs you can sing along to and pump your fist to. For the live shows, it’s an entertaining and colossal sonic punch in the face!

HMA: Lastly, who is king of the North?

AH: King Of The North is a 2-piece band. Guitar and drums. I created a pedal that makes my 1 guitar sound like 2 guitars and a bass. I call it the 3 from 1 pedal. It’s the reason why people say KOTN is the biggest sounding 2-piece in the world right now. So visually you will see 2 guys onstage but your ears will be saying something else!