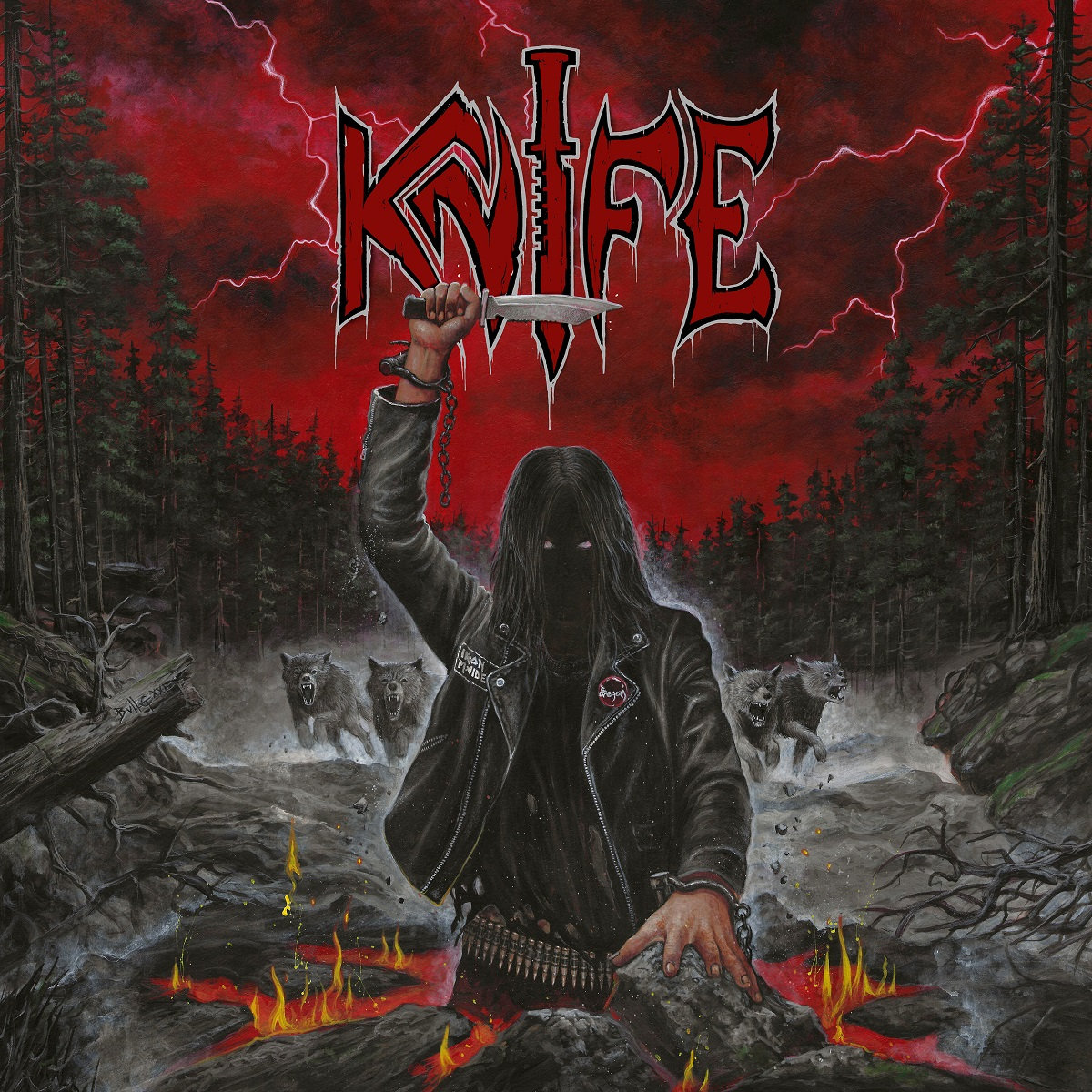 The band was founded in 2019 by Laz and Vince Nihil after their other band went on hiatus in mid-2019. Following a clear vision, the first songs were created soon. Ferli Coltello joined the band on drums and as a producer during the first writing process. Rook joined the band soon afterwards. In early 2020 the band recorded and released their debut demo tape ‘Black Leather Hounds’ on Metalworld, followed by the second tape ‘Locked In’, also released on Metalworld in late 2020.

Meanwhile, Rook was replaced by Gypsy Danger. The band joined forces with Dying Victims Production and released their debut album ‘Knife’ in October 2021. After releasing their debut album, the band contracted with Continental Concerts. The first shows were played towards the end of 2021, and the domination began.

We started with a clear vision and immediately began writing songs after the band was founded. After the others joined the band, the songs started to take shape. It seems that Laz is an ever-flowing source of maniacal riffs. He wrote the music of all our tracks, Ferli did the drum arrangements and the production, Gypsy added his ideas to the songs, and I contributed the lyrics. Finally, we are proud to give the world a strong piece of pure fuckin’ metal. There are no real rituals. If there are riffs, Laz and I work on the chorus hook and then arrange the songs. We want the songs to be catchy and violent at the same time. It is on the list if we think a song is ready to make bangers go crazy in the pit. And if we have enough, the crusade continues.

We created a story that began with the first demo and which loosely covers all the lyrics. Many of these lyrics take place in ‘Slitterville’, a town we created. But the lyrics can also stand alone without ‘Slitterville’ references. The songs are mostly about religion, war and Metal. Some have a profane background, like ‘White Witch/Black Death’ which is about Paula White or ‘Possessed’. The lyrics must be in line with the mood of the song.

Most of the metal bands are a vehicle for their escapism which I would not only relate to fantasy. Being in a Metal band means being part of a scene which – of course – is a part of society, but which is also a sanctuary to which you can go when you are fed up with all the shit going on, especially during the last two years. Therefore, Metal is so important. If you read the lyrics of our debut album, I think one might get an idea of our points of view. In the end, we conclude that one should not listen to fools.

At the end of the 1980s, my older brother introduced me to Scorpions, Helloween and Accept. I started listening to his mixtapes, and from then on, I dived deep into the world of Heavy Metal. Metallica, Dio, Running Wild, U.D.O., Anthrax, and of course, Maiden and Priest were among the bands I listened to at an early age. When I got older, I started to buy Metal magazines and thus discovered new bands. In the early 2000s, I became a big fan of the Punk influenced Scandinavian Rock movement with icons like The Hellacopters, Backyard Babies, Gluecifer and Turbonegro. This was also the time when I started to make music. And all these influences led to the creation of KNIFE.

Music is and will always be more than just entertainment. There are so many bands for so many different situations in your life. You can use it to escape into fantasy realms with bands like Blind Guardian, Jethro Tull or Rush, and you can get rid of your aggression by listening to Thrash, Black, Death or Speed Metal or bands like Zeke. You can relax by listening to the music of Kate Bush or Dire Straits. There are no limits to music. No matter if you like Absu or Abba, Venom or Dragonforce. Music is all you need.