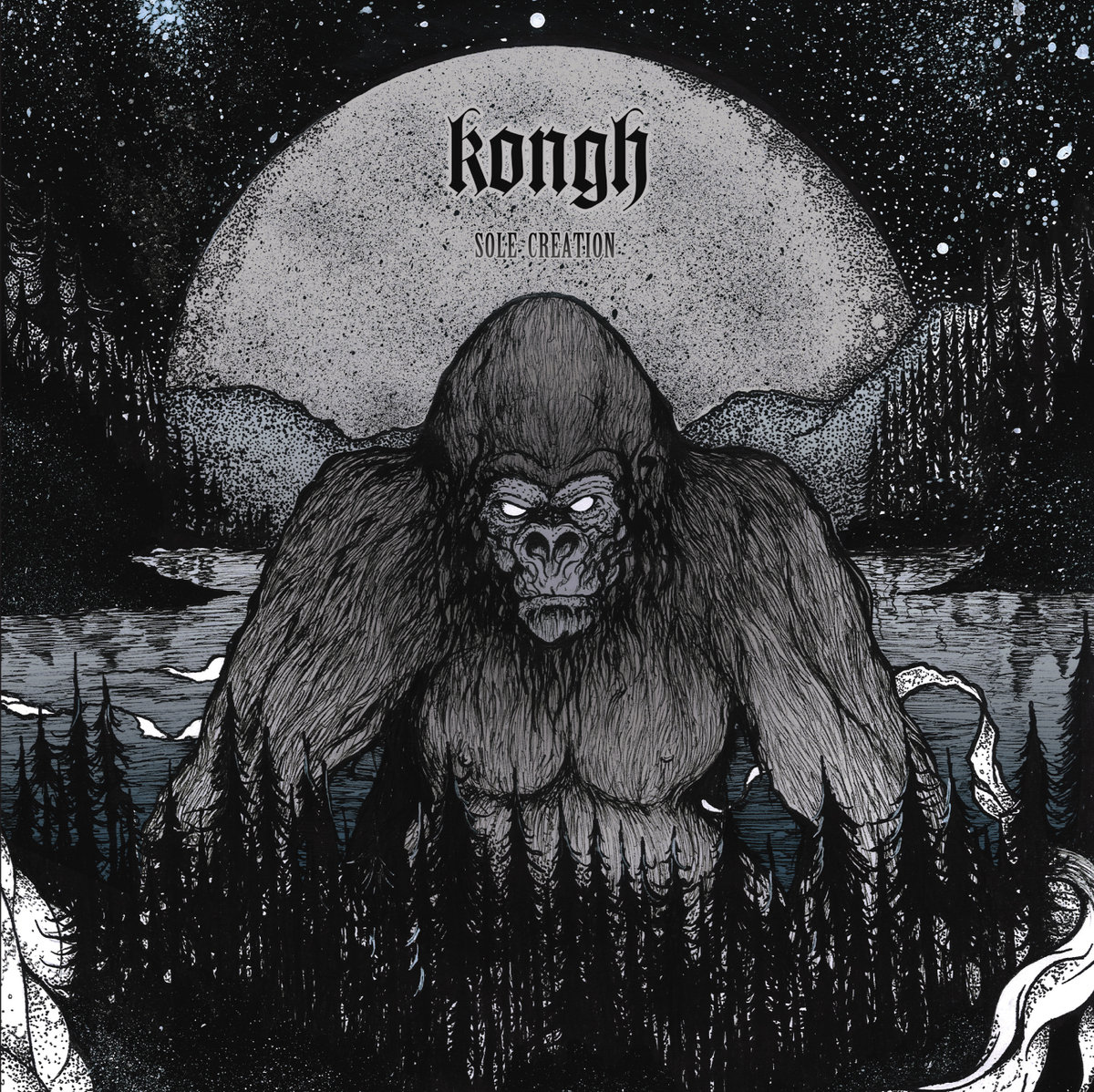 Kongh is a three-piece metal band from Sweden, currently located in Stockholm and Växjö. Released three full-length albums and toured Europe several times. Their third album “Sole Creation” was released worldwide on via Agonia Records in February 2013, followed by a co-release show with Terra Tenebrosa in Stockholm. The rest of the year included a Scandinavian tour supporting with Meshuggah, and a few festivals and shows in Scandinavia and the Baltics. In the same year Kongh debut album “Counting Heartbeats” was re-released by Agonia Records, including a bonus CD with rare material.

HMA: Your latest release “Sole Creation” features four doom-filled epic songs. What was the mindset during the recording and production of the record?

Kongh: We wanted to write an album that was true to our earlier releases, but still bringing something new to the table. I think we accomplished that by keeping the heaviness, the riffing and the overall atmosphere while opening new dimensions.

HMA: What is the working relationship between you and Tomas?

Kongh: That has varied over the years. In the beginning, we did a lot of work together, while in the rehearsal place. But in the later years, and with the last album, in particular, most of the writing has been done separately. We both have home studios of our own, so sending files to each other has proven to be an effective working method for us. For the last album I’ve come up with all the riffs/lyrics/melodies etc and Tomas has come with ideas regarding song structures and then we’ve worked that out as a couple. Obviously, we meet each other now and then too, trying out riffs and song ideas in real life.

HMA: When Kongh was first conceived what did you set to achieve?

Kongh: We both come from very small towns in the middle of nowhere, so when we happened to stumble upon each other, realizing there we other people into heavy, extreme and “doomy” music, we were basically just glad we had someone to play music with. We didn’t build up any goals “career-wise”. I think the only thing important for us was to create music. We couldn’t imagine at the time that it would later become a band that put out albums, went on tours etc. I think all bands should focus on the actual music instead of thinking of where it will take them or what happens to be “hot” at the time. Basically, our mindset is the same now as when we started out.

HMA: What do you want listeners to experience with your sound and vision?

Kongh: It’s up to them. Everybody has their personal ways of appreciating music, and our music probably has different meanings to different people. So basically, everyone who finds our music appealing to them makes us glad. We’ve gotten e-mails from people, and also met people at shows, who describe what kinds of meaning our music have had for them. And when you realize it’s really serious for them somehow, it’s a good feeling, being able to reach someone with your music. But you don’t necessarily have to get all deep and emotional, I mean, it’s not a must. At times you just want something loud and crushing, and I’d like to think our music works great for that purpose as well.

HMA: Do you find inspiration outside the musical world?

Kongh: Oh yes. What initially makes me want to create music is not to actually listen to music that already exists. It’s a way of expression. So I would say that life itself is an inspiration to create. If you’re referring to other art forms as inspiration, then the answer is yes, too. I find lots of inspiration in movies and books for example.

HMA: The album artwork deserves applause and some merit. Who is responsible for it and how did it make it to your record?

Kongh: Thanks! Yes, it looks really great. I had this idea of a great ape coming out of a Swedish lake, surrounded by forest and mountains. So I needed to find an artist to draw it, so I got in touch with a guy named Adrian, who goes under the artist name Coven Illustración www.coven-art.blogspot.com. I told him about the ideas and he came up with the drawing very fast. I did the colorization of the drawing and designed the rest of the artwork.