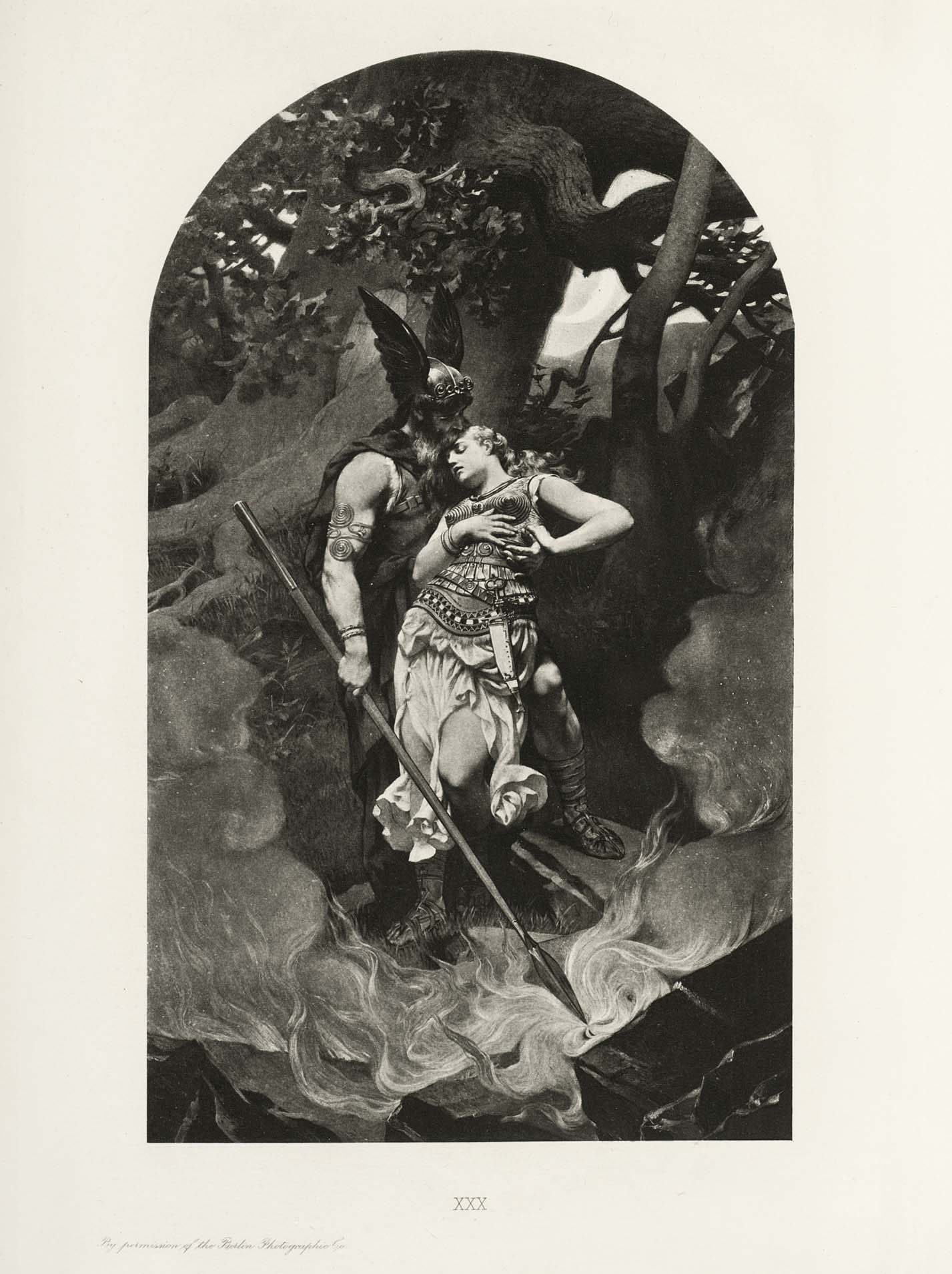 Konrad Dielitz is a German portrait and fantasy painter. Born in 1845 in Berlin, was the son of a well-known literary man. He made his first stroke of fortune as a portrait painter, and the reputation he thus gained brought him an appreciative public for his genre, historical, and legendary compositions. In “The Daughters of the Rhine” he takes up the legend of the water-fairies who guard the fabulous treasures of that picturesque stream, upon which Wagner founded his opera of the “Rheingold.”