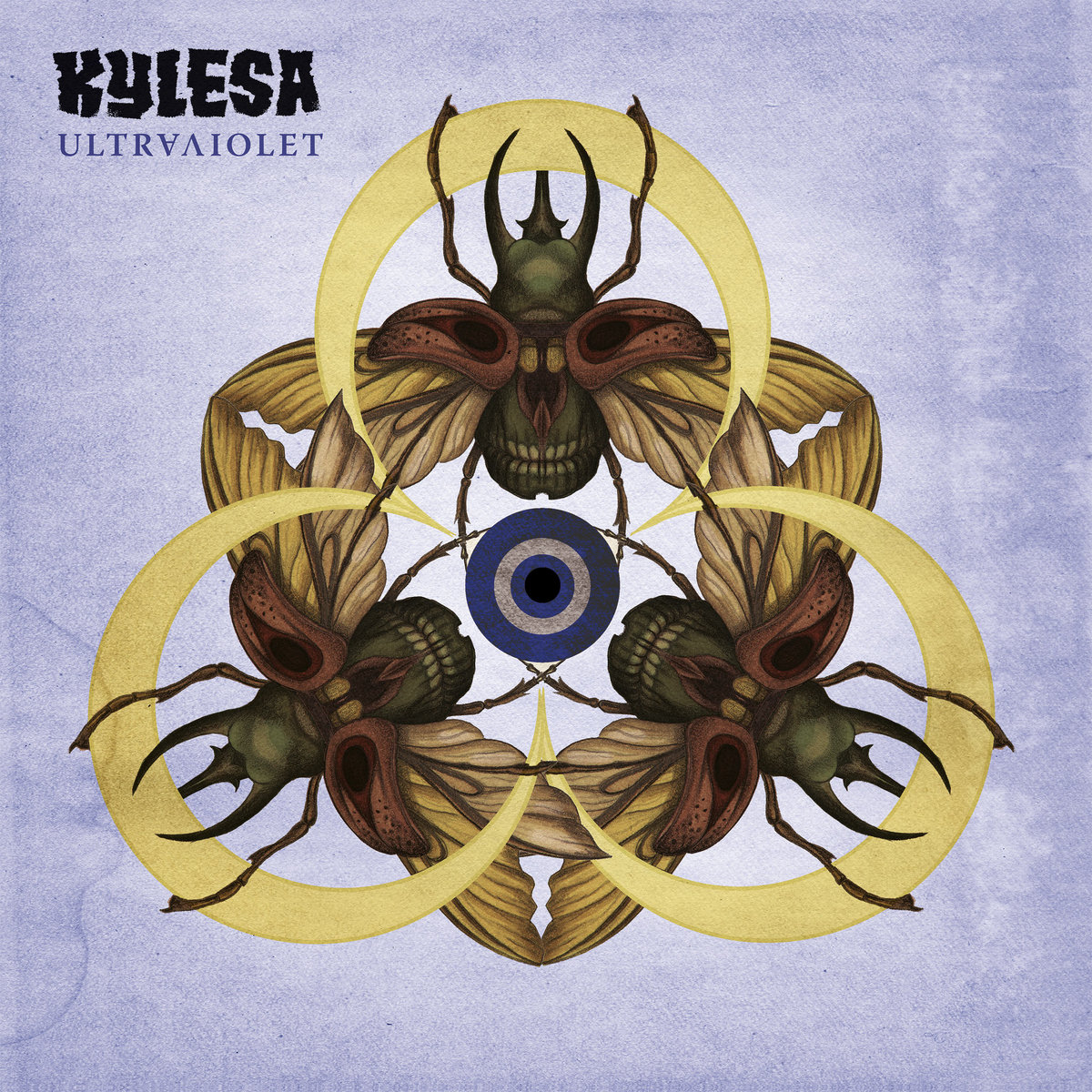 Interview with Philip Cope of Kylesa

‘Spiral Shadow’, has been extolled throughout the music press and has pushed Kylesa ever closer to becoming a household name. Now, three years later, the time has come for them to produce a sixth album, and the pressure’s on as these guys have been consistently impressing critics and fans alike with every new release, all culminating in 2010’s ‘Spiral Shadow’ which has sent the band rocketing evermore spacewards with its refreshingly accessible sound, landing them on the front cover of Terrorizer and album of the month recognitions from Metal Hammer, Rock Sound and Visions Magazines. Their new release is called ‘Ultraviolet’ and was released on May 24th 2013.

“Whereas ‘Spiral Shadow’ was a warm album suggesting concepts of hope, ‘Ultraviolet’ is a bit colder and darker”, explains songwriter/guitar player Laura Pleasants. “All of our studio albums have their own unique identity and we’ve always been a band who strives for something different than what current fads suggest. With ‘Ultraviolet’, we took a step inward and wrote music that we felt we had to write; this album centers around the multiple themes of loss and you can feel it in the music. Everyone goes through it during their lifetime and this record reflects that experience”. ‘Unspoken’, the first release from the album, is already available to listen to. Shortly after it reaches your brain via your ears you can tell that Pleasants really isn’t talking any crap. Kylesa will obviously be taking another fresh approach with their music, which is in no way uncommon, and ‘Unspoken’ really reflects this with its cold, baron – almost dystopian feel in the production and Pleasants’ dreamlike, shadowy chants that keep it ominous and misty whilst the brutal hook keeps your head banging like an old factory piston. This widely anticipated album will be set to pole vault the bar they’ve set for themselves at altitudes few metal bands ever get to endure, heavymetalartwork.com catches up with them to fish out some more intel on the matter…

HMA: What expectations do you have for the release of ‘Ultraviolet’?

Phillip Cope: The most we can hope for is that there are some people out there that dig it, especially people that are already fans of the band.

HMA: No Kylesa album is ever the same. How do you ensure you don’t alienate your fan base?

Phillip Cope: The last thing we want to do is alienate our fan base. However we know we can’t please everybody, we just try to write with our guts and to do the best we can.

HMA: Phillip Cope is the producer for your recent albums, how does being a fully-fledged member affect the production process?

Phillip Cope: I think I understand where the band is coming from the best anyone could. I am around everyone a good bit I know everyone well so when the other members are trying to describe to me what they want there is a good communication and most of the time I get what everyone wants.

HMA: You stated that ‘Ultraviolet’ will assert themes of loss, what kind of events steered this particular album towards this subject matter?

Phillip Cope: The last couple of years have been a rough period for both Laura and I, A lot of it is personal and we don’t really want to talk too much about it. We tried to use our experiences as influence but also write in away that others can relate to. It definitely is not our intention just to complain and vent our problems on others; it’s more about the shared struggles most everyone has to go through in their lifetime.

HMA: Laura Pleasants has way more of a singing role in ‘Spiral Shadows’, can we expect more of this from ‘Ultraviolet?’

Phillip Cope: Actually there is more of her singing on this one than any other album so far.

HMA: How do the band members keep your music so catchy and spacious when there are so many elements to your music?

Phillip Cope: We generally try to start with a good structure first before we add all the extra elements to them. We want them to be memorable not just songs with lots of stuff going on in them.

HMA: Your popularity with critics seems to ascend with every new release, what’s your secret?

Phillip Cope: There really isn’t a secret we just try to write honest and we work really hard. Our work ethic is pretty insane.

HMA: Your covers are always done by the best regarded graphic artist in the scene, John Dyer Baizley, Brian Schroeder have done work for Kylesa… how important are the visuals?

Phillip Cope: We think it’s incredibly important. The art a lot of times gives a vibe to the music. It can sometimes in a way be it’s face; it’s what people often times see before they even hear the music.

HMA: What has the band achieved with ‘Ultraviolet’ and was the creative process quiet organic?

Phillip Cope: The creative process was definitely organic; hopefully we achieved an album that’s fits properly along the rest of our other records.

HMA: Has any specific life experiences served has inspiration?

Phillip Cope: Yes they have but that is common on all our albums.

HMA: Thanks again for this interview and see you on the road!

Phillip Cope: Thank you and to all that reads this. Cheers!