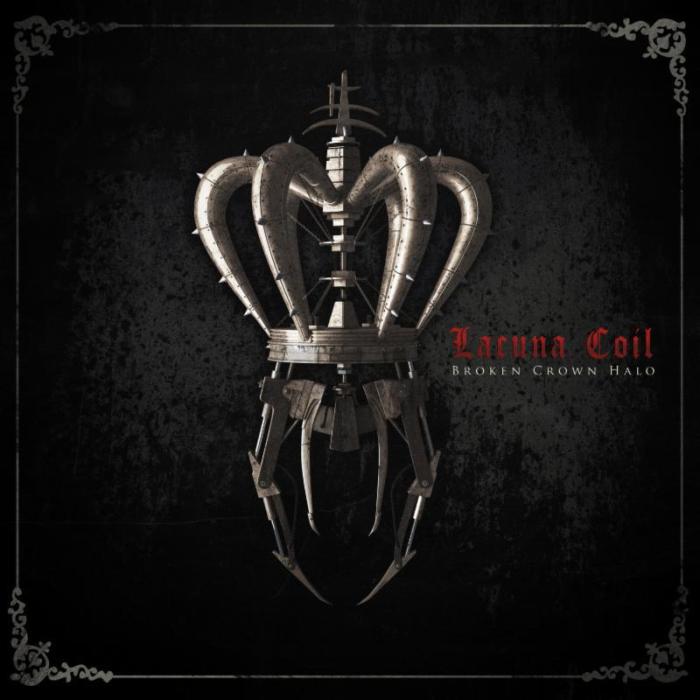 Lacuna Coil is one of the most famous gothic metal and alternative bands in the world. During their career they have recorded seven studio albums and sold over 2 million records worldwide. Perhaps one of the most appealing aspects of the band’s sound is the dual male and female vocal harmonies, almost certainly one characteristic that makes them interesting to fans across different metal genres.

It is fall in London and I am led into a cool, sparsely decorated room just before Lacuna Coil’s show. I shake hands with Cristina Scabbia, who won the Female Metal Voices Fest Award in 2012, and who is considered to be one of the most beautiful women in metal. Her smile is stretched wide across her face as we sit across from each other. I’m kind of nervous because this is someone who, up until now, I have only seen in music magazines or on stage (and who as a teen I may or may not have had a huge crush on). She asks me if I’m Italian because I have that look. I say a few phrases that I know in Italian and we laugh because my pronunciation is terrible. It feels great.

Andy (HMA): How do you feel at the onset of your tour?

Cristina Scabbia: Well its madness! It’s just the second day but everything is going good. It’s a very fun tour. I’m really happy that we’re on tour with Motionless in White and Devilment. It’s a great package for the kids coming to the shows.

Andy (HMA): Your seventh studio album ‘Broken Crown Halo’ came out in April of 2014. Can you give me some of the nitty-gritty on that journey?

Cristina Scabbia: Every album is a completely different story to us. You change as a person, of course, so your music also changes. Every time we write something it is always based on our life experiences. We never write about something that we are not a part of in some way. For this one we changed the producer, we were in a dark place when we started to write it. Personal unfortunate things like illnesses in the family and so on. We started in a dark place and as we wrote the songs we got out of it. It was almost like self-therapy. During this album we reminded ourselves that as people we can overcome anything. ‘Dark Adrenaline’ on the other hand was a totally different mindset.

Andy (HMA): Part of the sound for the album was influenced by classic Italian horror films. Tell me about how film inspires music in your case.

Cristina Scabbia: Yes, in this album, definitely. We always loved horror movies. Italian cinema is rich with great directors and cinematographers. A lot of people might not know them but they are there. If you look at directors like Tarantino you will find that he, for instance, has been strongly inspired by Italian movie-makers. There was a huge horror movie scene in Italy during the 70s and the 80s. We grew up with this type of movies. In the past there was no censorship on TV so it was easy to watch horror films. We grew up with this kind of imagery and obviously the soundtracks of these movies. I think these movies were an unconscious influence on this album because we only realized what we were doing only after we had put a lot of the songs together.

Andy (HMA): You recently had two of your long term members retire. How has that affected you as artists?

Cristina Scabbia: Basically they just decided it was time for them to do something different with their lives. It wasn’t because they didn’t like the music or there were problems in the band. Actually, it was very hard for them to make this decision. I understand because this isn’t just a passion, it is a job and you have to tour and record whenever you’re needed. They just felt they couldn’t do it anymore especially life on the road. I mean one of them has a baby and he wants to see her grow. I think it was a wise choice. We’re still friends and there are no problems.

Andy (HMA): Is there a song on ‘Broken Crown Halo’ that is truly special to you?

Cristina Scabbia: I don’t really have a favourite but I would say ‘Zombies’ and ‘Nothing Stands in Our Way’ just because they have a great message. We don’t write for fans, we write for ourselves. I think that a song like ‘Nothing Stands in Our Way’ can give strength to someone who needs it. It can be a reminder that you can overcome all the odds if you believe you are strong. I love to perform it because it is very energetic.

Andy (HMA): You mention messages in music. What are some deeply lyrically significant songs Lacuna Coil has in your opinion? Songs fans should listen to more closely?

Cristina Scabbia: There are so many. Sometimes they aren’t the most popular songs we have. I think some of our underrated songs are actually very deep. A song called ‘The Pain’ is like that in my opinion. Every song is lyrically significant to us because we don’t create fantasy stories; they are all somehow taken from something in our lives.

Andy (HMA): Which person in your life has helped get you to where you are now?

Cristina Scabbia: There are several actually: the members of the band, of course, because it’s just not one person who makes the music, the people at Century Media for helping make us a professional band…. But besides them, my parents for supporting me during those first years because it’s not like you sign that deal and you instantly start making a living off your music. It takes time and work and my parents helped me get there.

Cristina Scabbia: Musically, especially, it’s hard for me to give advice because everything changed so much since I started my career. Back then I could have said “Try to record the best demo you can” or “Try to stand out with your looks and your attitude”. Now everything has changed. You might put up a video on YouTube of you doing something unrelated to any sort of art and become famous. What I can definitely say is you really have to like what you decide to go for. Also to be smart enough to realize on time if it’s what is really best for you. Just be honest with yourself. It’s not about the parties or stuff like that.

Andy (HMA): You like the dark stuff. Is that how you see life?

Cristina Scabbia: I know all the clichés about the goth stuff but I don’t care. I love it. I love dressing in black but I don’t have that clichéd goth mood or mindset. I’m a very happy person.

Andy (HMA): How would you heal a broken heart?

Cristina Scabbia: [Sighs] Go through it. It’s normal to suffer and it’s cool in a way because it means you know how to love. It’s not always a bad thing. [Laughs softly]

Andy (HMA): If this was your last time on stage which Lacuna Coil song would you end your show with?

Cristina Scabbia: Oh fuck…. That is a good question. I don’t know! Maybe ‘Heaven’s a Lie’ just because it’s sort of a classic Lacuna Coil song that everyone knows. Or maybe ‘Nothing Stands in Our Way’ because it is new and it has a really positive message.

Andy (HMA): Well thank you for your time, Cristina. Wow, it’s been really great chatting with you.

Cristina Scabbia: You’re welcome! It’s been really nice talking to you as well!