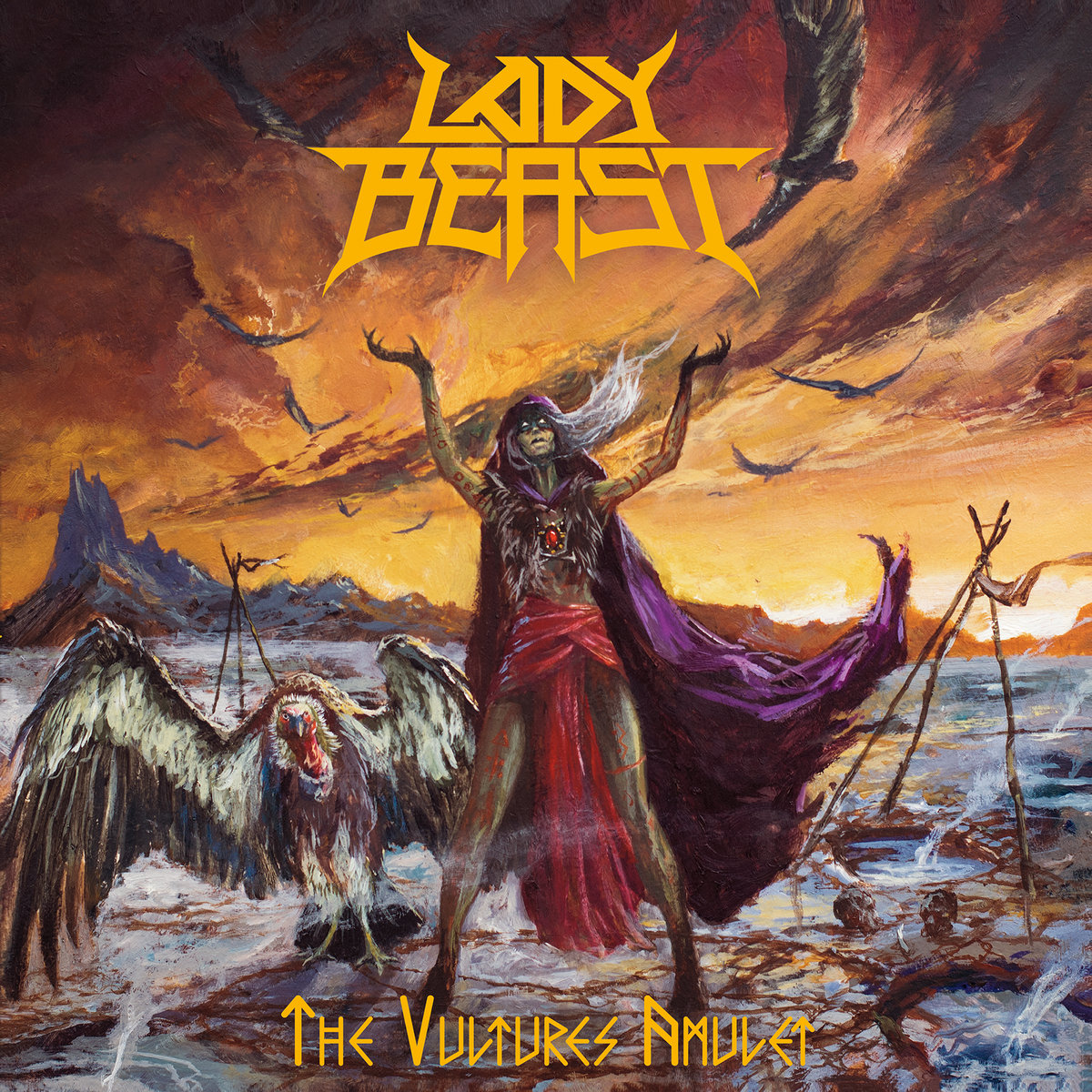 The Vultures Amulet by Deborah Levine

Lady Beast is a traditional metal band from the steel city, Pittsburgh, PA. Going into their 11th year, the band has released five albums, toured worldwide and even organise their heavy metal festival, Metal Immortal Festival. For fans of Iron Maiden, Motorhead, Judas Priest and Dio, no song sounds the same, but the band has had a consistent and memorable metal sound since the beginning. Female vocals, pounding rhythm, and harmonious guitars are what to expect.

The band and song name Lady Beast was written in an old band of mine called Long to Hell. Former bassist Greg Colaizzi and I decided when that project fell apart to rebuild and keep the song and name the new band Lady Beast. It was too good of a song to disappear in the heavy metal ether. We play that song at every show we have ever played. Its almost expected. Haha

Over the last year, I have been pulled into Egyptian mythology, deities, and history. Reading about it and looking at pictures only drew me to start writing about it. I like to tell stories sometimes in songs. This was a great opportunity to take a journey into an ancient world of magic and mystery. I also volunteer at our local wildlife centre and weekly see and care for vultures. I too feel a physical connection that animal so it was cool to incorporate something personal on the cover and song.

Luckily we all listen to the same styles of music and have similar taste. So writing our music comes naturally to us because we love metal!!! We always have the classic influences obviously like Iron Maiden, Priest, Dio. Still, on this new album, we brought some Mercyful Fate inspiration with the track ‘Sacrifice to the Unseen’. Old Metallica, Thin Lizzy and Motorhead are also band favourites.

There is no central focus on my lyrics. Generally, I am inspired by the feeling of the song and go from there. If a song has sharp riffs and attitude, I will write content that’s different as if the song were a gallop or strong march. My songs range from political, fantasy, horror, historical, magical and just plain metal. As a whole, the band has many different interests, but our morals and beliefs are the same. I practice paganism and like to incorporate themes and practices into my lyrics when the music moves me to do so.