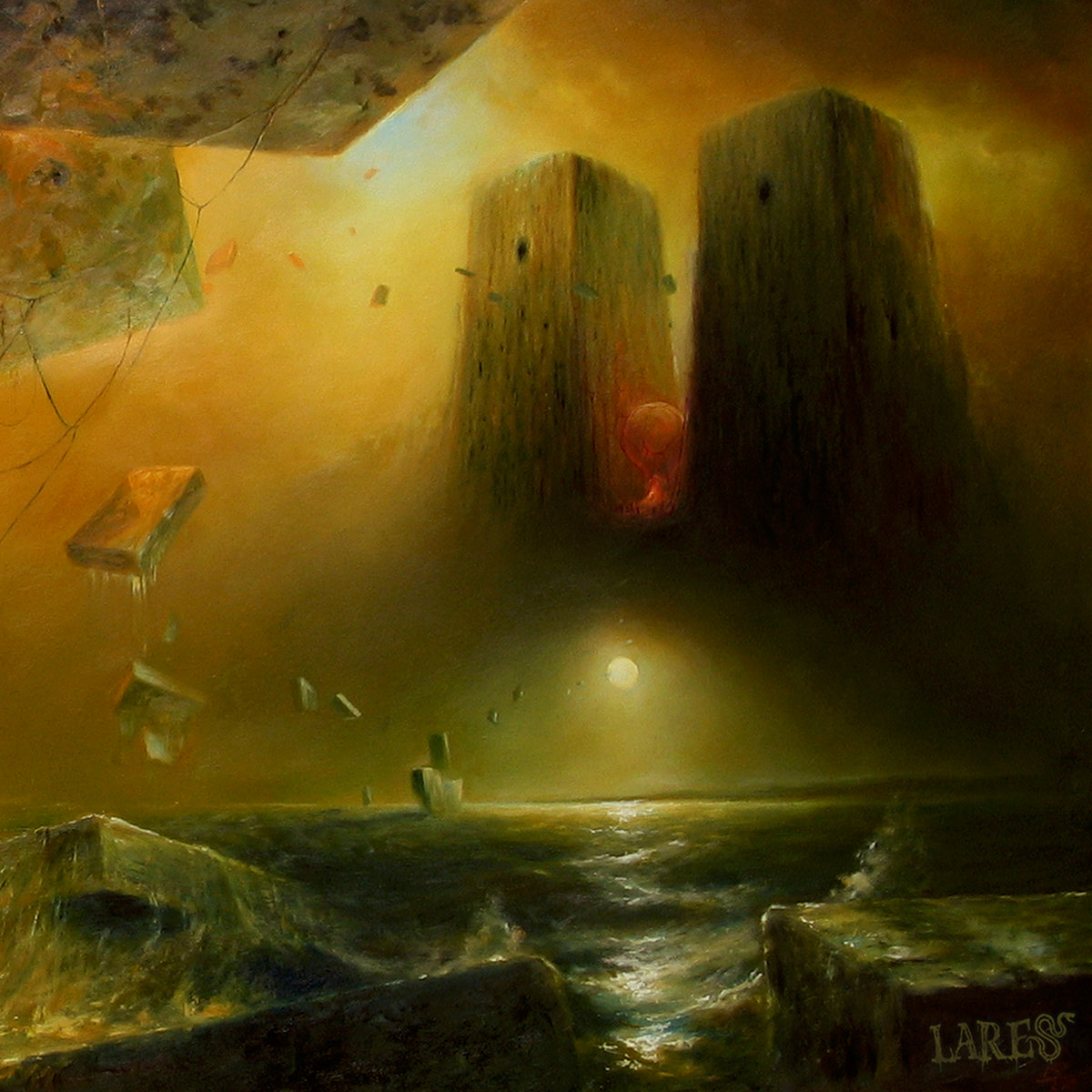 Towards Nothingness by Lares

Lares were guardian deities in archaic Rome’s Etruscan society. The translation is something in between “heroes” and “demons”. Every family or community had the freedom to create their own Lare. They were believed to observe, protect and influence. We wanted to create the evil version of it. As a side note, we pronounce it with Latin/Italian/German pronunciation, not the English.

Well, a common theme these days is to focus on the collapse of our society and lifestyle, we wanted to expand this anthropocentric view and send the message that it doesn’t matter if our civilisation will end: our species will end as well sooner or later and everything on our planet is destined to be doomed in one way or another. We’re not going towards something we’re going towards nothing, or better ‘Towards Nothingness’.

We met because of an ad on craigslist where our bass player Jörn was looking for members to start a “post-metal/doom” project, so someway that genre was present since the beginning but we’re a heterogeneous band: each one has its own favourite bands and style for inspiration and we just jam long enough until everything seems to fit musically.
One thing where we’re all aligned is the album topic: we’re a bunch of nerds and we wanted to give the album a “space” feeling, that’s why we included some celestial bodies in the song titles but to give it a more alienating feeling we decided to go only for bodies which are not visible anymore, only their remains or effects.

Why doom metal? The short answer should be “because we like it” but in reality, it’s a more complex answer we don’t consider ourselves as a strict doom metal band, we just found out that it was the perfect base for contamination, much more than other metal subgenres, it was something we liked and that fitted pretty well with our idea of “something nice to get stoned to”.

Let’s say we all risked to lose our driving license while composing and recording this album, weed, in particular, has been a dominant element during the long jams which resulted in ‘Towards Nothingness’.