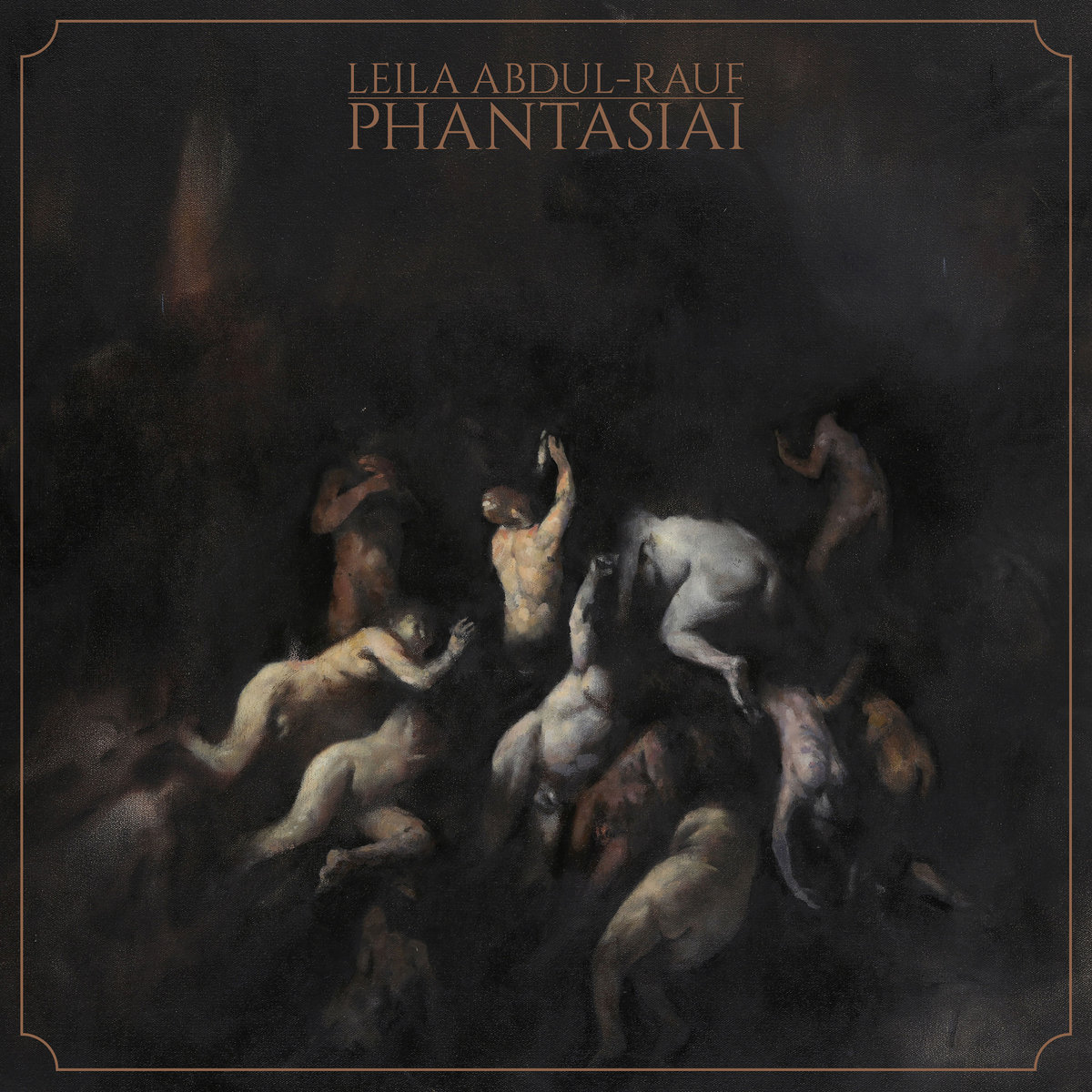 ‘Phantasiai’ is my fourth solo record, and once I came up with the concept, the music came together fairly quickly. Unlike my first three albums, the concept, name and cover image came into being before any music. In general, my solo writing process begins with laying down two or three initial songs that are instrumentally or texturally different from one other, and I write the remainder of the album in a way that sonically bridges those initial tracks together, so they sound like a cohesive work. Writing solo material comes intuitively to me, and I try to make albums that are experienced as a journey that unfolds, builds and unravels. With ‘Phantasiai’, the songs took shape in a way where two distinct moods and trajectories began to form, so that gave me the idea to divide the album into two suites, “Distortions in Phantasy” and “The I Emerges”, with four movements in each.

Although I have a reputation for writing provocative and disturbing lyrics in my death metal band Vastum, lyrics are essential in every genre I work in. My lyric-writing process is different in my solo work; they’re much more sparse because the music is more spacious, making each word carry more weight, like sigils that summon spirits. When I perform live, I tend to rework and improvise on the lyrics according to what’s happening at the moment. Lyrics come to me instinctively, and to this day, I’m still rediscovering them and learning what they’re about.

Knowing when to record a solo album is something that just happens, and I can never predict that moment. It can come to me in the form of a texture, a word, or an image. Usually, it’s a combination of these things because I often “see” colour in sound or vice versa, and I can “hear” melodies in textures, drones and field recordings. Most importantly, I never force the writing process and just allow it to happen in its own time; it requires patience, but the result is always worth waiting.

If I have any specific fixations, like religious, secular, fantasy, material..? I’m probably fixated on all of those things to different degrees, both in life and in music! At least, I feel all of these things are important to living a full life. Though I don’t subscribe to a singular school of thought or religion, I find all religions and spiritual practices have something of value or something I can relate to. I grew up in a very religious family, which initially turned me off to all organised religions when I reached my teens. Still, something about that religious upbringing remained ingrained and gave me a lot of respect for spirituality, meditation, and ritualistic practices.

I was introduced to metal as a child of the 80s, so like many from my generation, the first time I listened to heavy metal was on MTV, and then Headbanger’s Ball came on later in the decade. Though it’s true I’ve been drawn to the darker aspects of every genre since all genres really have artists that take these forms in darker directions, my tastes have always been eclectic, and also having both Egyptian and Celtic roots has influenced my sense of tonality and the types of melodies I gravitate towards. I practically grew up in a mosque, so listening to the call to prayer affected me to the core, as well as the shows I attended in my early teens, like Skinny Puppy in ’92, Cocteau Twins in ’94 and seeing hardcore bands like Los Crudos in ’94-’95. I didn’t start going to metal shows until the late 90s, Slayer, Cannibal Corpse and Deicide which were amazing because I saw them all in smaller clubs in New Jersey and Indiana. As far as my solo project goes, I’d say that seeing the legendary Zoviet France live at a festival in Wroclaw, Poland, at which I also performed with Amber Asylum, was the main catalyst in inspiring me to write and produce music on my own.

Music can certainly be both a spiritual experience and entertainment at different times, but for me, a deeper story is there. Music taps into something timeless and central to the human experience, a collective consciousness of sorts. Tones-vibrations-frequencies are the fundamental energies that make all life possible while also transcending life itself; they’ve always existed and will exist long after humans are gone. Music is just a way of capturing and reconfiguring that energy so that it continues to cycle through our bodies and transcend something larger than ourselves. Some may call this idea “spiritual”. Still, to me, it goes beyond spirituality because it’s not entirely in the abstract realm and is as fundamental to life as breathing and eating: I believe “we”, or sentient life beings, originated and evolved out of music-tone-vibration-frequency, and not vice versa, even though the latter is the more popular belief, and I think the fact that we came from this sound energy is exactly why, for many of us, the need to create music is a matter of life and death.