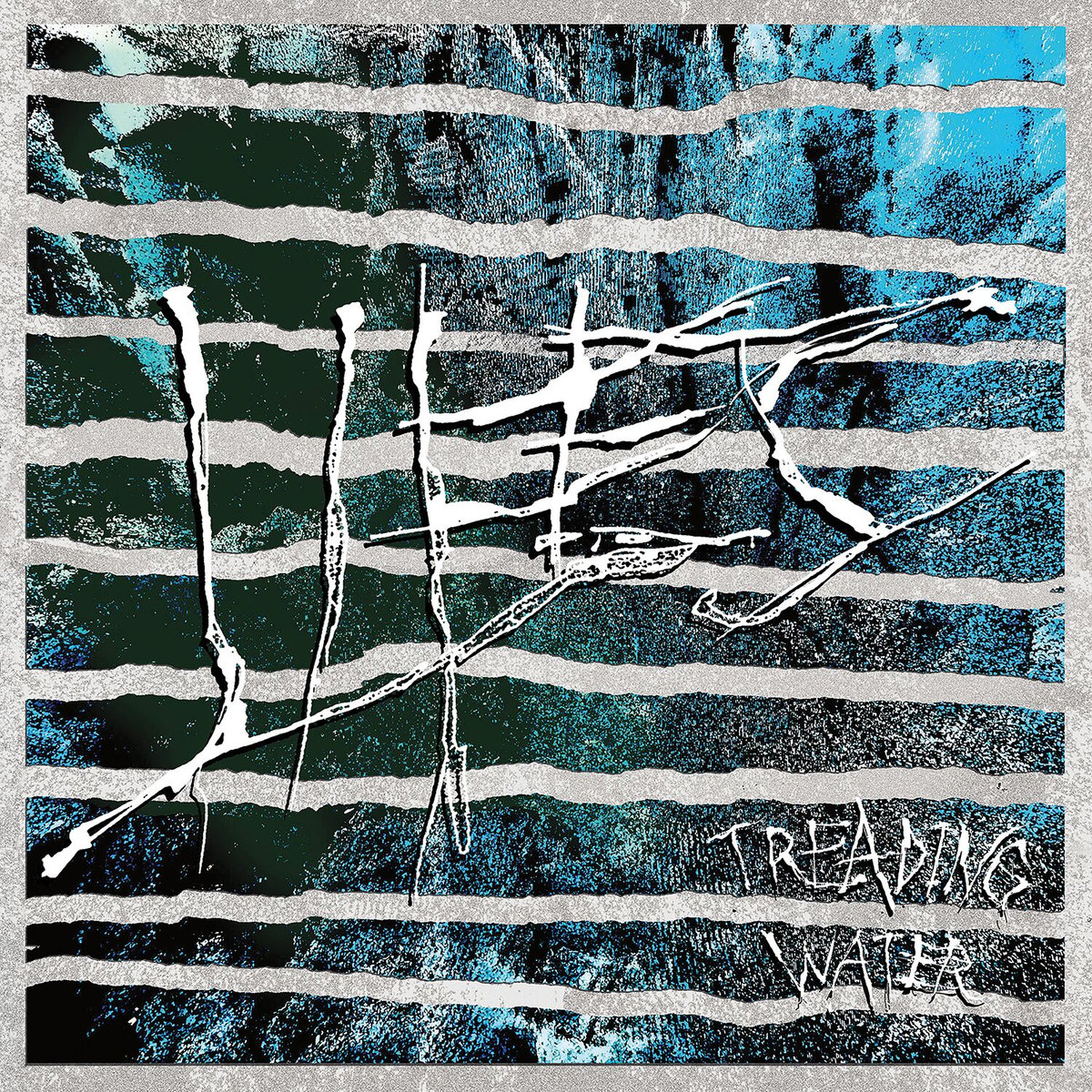 Ever wonder what kind of noise two doomsdayer dads would make if left to their own devices? Let LIFES answer that question for you. Gravitating toward the most brutal elements of fastcore and power violence, LIFES is the sound of spit nails and scorched earth. We are Dave Rudnik (bass, vocals) and Zak Holochwost (drums, vocals). Previous bands, we were part of include Kungfu Rick, Seven Days of Samsara, People Again, and Conquest for Death (among many others). LIFES formed in late 2012 as some of our previous bands were starting to lose traction. We had similar schedules with family life and work and decided a two-piece band would be the most logical option for both of us. We also have similar interests and musical backgrounds which is how we landed on our “sound.”

We spent the last year or so recording and mixing our debut LP, “Treading Water.” LIFES has released a handful of split 7” records in the past as well. But for ‘Treading Water’ we really spent a lot of time on it and we’re very happy with how it turned out. To us, it captures a lot of the chaos and urgency of our live sets. Without romanticizing the past, our main influences certainly come from when we began playing hardcore in the early/mid-90s. That general feeling of hardcore and powerviolence when a lot of bands sounded unique and experimented with sounds and overall weirdness. On the surface, it may all sound like chaos and noise, but deeper down we do attempt to write interesting music. To say that LIFES and our records are different and unique is arguable, but we definitely try to change up time signatures, breaks and fit a lot of parts into short amounts of space.

Lyrically, we never really go for a specific theme per se. Again, reaching back through our past bands and influences, we always have been drawn to other bands and scenes that stand for something and sing about important topics. We are no different in that we try to write lyrics that are current and make people think. Sometimes that comes out as a personal story. Sometimes it’s something in the news/politics. Somehow in 2019, we are still singing about how fucked up fascism is and how systematic racism and misogyny continue to choke out meaningful progress. But here we are, as full-grown adults, still screaming about how fucked up the world is while still trying to be positive about it for our families and friends. The older we get the less time we have for bullshit and it comes out in the form of angry songs.

The cover art for ‘Treading Water’ was a collaboration between Brandon Bauer, Jorge Tapia, and Dave. Brandon had done some art for previous bands Zak was in. Here’s Brandon’s take on the art: “LIFES sent me some images they were using as inspirations and told me the record would be titled ‘Treading Water.’ They said they wanted something that gives a feeling of exhaustion & failure. They also said they were leaning towards blue as a primary color. I just happened to be working with images of ice sheets calving and crashing into the sea for an upcoming art exhibition and thought those images spoke to what they wanted – rising seas, humanity’s failures to protect the planet and that many people in coastal areas are already ‘treading water.’ I worked up some images and we went back and forth a bit getting the colour and tone just right.”

Jorge Tapia sent his take and while we didn’t feel the cover was a perfect fit, we both loved the logo and the text. While trying to incorporate Jorge’s logo, Dave decided to chop up Brandon’s art to give it a different feel. The tears were intended to add additional depth or texture and we feel like the end effect mimicked waves, tying it all back to the treading water theme.

For a band called LIFES it’s funny that we yell a lot about death. And though we try to be positive influences our songs probably come out sounding pretty negative. That’s just sort of the reality we live in. We don’t try to fixate on any one theme. And we don’t try to sugarcoat anything because life is too short for that. We have to make our limited time here count for something. Our biggest inspiration is probably the people we meet through music. From our closest friends to any meaningful conversation we’ve had with a stranger at a show. Being involved with music and underground scenes have always inspired us to keep creating and we enjoy every minute of it. That’s why we’re still making music in a band. For those meaningful connections with people.

This seems like a loaded question. Has metal ever really been “dangerous?” Music is a form of expression. In our privileged lives in the U.S. music is never really a dangerous undertaking. It certainly can be used as a platform to create and inspire (hopefully for the good of people). But the music itself really isn’t a threat to systematic racism or misogyny. In order to make meaningful change in the world, you have to go beyond the music and start volunteering, donating, organizing, meeting, conspiring, etc. If the soundtrack to those actions is metal/hardcore/punk, so much the better!