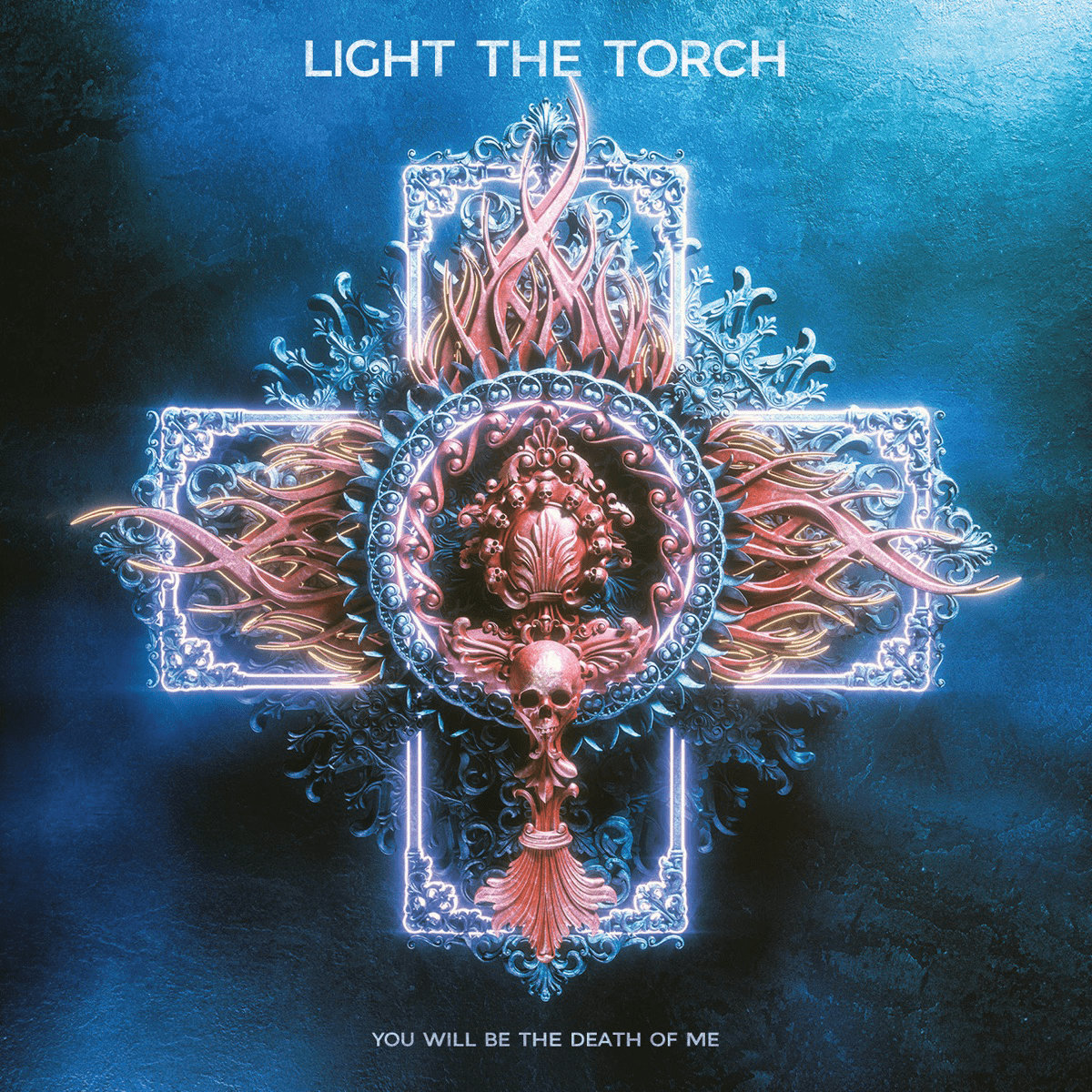 You will be the Death of me with Francesco Artusato

I was born and raised in Italy. I moved to America to study at Berklee College of Music, where I graduated in Film Scoring. I moved to Los Angeles in 2007, and I started playing with different bands. I joined and played with All Shall Perish between 2010 and 2015. Meanwhile, Howard, John and I started Devil You Know in 2012. After two albums and a lot of touring, Howard, Ryan and I started Light The Torch in 2017, after we had to change our band name. We released our second album as Light The Torch in 2021. I also work as a concept artist for film, video games, the automotive industry and do artwork for other bands as well.

Being the artist behind our artwork, it’s easy to “communicate with me” I usually start by thinking of colours and vibe, then I start by sketching ideas. I show my ideas to Howard and Ryan, and then I start working in third on more polished ideas. The album title is obviously a very important part of what I’m going to be working on. The simple artwork explanation, in this case, would be: the three flames represent the three of us, and since the title is “You Will Be The Death Of Me”, I added some skulls as well. Other than that, it was a matter of thinking about the music style and also I wanted to add an 80’s vibe (neons and smoke) thinking about John Carpenter’s movies as well. Mostly, this record to me “sounded” like the colour blue.

Howard Jones writes lyrics that can be interpreted in different ways. They always have been his style. They are about self-discovery, the deep dark side, and struggle. It’s usually a matter of feeling the songs are ready or not. I spend a lot of time writing and perfecting ideas because we want each record to sound unique and different from the previous one, so it’s a lot of research.

I believe in being a good citizen of this planet. I respect nature, the world and the people who show appreciation for those “forces” as well. I was a kid, and my older cousin made cassettes/tapes for my brother and me. He would include heavy metal and hard rock bands. I had different phases in terms of “heaviness”. Some of the metal bands that made a difference and created unforgettable moments when I got into metal were Dream Theater, Opeth, Meshuggah and Nevermore. Music still is one of the most powerful forms of art for me. It can still move me as nothing else can, and it’s very important to experience those moments and feelings. It’s a reminder of how connected we can be with our inner self. And those feelings are so pure and honest.